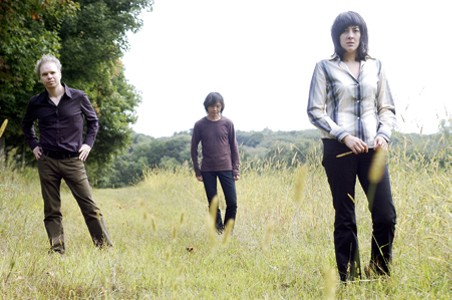 Within These Walls
Damon & Naomi’s self-produced seventh album, Within These Walls, released on their 20/20/20 label, is the duo's most intensely intimate and elegant work to date. Progressing from their work in seminal shoegaze group Galaxie 500, the movements are accentuated once more with the peripheral brushstrokes of Michio Kurihara’s electric guitar. Off the Record recently spoke with Damon Krukowski about communicating with Kurihara, the influence of Frank Sinatra, and sharing a bill with Japan’s doom masters Boris. They all play tonight at Mohawk, for what’s being billed the "Roaring Silence Revue."

Brrraaaannng!
There's a whole lotta loud making its way to Austin this weekend.

Tonight, sludge-metal mainstays the Melvins and other half Big Business total Emo's outside; Japanese thrash legends AGE tear it up inside with Peligro Social, World Burns to Death, Chronic Seizure, and Tolar. Further down Red River, local riffmen Those Peabodys channel the Seventies, as do reformed punks the Avengers at Red 7, but more legitimately because, well, they were there.

Plug up and resist using your "inside voice."

Recalling the record store’s notorious in-store performances, Snake Eyes Vinyl hosts a benefit tomorrow at Room 710 with the Roller, Maelstrom, Spittin' Bullets, Split Hoof, Fuck Work, and Voidland. While the hardcore outlet continues its search for a new location, the oft-forgotten Encore Video (1745 W. Anderson Ln.), which recently expanded its vinyl selection, is by default the best place in town to for all your death, black, and classic metal needs.

Help Out Lance Hahn
Update: It was reported Sunday that Lance Hahn passed away after a long battle with kidney disease. As a writer, musician, and human being, he will be missed.

J-Church guitarist Lance Hahn was back in the hospital as of Friday, making the Beerland benefit held last Sunday an especially crucial one. Hahn had undergone surgery for ongoing heart and kidney problems and eventually will need a kidney transplant but, like many Austin musicians, he doesn't have reliable health insurance and medical bills are mounting. His No Idea Records label has put out a benefit album, and you can also donate at various Vulcan Videos around town. Tuesday's Not Gone
Hardcore Country is back at the Broken Spoke. This homey little aggregation of local and national legends has been around since 2004, but they took a hiatus for a few months last year and earlier this year.

Alvin Crow leads the pack on fiddle and vocals, with Jason Crow on bass, Neil Flanz (Gram Parsons) on steel, and Pete Mitchell (Ernest Tubb) on guitar. Sometimes Pinetop Perkins shuffles in and plays a little piano. Spoke owner James White is always on hand to do numbers like “Mr. Honkytonk and Mr. Barstool,” Buck Owens’ “Cinderella,” and “Mountain Dew.” This show was a personal favorite of Clifford Antone.

Tuesday is shaping up for us older folks as a hot night for seeing music, even with the departure of the queen of Tuesday, Toni Price. Dale Watson returns from Europe and picks up his Tuesdays at the Belmont Oct. 23 at 7pm. That’s an opportunity to not only catch his new “Ameripolitan” style, but see the legendary Gene Kurtz, co-writer of “Treat Her Right,” on bass. 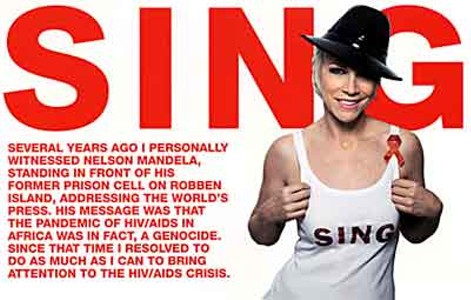 When Tomorrow Comes
Policemen ticketing a guy for bathing in the fountain across from The Dallas Morning News at least signals life. On game day Sunday, “The Big D” stands for desolate. Amtrak empties into the heart of downtown, one way only, six-and-a-half hours, and $30 outta Austin, 4pm.

Synth Party!
Have you hugged your analog synth today? Saturday at the Salvage Vanguard Theatre, the third annual Austin Analog Synth Party goes down. Organized by former Zom Zom Chad A., synth-heads are encouraged to bring their own vintage or homemade synths, or just come and listen to the cacophony. Headphones with a 1/4" plug are highly recommended.

The Mystic's Dream
If you're a fan of Loreena McKennitt, you've most likely only heard her albums or watched her DVDs. She seldom tours and when she does it's rarely in this part of the country. Her show Tuesday night at Grand Prairie's Nokia Theatre outside Dallas - only her third performance ever in Texas - was a revelation to fans seeing her live for the first time. That voice, so crystalline on album, is even more gorgeous live. Dumb but Pretty
Breakthrough follow-ups by Rilo Kiley and Devendra Banhart bring to mind Tommy Tutone’s rejoinder to his one-off hit scrawled across bathroom walls, a song called "Dumb But Pretty" Given that the former band's Under the Blacklight got snuffed in these pages for cheap concerns, while the latter performer's Smokey Rolls Down Thunder Canyon sank in waters equally shallow, only the L.A. quartet’s and the L.A. hippie’s charisma seemed intact. Last night, they squared off across town from one another.