Outside Outsider Art That's Out There
While perusing this story in the November 25 issue of the New York Times about James Turrell, the Flagstaff artist who's turning the Roden Crater into a mysterious work of art, I noticed the name of local percussionist Chris Cogburn. As one of the handful of people actually invited to the Crater each year, he participated in the Austin to Arizona leg of last year's Poetry Bus tour as the sole musician, playing in the Crater's eye.

"The work itself is massive, celestial in scope, and truly inspiring," Cogburn relates. "It made me think alot about a person's relationship towards his/her work and, perhaps, amplified the notion that what is most communicated through one's art is the energy put into, and the relationship towards, one's own practice. Really, I don't think any of us could have anticipated the scope of the work and its effects. It was very much a moving personal experience, as well as a deeply shared collective experience for, and with, everyone involved."

An audio sample of Cogburn playing in the eye can be heard here. Scroll down past the photos. The renovated Crater is scheduled to open to the public in 2011. 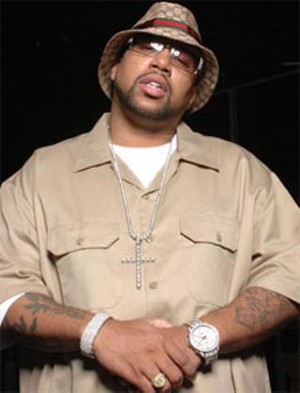 Bun B Remembers Pimp C
After finding out about legendary Houston hip-hop duo UGK's Grammy nomination, this MTV interview with other half Bun B is especially bittersweet.

You can also listen to Matt Sonzala's three-hour Pimp C tribute here and read his interview with Bun here. So writes R&B scholar and music purveyor Billy Vera in the liner notes to Atlantic Soul (1959-1975), a 4-CD box set from Rhino Handmade, the Internet-only arm of the reissues giant. A limited pressing of 3,000, the new compilation jukeboxes the second installment of three collections marking the 60th anniversary of Atlantic Records. Atlantic Blues (1949-1970) began the rollout this spring, and Atlantic Vocal Groups (1951-1963) concludes the series next year.

“By 1959 the original rock & roll momentum was slowing down, and many of Atlantic’s attempts at keeping up with the kids were starting to sound alike and somewhat contrived,” furthers Vera. “Everybody at the company was tired of, in the words of Cashbox, ‘chasing teen coin,’ and the records reflected this fatigue.”

Atlantic Soul (1959-1975) is what the late Ahmet Ertegun and his partner Jerry Wexler came up with instead. 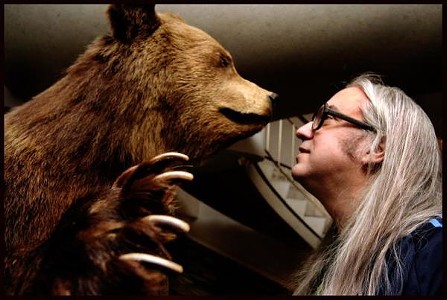 In the Mouth of Mascis
Dinosaur Jr.’s J Mascis is a man of few words, especially when you catch him moments before soundcheck. However, prepare to catch an earful Friday when the reunited trio hits Emo’s outside with Awesome Color and Grand Champeen.

Off the Record: It seems like a lot of the great indie bands from the Eighties are either reuniting or reissuing old material. What do you attribute that resurgence to?
J Mascis: There's a lot of bad music these days. Maybe we just sound better in comparison. It had been so long that even I had forgotten how great Mission of Burma was live. Seeing them was kind of inspiring for us.

OTR: What feels different this time around?
JM: I guess I like playing live more now. I used to think more of it as a pain. I don’t really know.

OTR: What were the initial practice sessions like for the reunion tour?
JM: They were pretty good. It was kind of strange. It sounded kind of the same immediately. It didn’t take long to get back together.

OTR: At what point on the tour did you know you were going to write an album?
JM: Maybe after about a year or so we realized that we wanted to keep going and to play more shows.

Signed Sealed Delivered
To define Stevie Wonder solely in musical terms undervalues his full contribution to humanity. The pure, unfettered joy and message of love the 57-year-old musician has spread worldwide since his youth at Motown Records – for whom he still records – takes on Martin Luther King-like proportions in their unification of a species. Stevie Wonder’s universe, musical and otherwise, functions on the metaphysical laws of mankind as one mind, body, and spirit. The full house last night at the Toyota Center in Houston stood, clapped, screamed, and sang as a single entity.

“Hello!” exclaimed Wonder in his timeless pitch of exuberance. Guided onstage by his voluptuous daughter Aisha Morris (“I know what you’re thinking,” he laughed, warning that he had a shotgun. “And I never miss.”), the former Steveland Hardaway Judkins retold the story of a dream he had upon his mother’s death last May. “She said, ‘Boy, you better get your ass out there [on tour].’” One has the late Lula Mae Hardaway to pay blessed thanks for her son’s first extended road trip in a decade.

Before opening the two hour and 45-minute concert with “Love’s in Need of Love Today,” Wonder preached exactly that then sat at the black grand piano among a city of instruments piled high around him. Soon, his 11-piece band joined in as he switched to his electric keyboards for a triptych of tunes from 1973’s Innervisions, “Too High,” the dazzling “Visions,” and “Living for the City,” which pulsed through the arena in a tsunami of communal ecstasy. All present joined Lula Mae Hardaway in her new high-rise.

On the Download
Tunecore, the flat-fee digital distribution service connected to iTunes, Rhapsody, Amazon MP3, among others, has compiled a 34-song sampler that’s currently available for free. Interspersed between national notables like Public Enemy, the Dandy Warhols, and Steve Vai is a handful of Austin bands, including Brazos; Pink Nasty; Belaire; Tacks, the Boy Disaster; Peter & the Wolf; and Oh No! Oh My!

White Denim, meanwhile, has released “World as a Waiting Room,” the first track from an exclusive four-song EP, to RCRD LBL, a new ad-generated blog and affiliate of Downtown Records.

Pissed Jeans: That Warm Feeling Below
The awesomely named Pissed Jeans headlines the Saturday slot of Beerland's massive, inaugural garage rock fest, Ground Zero Texas, and by that point in the weekend everyone should be sufficiently blotto.

Good thing, that. The Philly quartet's Sub Pop debut, Hope for Men, is abrasive and bottom-heavy, but singer Matt Korvette, who definitely barks like a Yow, doesn't mind getting introspective, questioning what it is to be a white, middle class adult male with a day job in a rock band without whining about it. Korvette pokes fun at himself just like he does the Whole Foods-shopping, Ford Explorer-driving passerby ("The Jogger") or a boot-licking acquaintance ("Caught Licking Leather"). The first song out of the gate on Hope, "People Person," warns us he's not one; on "Fantasy World," he barks that he's a "special guy in my fantasy world." It's awkward, animalistic, and I recently asked Korvette about adjusting to being a grown-ass man.

Austin Chronicle: Hope for Men is one of my favorite albums this year; I like the way it wrangles the banality of everyday life and soul-sucking day jobs, which seems to be a big theme in the album. Am I off base here?
Matt Korvette: No, I'd say that's a pretty big theme in both the album and my life, really. I spend 40 hours a week at my job, and probably like 1 or 2 hours just thinking about my job when I'm not working. I'm definitely coming to terms with being an adult, one way or another.

Rock 'n' Roll Books Redux
The stack of rock & roll books on my desk was barely mined in this week’s review section. Laurel Canyon: The Inside Story of Rock & Roll’s Legendary Neighborhood by Michael Walker (Farrar Strauss Giroux, $14, 226 pages) accompanied my reading of Morgana Welch’s Hollywood Diaries. In this book, Welch is grown up and her voice is one of many that paints details in this picturesque book about the fabled Los Angeles canyon. Walker eschews personal musings and lets the inhabitants reflect on the magic that lined streets with names like Wonderland Avenue. Graham Nash, Michael Des Barres, Mark Volman, Henry Diltz, and Gail Zappa are among the glittery whose memories of it are untarnished by time.

Walker excels in making the canyon come alive at its best, with the sounds of the Byrds drifting through the trees, Crosby, Stills & Nash lifting their voices together for the first time, and a particularly warm portrait of Cass Elliott of the Mamas & Papas. It was the Doors, Steppenwolf, Joni Mitchell, the Turtles, Frank Zappa, John Mayall – the California dreamers who rode the peaceful canyon breeze, if only until the idyll was shattered by the dark shadow of the Manson Family. If you loved Positively 4th Street, about adventures of Dylan, Baez, Farina, et al in the West Village, Laurel Canyon is its bookshelf neighbor.

Just a Family Thing
Some of you are going to snicker, but I’ve grown fond of Avenged Sevenfold for much the same reason that I’ve been listening to a lot of 101X lately: Teenagers have invaded my house. That means Linkin Park’s “Bleedin’ Out” and Rihanna’s “Shut Up and Drive” rank way up on my current Top 10 (which actually is more of a Top 6), and I can identify two members of Fallout Boy. None of these causes as much uproar around my house as the recent release of Avenged Sevenfold’s new self-titled CD.

Johnny Christ is 23 years old and on tour with Avenged Sevenfold, one of the hottest alt-metal bands around, but the bassist is quick to point out he did not drink the blood of a king cobra during their recent jaunt to Jakarta, Indonesia. Aside from that, life with the Huntington Beach, Calif.-based quintet suits him just fine, especially coming off the band's smokin’ summer, which included headlining both the Warped Tour and Ozzfest followed by their fourth release that went No. 1 immediately on MTV’s Total Request Live. Currently on tour to promote the album, Johnny Christ called from the road to chew the phat before their La Zona Rosa gig this Saturday, Dec. 1.