Jana Hunter: 'Feow!'
Jana Hunter may have left Texas for the balmy shores of Baltimore, but her heart (and ears) are still here. She recently launched a label, Feow! Records, along with friends/musicians Matthew Brownlie and Arthur Bates, who are in Houston bands Bring Back the Guns and Wicked Poseur, respectively. Upcoming releases include singer-songwriter Deer Tick's War Elephant September 2 and Bring Back the Guns' Dry Futures October 4.

"My main motivation was to get the Deer Tick and Wicked Poseur records out into the public," Hunter says. "Right now, things are a little tricky since I moved. As things progress, we'll see where it goes, but I think Matt at least is in it for the long haul and wants to focus mostly on Houston bands. I'd like to stick to things I'm most excited about, no matter where they make their home, and eventually expand into print and other media. I'm not sure whether or not these interests will keep us on the same page or lead us in different directions."

In the meantime, Hunter gears up for a fall tour with old friend Devendra Banhart, which hits La Zona Rosa October 7.

Come and Take It
A handful of Austin bands decamp to Lawrence, Kansas this weekend for the fourth annual North vs. South Music Festival. The three-day event, held in various venues across the city, begins with the Meat Purveyors, Xcella, and Ethan Azarian on Thursday. Friday it's Moonlight Towers, Militant Babies, Magnet School, Summer Wardrobe, and Til Were Blue or Destroy, while Grand Champeen, Crawling with Kings, the Service Industry, Cat Scientist, and Sally Crewe do battle on Saturday. 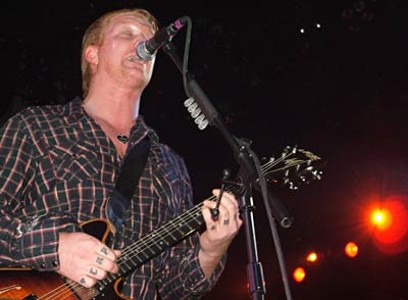 ACL: Countdown to Meltdown
With the Austin City Limits Music Festival exactly one month away, it may be time to start camping out at the ACL studios. The television series, now in its 33rd season, just announced its taping schedule for that weekend.

Crowded House kicks things off on Thursday, September 13, followed by the Arcade Fire on Friday, Wilco on Saturday, Regina Spektor and Bloc Party on Sunday, and Lucinda Williams on Monday. Call 475-9077 for more information.

In related news, the White Stripes and Queens of the Stone Age aftershows have sold out, and it appears more and more likely that Amy Winehouse will cancel her appearance due to "clinical exhaustion."

One for the Girls
It was the long week that grew longer. After Uncle John Turner died six days before his tribute show, there was a faint sense of relief. Not that he was gone – that was terribly difficult in itself – but that the psychic weight of his illness and his pain were lifted from his wife, his loved ones, and his friends.

Antone’s was already buzzing late that Wednesday afternoon. Winter’s RV was parked in front of the club, just like the old days when Albert King would pull his bus up in front of the Sixth Street club. “I Play the Blues For You,” read the banner on the side of King’s bus. Winter’s vehicle had no such proclamation, but he didn’t need it. His presence alone said, “I’m here to play the blues for you, Unc.”

The bands were scurrying around loading equipment as Erin Jaimes began the monumental task of getting the show going. Veteran scenester and gal-about-town Emma Little organized the silent auction in her inimitable way, and I set up tables for the “health and education sector” that Kumi Shannon joked we were in charge of. As it was, the Liver Foundation of Central Texas, the Health Alliance for Austin Musicians, the Texas Organ Sharing Association, and SIMS were all well-represented, thanks to the LFCT’s Ginger Busboom and Brandi Smith and SIMS’ Sandi Bruce and Catarina Sigerfoos. Club flack Jessica Jarrett buzzed around leaving guest list info for Ilsa Haynes at the door while Susan Antone dropped by to check on things. Things were good. 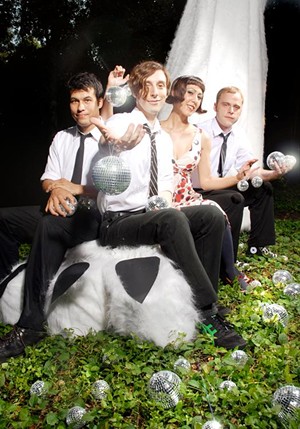 Helium Tea
Anyone who attended Soundcheck Magazine’s party in June at Emo’s must recall the Octopus Project’s rocket balloon experiment: Thousands of bright and shiny rubber objects shooting out in all directions like a batch of fireworks.

The instrumental visionaries, who release their third Peek-A-Boo full-length, Hello, Avalanche, on October 9, attempted to recreate the moment during their headlining performance at McCarren Park Pool in Brooklyn, only this time with a little help from Japan’s Peelander-Z, and a little too much help from the wind.

Dude #1: I was getting somewhere with that chick.

Dude #2: Those boobs have seen some breastfeeding, that's all.

Ah, Ween fans. They're a strange bunch. And Ween, well, I can't say they disappointed those fans last night. The sold-out show at Stubb's smelled like weed before Gene and Dean (Aaron Freeman and Mickey Melchiondo, respectively) even stepped onstage. And I couldn't really see it any other way.

Ween's career trajectory has been a curious one. They went from a lo-fi Shimmy Disc band in the early Nineties to releasing EPs on the more experimental Flying Nun Records, and eventually became most successful on Elektra. For the kind of music they do, it's a bit mind-boggling that they're still so popular, but they get props for still dressing the same way they did in 1991. 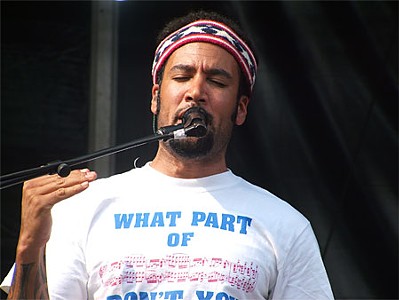 More Virginity
Baltimore, the self-proclaimed "Greatest City in America," is better known for its ever-rising murder rate than its musical culture. But underneath the grime and crime there is, in fact, a thriving local scene, evidenced by the recent Whartscape 2007, a three-day festival that spotlighted local artists like Spank Rock, Dan Deacon, Cex, the Dirty Projectors, xbxrx, and the Death Set, supported by killer indie music retailers like the Sound Garden.

Contrarily, the second annual Virgin Festival, held this past weekend at the Pimlico racetrack, is a more corporate affair. There were no surprises or collaborations, just big name bands delivering their best to more 70,000 fans over two days. Here are a few photo highlights from the weekend. 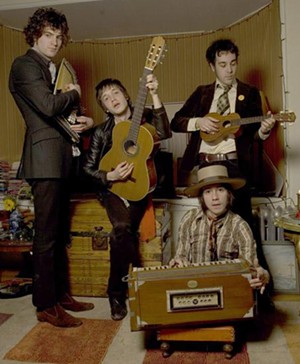 Back to the Future
More than 40 years after the first British Invasion, the four members of Chicago’s the Redwalls average less than half that number of years in age. No matter how they got there, the young quartet breathes fire into its Sixties-style garage punk and power-pop. They’ve had some label problems in the past, dropped by Capitol at the beginning of the year. But with youthful vigor on their side, it apparently hasn’t affected their stage presence or mix-and-match sound one iota.

At Saturday's Mohawk show, the Redwalls proved they're not just Beatles imitators. Styled as if it were 1966, with pointy shoes, skinny jeans, and poofy hair, they jangled and harmonized through a set that was dominated by songs from 2005’s De Nova (Capitol).

And there were new tunes from their upcoming self-titled, due in October. “Edge of the Night” set guitars abuzz for a near perfect pop tune, while “Build a Bridge” showed off brotherly harmonies.