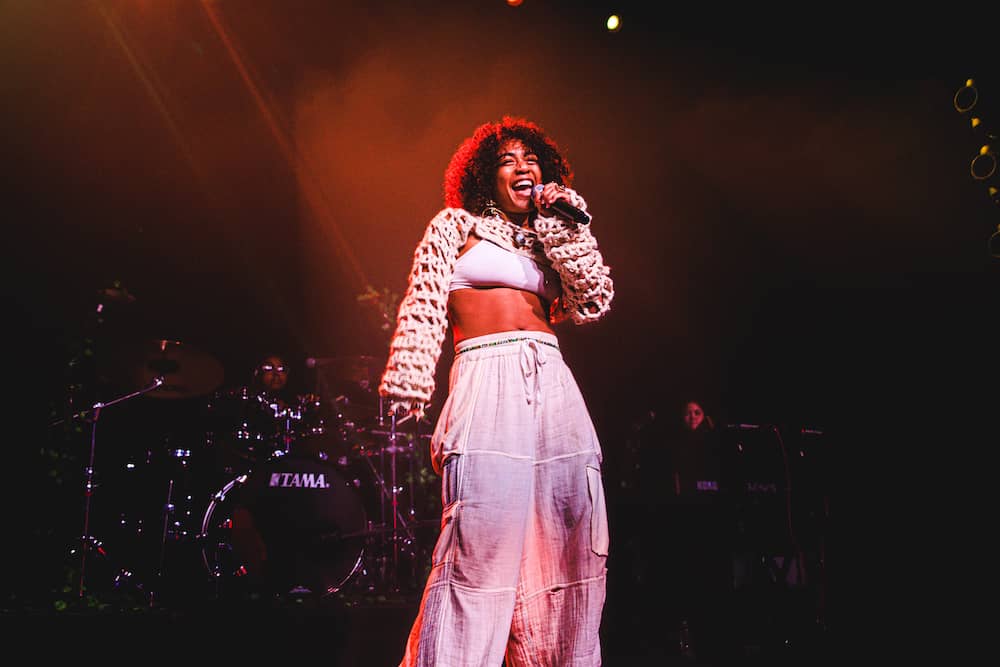 UMI headlined the fifth annual Hi How Are You Day concert on Jan. 22 (Photos by Isabella Martinez)

Commemorating the birthday of late Austin musician Daniel Johnston, the fifth annual Hi How Are You Day took stage at Emo’s Sunday night.

Held by the nonprofit Hi, How Are You Project, the annual fundraiser streamlined from past long-billed Moody Theater events to host two young acts due at Coachella 2023. At the event, Dick Johnston told the Chronicle that the board of directors made the decision to move away from showcasing musicians that are notably fond of his younger brother’s work (such as HHAY Day 2022 headliner Grouplove) in favor of younger acts that will encourage new audiences to explore his discography. 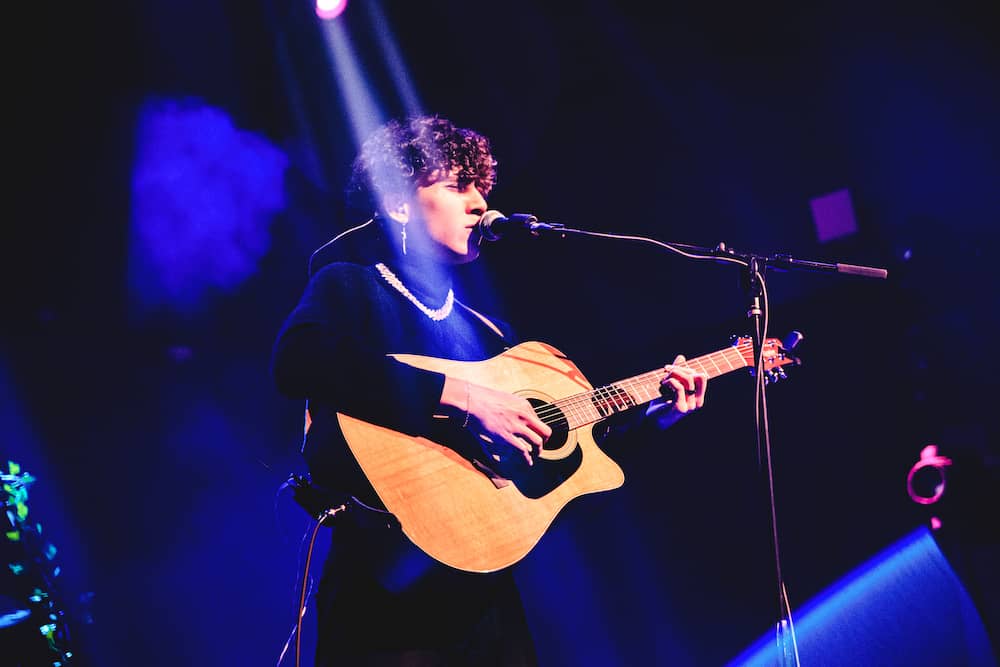 2022 Billboard Latin Music Award nominee DannyLux (Daniel Balderrama) opened the show with classic Chicano corridos and sierreño ballads. The three-piece, which consisted of two classical guitars and an electric bass, performed a cover of Johnston’s notable song “Story of an Artist” translated into Spanish, and concluded their set with the melancholic love song “Jugaste y Sufrí.”

R&B artist UMI headlined, walking onstage barefoot and clad in ethereal white linen garments. Born Tierra Umi Wilson, the mental health advocate preceded her act with a guided meditation, which encouraged rows of young audience members to close their eyes to breathe in and out alongside the neo-soul singer. Starry-eyed spectators watched in awe as the songwriter poured out rich vocals for her track “Down to Earth.”

A cup of tea, placed in center stage alongside a lit sage incense, emitted smoke that waved through the lilac hued lights, as she proclaimed, “If you came here with someone you love, give them a hug, and if you came here by yourself, give yourself a hug!”

The event coincided with the Hi, How Are You Project’s announcement of a report in collaboration with American Campus Communities and the College Student Mental Wellness Advocacy Commission, which found that 81% of college-aged students support their mental health through music, a dynamic which nonprofit founder Tom Gimbel deemed “happy medicine.” The HHAYP also announced their ongoing collaboration with UT-Austin student podcast the Drag in collecting audio interviews with high-profile musicians during ACL Fest. Recording will take place within a tent recreating Johnston’s former living room, providing another intimate link between the Austin musician’s artist legacy and the next generation.

Six Concert Picks to See This Free Week(end)
Primo shows at no cost, from Yung Bambi to Amplified Heat