Known as the vibrant host of afternoons on KLBJ 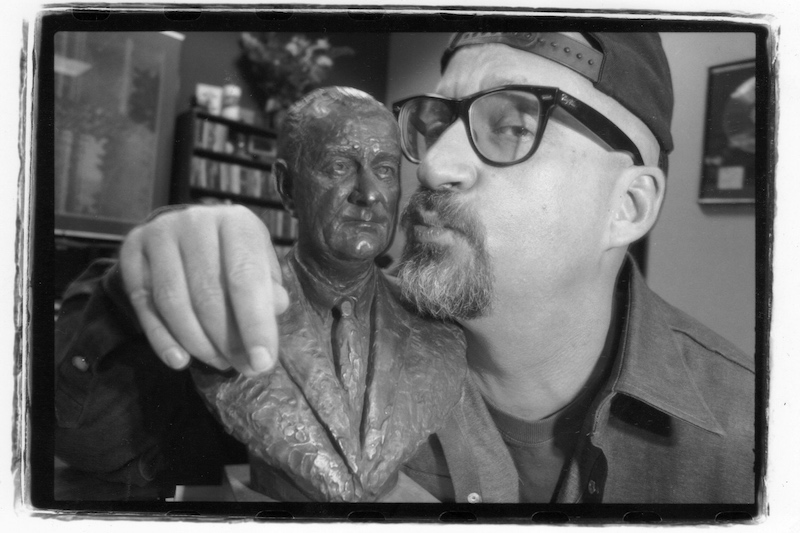 Former KLBJ deejay Johnny Walker, regarded as one of the most vibrant and respected personalities in Austin rock radio for more than a decade, passed away Monday at the age of 68.

His sister, Cissy Walker, confirmed to the Chronicle today that Walker had suffered a series of strokes in recent months that caused a gradual deterioration in his health. The impactful voice on Austin airwaves was born Darek Walker and grew up in Shreveport, Louisiana. He is survived by his son, Tyler.

Family and friends still connected to the music business are in the early stages of planning a memorial concert for Walker.

Cissy likened her brother to the “hippie always looking for the next van ride to the next show.” After working in radio across Lubbock, Albuquerque, Reno, and Spokane, Wash., Walker landed in Austin in 1987 as part of a Z102 morning show called The Breakfast Flakes. Walker then moved to KLBJ in 1991, where he found his true home on the city’s main rock & roll station. 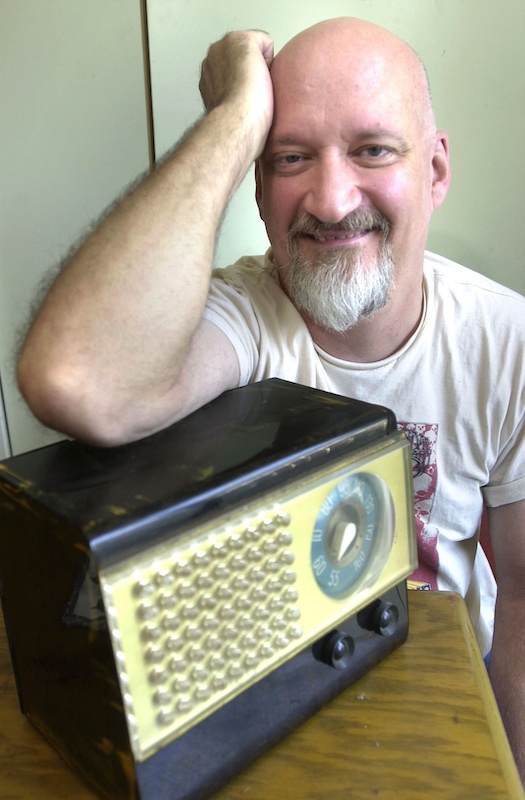 His profile grew largest during his KLBJ afternoon show, where he was an avid supporter of local acts such as Soulhat, Joe Rockhead, and many more. Soulhat’s “extended bone” nine-minute cut of the song “Bonecrusher” became a staple of Walker’s Friday broadcasts, played at 5 pm to mark the official end of the work week for listeners.

Dale Dudley, who worked alongside Walker at KLBJ, says: “It became a tradition where that song was going to be played at that time, just like in small towns they’d play the national anthem at noon. But his thing was about, ‘OK, you’re off from work, so go have a party and live it up.’”

Dudley and others praised Walker’s distinct on-air personality that came across the airwaves as authentic and honest.

“He’d kill me for saying this, but I think part of his success was because of his Texas accent,” says Dudley. “He wasn’t a big country fan, but he was a huge rock & roll fan and was able to transfer that over. It made him extremely listenable and great [at] doing interviews.”

Walker’s standing at KLBJ suffered after the Johnson family sold the station, and a group of sister stations, to Emmis Broadcasting in 2003. The following year, Walker was moved to part-time with a prerecorded evening show, and was released for good in 2007. At the time, in a feature entitled “The Last Rock & Roll Deejay: KLBJ cans the legendary Johnny Walker,” the Chronicle’s Kevin Brass wrote:

In many ways, it was the end of an era. Walker is a member of a disappearing breed of hard-rock deejays, grounded in Led Zeppelin and the Allman Brothers, who lived the music as much as the bands and fans. On the air, they were conversational and honest, making it OK to share stories of late-night concerts, hangovers, and one toke over the line, sweet Jesus.

Walker never returned to radio, working in sales while also pursuing acting and voiceover work in subsequent years. He also dealt with the recovery from an earlier series of strokes that impacted his health.

“For him it was always music,” remembers his sister Cissy. “He started on radio in Albuquerque and then he came to KLBJ. For whatever reason, [Lady Bird Johnson] and him really got along, and at a lot of KLBJ events she would ask that he escort her. It was such an odd relationship, the freaky rock & roller and the dainty first lady, but he very much loved that family before the station was sold.

“He loved being a part of the culture of music with the station, and supporting everything it brought to people and the evolution of live music in Austin.”

Loris Lowe, former KLBJ deejay now at Austin City Limits Radio, met Walker when he was on air at the Lubbock country station KLLL-FM and co-owned a small recording studio. They reconnected in Austin, where they both worked at KLBJ during the station’s Nineties heyday. Lowe remembers KLBJ bus trips to concerts in San Antonio, Houston, and Dallas, which she describes as “insane parties on wheels” led by Walker.

“He was just so rock & roll – a no-holds-barred and completely honest guy with no pretension at all,” says Lowe. “He was funny and became a big friend to a lot of local bands because he had such a big following. Those rockers could relate to that, because he lived the life.

“Lots of deejays put on airs, but he was always plain spoken and talked about the things people could relate to like partying… and being hungover.”

Andy Langer, a longtime deejay on KLBJ’s sister station Austin City Limits Radio, recalls Walker’s habit of reading off the departing flight times on the Monday after South By Southwest to celebrate the city’s residents taking Austin back from music and tech industry outsiders. He describes Walker as “sort of the mayor” of a long-gone Downtown Sixth Street music scene dominated by rock clubs, where he was known as one of the most avid supporters of local bands.

“The benefit of being the afternoon guy and not having to wake up to do morning radio is that you could be out until 2am or later every night,” says Langer. “For a guy like him, he was out seven nights a week for months on end. In those days, you could literally walk in and out of five, six clubs clustered downtown on any given night. And Johnny had the ability to walk and wave his way through the front door.

“He was an advocate for those bands, whether it was Soulhat, Little Sister, Joe Rockhead, and later the Ugly Americans. He was the guy there right in front of the stage, who the next day played those artists on the radio for the rest of the city to hear.”

Former KLBJ program director Jeff Carrol brought Walker to the station from local classic rock channel Z102 (KPEZ FM), and was charged with reducing Walker’s role under the new ownership group in 2004 before terminating him in 2007. Carroll says Walker was loud and staunch in his support of local music, which helped him connect with listeners while he pushed against the status quo of commercial radio’s shrinking playlists.

“He was always involved in the music, knew the musicians when he’d go out to shows, and always wished KLBJ would play deeper cuts from all the artists. I can remember him in meetings arguing that’s what we needed to be doing,” says Carrol.

“He’d come across as this big bear of a man, but in reality he had this big heart and was a teddy bear, doing charity events and lots of things people didn’t know. They’d perceive him as this rock & roll dude who played hard rock on KLBJ, and inside he was a lot more than that.” 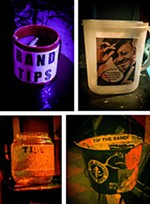 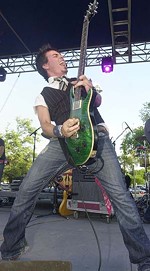