A riot of colors and near-constant screaming on historic run 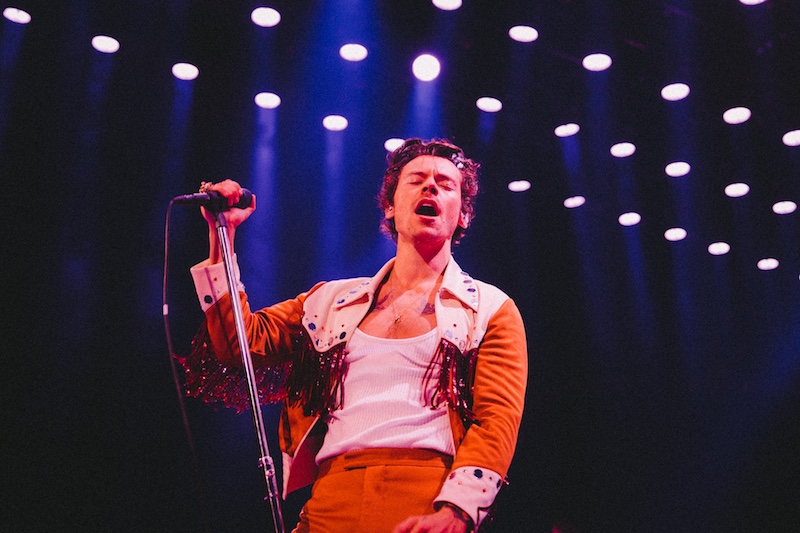 They pooled at the bottom of escalators, bumping along the grates. They blew into gutters along MLK. They alighted in the breeze, blowing along the sidewalk like glam tumbleweeds. Pink, green, black, blue, purple, hot pink.

After Harry Styles’ 2021 Grammys appearance, feather boas became a fashion staple at his shows, where fans often pay homage to the British performer’s iconic looks. The élégante crowd at the Moody Center on Sunday night came ready: Boas of all colors hugged the necks of so many attendees it seemed like a requirement to enter the venue. And so, boa-less and lacking accepted substitutes like a feather-lined cowboy hat, I was starting to feel left out. That’s when a generous woman in the pre-show bathroom queue offered me a spare. “I figured someone in my group would forget one,” she explained. “No one did.” 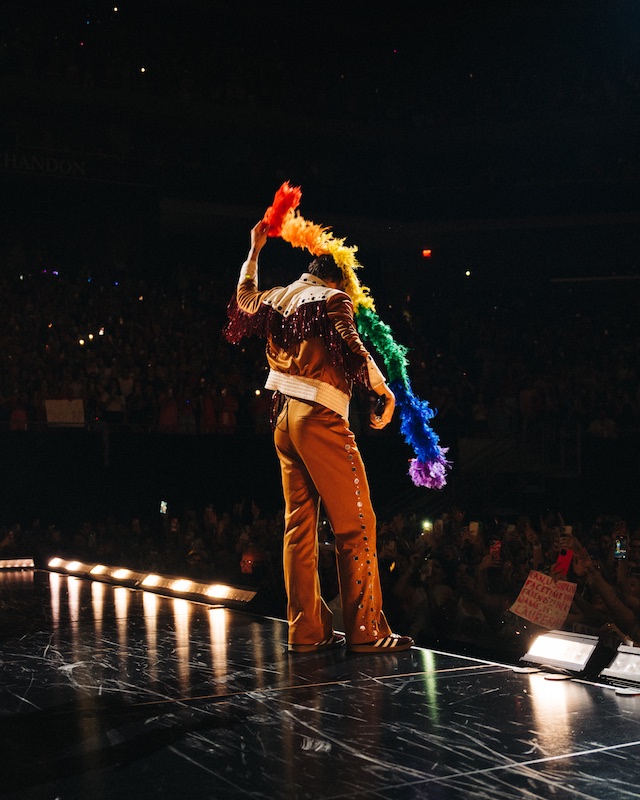 Austin takes the first stop after Styles’ historic stint at Madison Square Garden, selling out 15 consecutive shows — the first person to do so in the 21st century. Night one of Styles’ six-show run at Moody Center presented a riot of colors and wall of near-constant screaming, a serotonin shot of Beatlemania that seems impossible to capture over five more performances. But if anyone can do it, it’s Styles.

The visual aesthetics added an inextricable complement to the performance itself. Styles left the feathers for his fans, instead opting to perform in a burnt orange and white two-piece outfit that made him look like the Longhorn marching band’s sexiest new member, a fitting nod to his host city. For two hours, Styles ran through a 18-song setlist leaning heavily on this year’s Harry’s House, seats completely moot with the crowd on its feet. A six-piece backing band bolstered the performance, with an additional four-member horn section bringing ebullient, funky cuts like “Music For a Sushi Restaurant” to life on the back end of the night.

Cuts from 2019 sophomore LP Fine Line set an early hard-driving pace with the punch of “Golden” and “Adore You” back to back. Styles, who must have traveled the equivalent of a marathon over the duration of the set, ping-ponged between two jutting runways connected by the center stage. Moody Center was designed for this kind of a show, giving audiences a full view of every little hip wiggle. Performing in the round allowed Styles to work every inch of the stadium, and like a consummate host, he made sure his attentions were evenly distributed.

Styles left the feathers for his fans, instead opting to perform in a burnt orange and white two-piece outfit that made him look like the Longhorn marching band’s sexiest new member.

As he wound down the pre-encore, Styles saved a slew of bangers for when he really hit his stride. One Direction’s “What Makes You Beautiful” collapsed into a muted, slowed-down trumpet solo, unveiling itself as the melody to “Late Night Talking.” The brass continued through “Watermelon Sugar,” adding a warm shot to the instrumentation.

Styles’ energy, ceaseless and infectious, proved equally effective in the stilled moments of the show. An early quick pace slowed briefly with the acoustic-driven “Matilda” and the slow drip of “Little Freak,” rare moments where the whole venue wasn’t caught up in joyful pandemonium. He opened the three-song encore with the slow sway of “Sign of the Times,” a reflective and purposeful delivery that felt just as charged with energy as its much-anticipated follow up “As It Was.”

Styles’ breakneck touring pace will continue after his Texas stop: From here, he’ll play six shows in Chicago, then 15 more in Inglewood before taking the “Love On Tour” international. But for now, the Moody Center is Harry’s House, or, as a woman I overheard while walking out put it: “For the next week, Austin is going to be coated in feathers.” 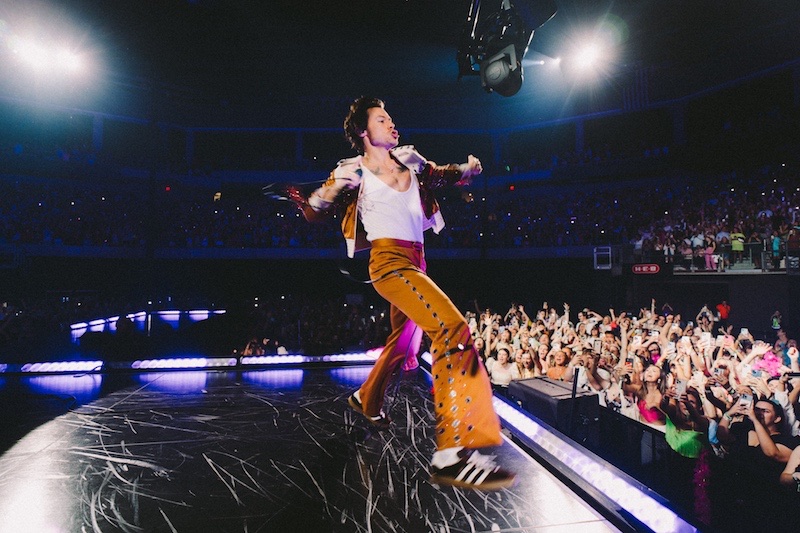 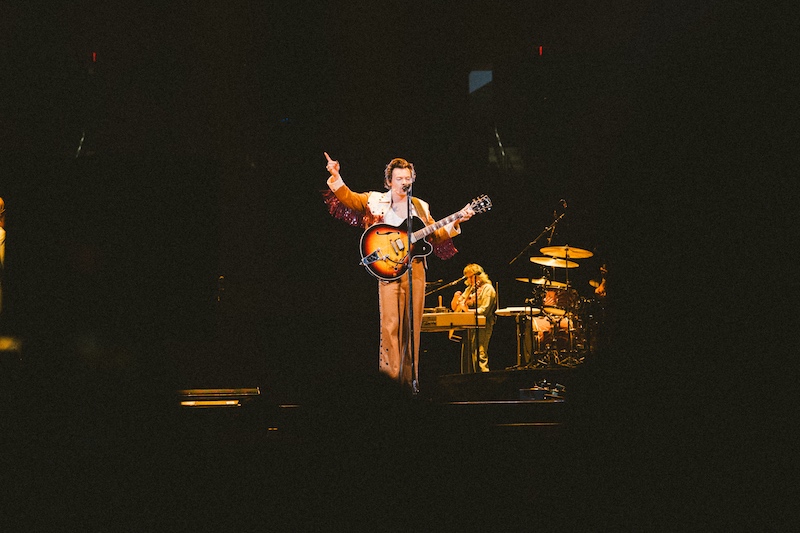 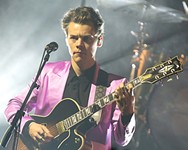