Listen to This: David Beck Breaks Down Bloom & Fade

David Beck was hiding from the ceaseless flow of information when Bloom & Fade began germinating. Fall of 2020, a presidential election transpiring, he and his girlfriend secured 10 days of solitude in New Mexico and unplugged. That’s when the songs started coming. 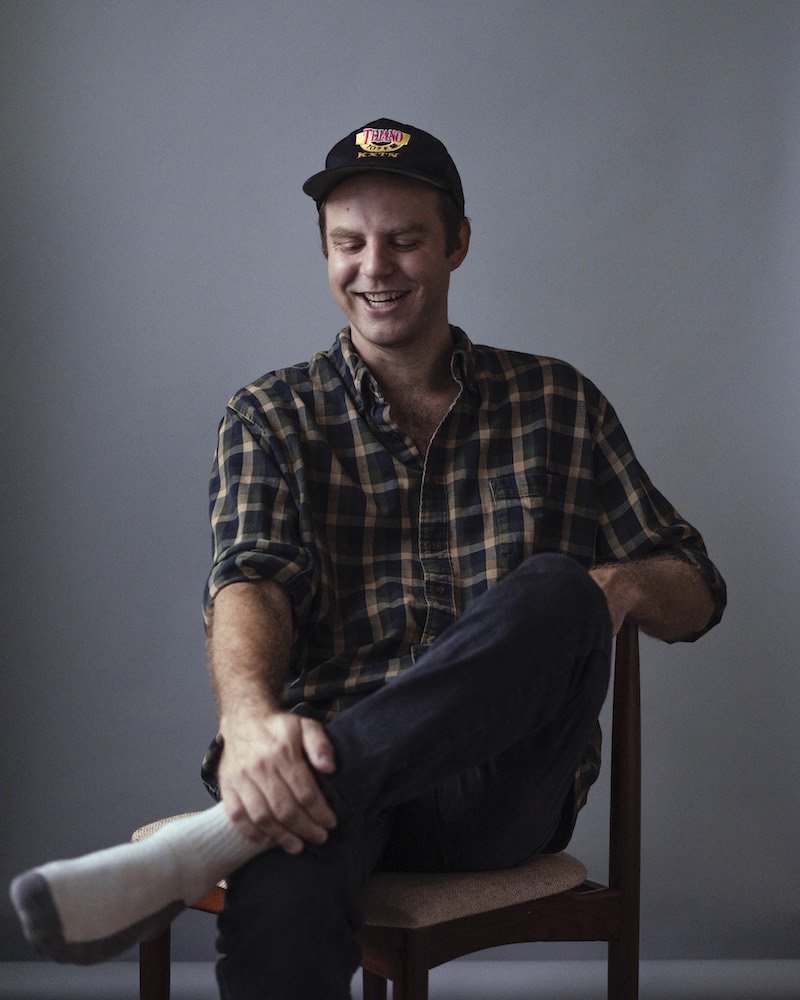 “I think they’re the most personal songs I’ve ever written,” says Beck, also known for his upright bass playing and singing in Sons of Fathers, Blue Healer, and David Beck’s Tejano Weekend. “I realized there was this giant swath of subject matter I hadn’t ever touched on, which was my family history and the people within the family. I was inspired by Adrianne Lenker from Big Thief because she has so many songs about her childhood and these people that she knows and her grandma. All of a sudden I found five or six stories that were really important to me.”

Those connections stand out in “Ballad of a Dreamer” and “Bright Star,” where family ties are strung through lifestyle and loss. Today, the gentle-voiced songman goes deeper, breaking down Bloom & Fade track-by-track. Before it hits the wider world, you can give the album an advanced listen below. David Beck and his band bring the 10-track work to life Friday October 7 with a release show at Sagebrush.

“A few years ago I had the realization (with the help of a therapist) that not everyone values the same things in life. Money over family, career over friendship etc. This answered a lot of questions I had about my own family. How could someone who preached constantly about doing “good” abandon an entire family? This song is written from the perspective of one of my uncles about his father.”

“I had a first verse and chorus and nowhere to go, luckily I have talented friends who can bulldoze their way through songs. Conner Arthur of The Droptines and myself finished this tune in one of the writing room at the BMI office in Austin, TX. This song is about acquiring burdens and living through them, the pushing on from hard times to good. It took on an old west vibe, which happens when you get two boys from Texas in the same room.”

“Distance is such a simple foe in relationships. It is silent and gigantic, but it can be defeated. This song is an ode to distant relationships (short or long). My girlfriend and I at the time were about an hour and half away from each other. We were feeling the joys of a deepening love and the suffering of being apart. Sometimes you have to get up, pack a bag and drive through the night. It doesn’t always make sense, but in your heart you know you have to do it.”

BALLAD OF A DREAMER

“When writing songs for “Bloom & Fade” I came to the realization I had not written about my family all that much. This is an origin story if you will, my own origin. My folks met in San Marcos, Texas and lived in a small town in the country. My father played in the bars, my mother performed in an underwater theater (I can explain later). They had a very colorful life and I wanted to pay tribute to their bravery. They were brave enough to follow their dreams and live outside the norm. This is a snapshot of when I showed up circa 1988.”

“Absence makes the heart go crazy. Distance drives you down into a dark state. When you’re in love and away from your partner, it takes such a toll. My girlfriend and I were on the cusp of making the big leap (one of them) and moving in together. No more driving down dark backroads after a long days work, no more walking out into the pasture to get enough reception to say good night. It was time to fix this problem, time to live in the same house.”

“I sat next to my grandmother (MaMaw) as she held the hand of her husband. He had passed in the night. No outsiders had arrived at the house yet, it was calm and quiet. My aunt had made a cup of coffee and it was beginning to gurgle in the other room. I told MaMaw, “if there is anything you want to say, you should say it now before everyone gets here.” She told him how much she loved him, how much he was loved by the family and what a difference he made on this earth. She told him he was safe, and free of pain and how she’d see him again before too long. Then she repeated “Oh what a bright star you will be, oh what a bright star you will be.” Those words stuck with me, this song is an ode to my grandmother and to Gene, my true grandfather. Albeit not by blood, but by heart, which creates blood and moves blood and sometimes is greater than blood.”

“My girlfriend and I traveled to Taos, New Mexico for a vacation. We stayed on a little farm at the base of the mountains. We had heard of a hot spring not far from the farm. We parked on the switchback, hiked along the fast moving river and came to the spring. You could see the steam like ghosts rising up out of the canyon. There were a couple locals who had beat us to the spot. One of which was an old woman, she told me stories, constantly smoking from her one hitter. She had a horse named Abbey whom she loved. She was on a trail ride with her husband, they were about twelve miles deep into the woods. They came to a creek with a wooden bridge. Halfway across Abbey got spooked and together they fell into the creek, breaking the woman's back on the rocks. Her husband tied her to Abbey and led them back to the trailer. She didn't blame the horse, she didn’t blame herself, but she still felt the pain of the fall, and the water from the hot springs helped to soothe the old wounds.”

“I have a good friend who lives part of the year down in South Texas. South of highway 37 the world gets flat. You can glide across the ancient lake beds at 85 miles an hour and really get lost in the beauty. By the time you reach the ranch, you’ve been transformed, displaced, re-birthed even. So much had changed since I had last visited. I was a boy then, with the same love and passion for music, but a foolish mind that had not yet known deceit. I wasn’t so innocent now, and I was grateful for that. I was sad too, for naivety can be powerful and perhaps I was losing power. All these feelings swirled through my head as I made the drive down the long caliche road to that warm desert harbor.”

“Change is difficult. Struggles stay with you. They are lessons and if you listen and face them they can teach you. When you graduate high school you are thrown into a new world. You navigate the best you can, make the decisions you think will help you, or at least make you happy. You do wrong, you get lucky, you work hard, you fail and sometimes it all works out. Eventually and quite suddenly you look around and you aren’t a child, you aren’t even considered a young adult. The speed can be astounding, you breathe in and try to slow the world down. Where am I now, who am I now? How do I move on, knowing what I know and make the most positive impact on this world I can. When the sun rises in the morning, it gives us another chance to be the person we want to be. The person that would make the child in us proud.”

“All my life I have felt out of place. Mostly musically. I love old country music, and I also have a deep obsession with 90’s hip hop. There are days when I only want to listen to The Misfits, days when it's only Joni Mitchell. I have always wished that I like one thing, and make one kind of music. It seems life would be simple and I wouldn’t have to start over every time I had a new idea for a project. I know there is another side to the coin; diversity, which has unmatched power. This song is about the struggle of not fitting in. The struggle in finding yourself, and upon finding yourself coming to grips with the reality that sometimes, you’re just all over the place, and you know what, that’s okay.” 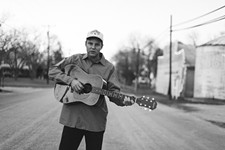 Watch This: David Beck Feels the Breeze on “Window Unit Blues”
“Chill” songwriter attempts to balance out the universe Review: No One at the Circus – The Story of Ghostwriter Through Place and Song
In one-man band's situationally annotated lyric book, the path is the goal