AmericanaFest 2022 Brings the Roots Community Back Together 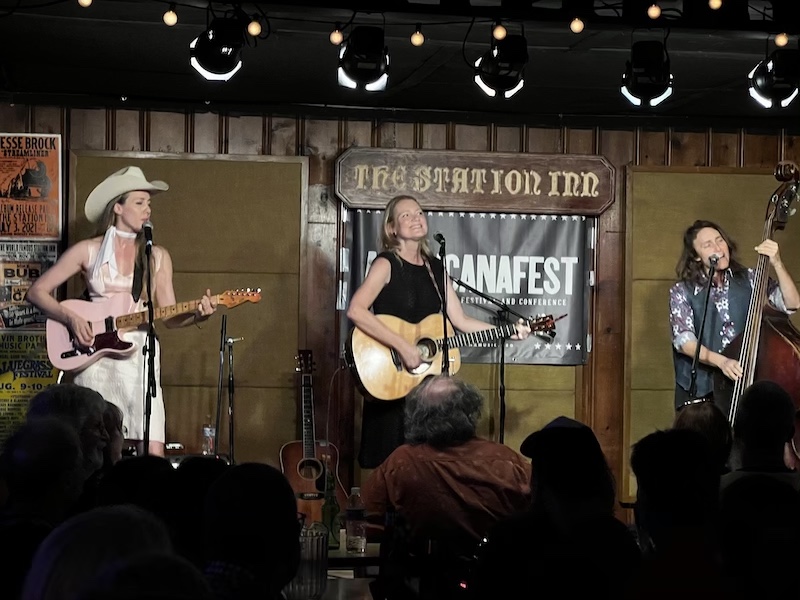 AmericanaFest prides itself on community, one it has worked very intentionally to make more inclusive and open. That emphasis was on full display throughout the five days of packed programming last week in Nashville, but especially at the Americana Music Honors and Awards show celebrating its 20th year.

At the historic Ryman Auditorium last Wednesday night, kicking off to the week of music, winners included Allison Russell taking home Album of the Year for her stellar Outside Child, the War and Treaty for Group of the Year, and Billy Strings for Artist of the Year ahead of his ACL Fest appearance next month. Brandi Carlile once again earned honors (Song of the Year) and Sierra Ferrell, a West Virginian standout at last year’s Old Settler’s Music Festival, rightly stepped into Emerging Artist of the Year status. Texas represented with performances from Lukas Nelson (honoring Don Williams), Lyle Lovett (honoring Chris Isaak), and James McMurtry singing his nomination for Song of the Year, “Canola Fields.”

Alongside the big-name cameos, the week remained equally about new songwriters and discoveries. The festival still plays as South By Southwest for roots music, even as venues are more dispersed and turnout still somewhat subdued from the lingering pandemic. The running joke on the impossibility of actually defining Americana plays in the festival’s favor, allowing it to organically encompass broader styles and artists in exciting and provocative ways. The week’s day parties and nightly showcases offered ample opportunities to highlight that big tent.

Here are some of the emerging artists that most turned our heads during the week:

An unlikely ambassador for old-time music at only 17 years old, Nora Brown nonetheless impressed on banjo as she dug deep into the Appalachian songbook. The Brooklyn artist’s set was as much history lesson as performance, but still captivated with her subtly ranging voice and dexterous picking. Brown will be in Marfa for the Trans-Pecos Festival later this month with her latest album Long Time To Be Gone. 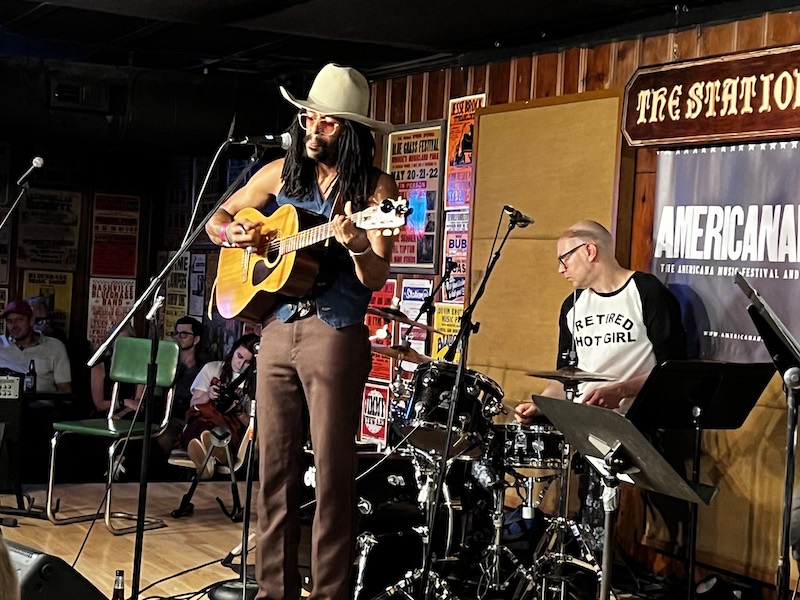 Performing as part of the Black Opry Revue showcase at the Station Inn alongside Jett Holden and Nikki Morgan, San Antonio’s Nicky Diamonds particularly turned heads with his brand of soulful country. As frontman for the band Lonely Horse, Diamonds unloads a heavier sound that soars behind his peaking vocals, but solo, his songs cut with a tender power. Diamonds will be part of the Black Opry Revue performing during Lucktoberfest on Willie’s Spicewood ranch next month.

Willi Carlisle is a mountain of a man, exuding as much charisma as he takes up onstage with his size. The Arkansas balladeer presents as a cheerful fighter, spewing talking blues and folk songs with a sharp wit and keen insight. He speaks uncompromising truths to power in the best folk tradition. With an infectious energy, humor, and engrossing storytelling ability, the troubadour seems finally poised for broader attention behind this year’s LP Peculiar, Missouri.

Part of the exceptional Arkansas contingent of House of Songs along with Carlisle, solo Arkansas singer-songwriter Jude Brothers delivered a mesmerizing set behind their harp. Their voice aches with a high Ozarks mystery, beautiful and haunting, while their songs wind like kudzu through long ballads and existential inquiry. Brothers prepares the follow up to their 2017 debut LP for next year.

Leah Blevins garnered attention last year with her long-awaited debut LP, First Time Feeling. Live, the Kentucky native proves even more impressive. Her twang-infused vocals cut through a room, while her songwriting tinges with enough pop punch and sharp hooks to stick in your head – a tremendous voice and talent ready for the spotlight.

Old Time Feeling, S.G. Goodman’s debut LP, missed the attention it deserved in early pandemic days of July 2020. New album Teeth Marks rectifies that. The Kentucky songwriter, who unloads a wicked dry humor onstage, can turn poignant shots with “Keeper of the Time” or the dreamy tremble of “Space and Time,” but finds her best when she blisters with her band, as on the six-minute, fiery romp “Work Until I Die.”

Luck Presents’ AmericanaFest day show, co-presented with Easy Eye Sound, featured a headlining set from the Black Keys joined by Hank Williams Jr. Opening Early James set the tone with a bracing psychedelic backwoods blues. Behind this year’s Strange Time to Be Alive, the Alabama quartet burns with the dark grit and tenacious flair of Southern rock, licked behind James’ distinct country croon. James will be in town for weekend two of ACL Fest next month.

The trio of songwriters doesn’t rightly fit into a roundup of emerging artists, but their closing AmericanaFest set, Saturday at the Station Inn, provided a perfect capstone to the week. Kelly Willis particularly shone with a seemingly renewed energy aonstage, while Brennen Leigh lit up on guitar via deep country turns and Melissa Carper charmed on upright bass with her hard-cutting twang. Together, the three played off each other perfectly, while each proving exceptional in their own right.