The Man-Machine: Kraftwerk Materialize at ACL Live ... Or Did They!?

Late-Sixties German engineering perfected electronic music past, present, und future. On a night streaked with lightning, Kraftwerk proved at ACL Live that the curve they set might never be met. 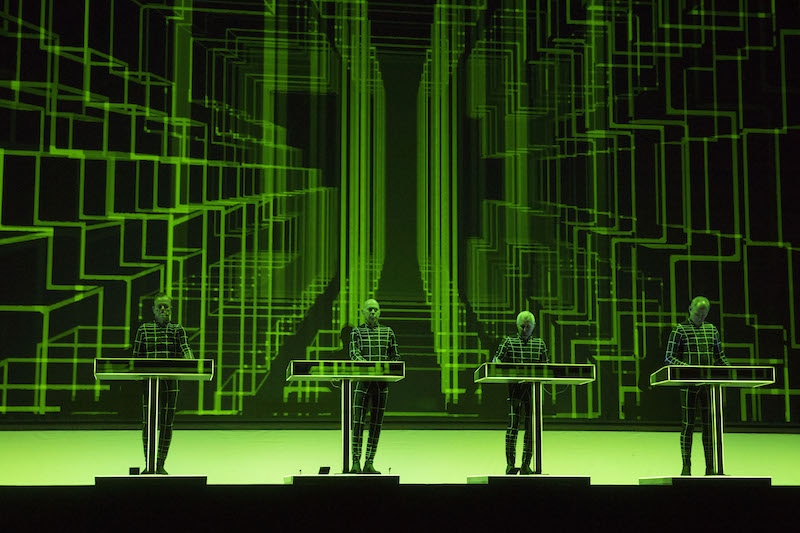 Kraftwerk in 3-D at ACL Live. (Photo by John Anderson)

So it appeared on all three levels of ACL Live at the Moody Theater last night, as what looked like a two-thirds-full house donned 3-D glasses to visualize four men in green-screen-looking suits standing at space voyage consoles out front of a giant screen broadcasting a constant stream of computer dreams. Retracing its second stage discography start to finish over the course of two hours, and handily enough mostly through the title tracks – Autobahn (1974), Radio-Activity (’75), Trans-Europe Express (’77), The Man-Machine (’78), Computer World (1981), Electric Café (’86), and Tour de France Soundtracks (2003) – the quartet moved minimally and never spoke a word. Meanwhile, their synthesizer suites bent to euphoric, ever-shifting beat patterns barbed with everlasting hooks. 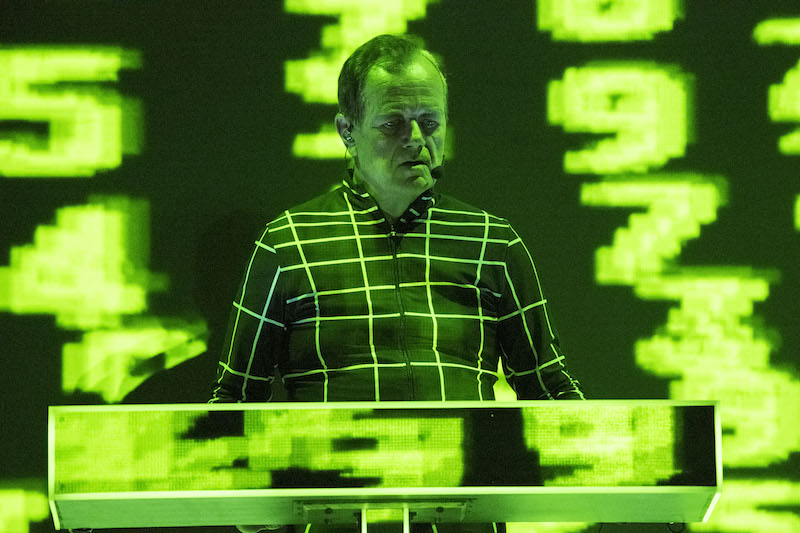 Ralf Hütter of Kraftwerk performing at ACL-Live on Tuesday. (Photo by John Anderson)

As kinetic as it resounded, heads barely moved, their cardboard goggles affixed to an omnipresent screen as if they themselves resided within it. Welcome to the ones and zeros party taking place inside your computer device. Where else could electricity run such strong currents and not necessarily jolt its recipient physically?

Kraftwerk belongs at ACL Fest as surely as teens TikTok.

The encore marched the Germans offstage to reveal four dancing robots behind the screen, a moment that truly called the evening’s musical reality into question. Had a band just replayed its oeuvre onstage, or had The Matrix revealed your audio visualizer? Far more disturbing, when you removed your glasses, the humans onstage suddenly appeared blurry, 2-D, as if maybe they weren’t there at all. 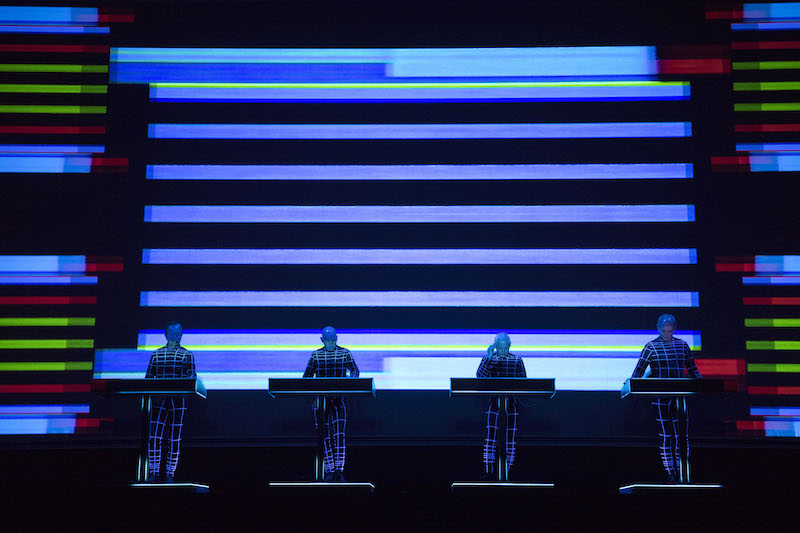