Today Mobley releases his latest single, “themesong.” As we’ve come to expect from the narrative-concentrated one-man band, the project arrives with a video that feels like a segment of a short film. 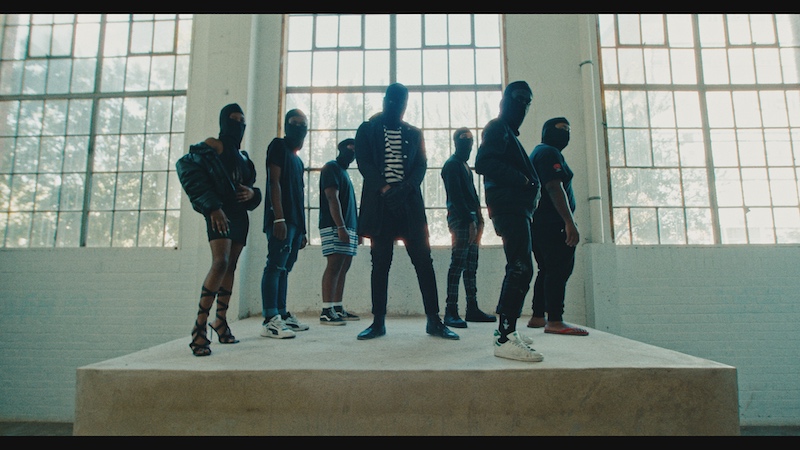 A still from "themesong."

From a greenroom in Boston, while on tour opening for Arkells, the Austin artist took a call to discuss the making and message of “themesong,” a collaboration with Moyo Oyelola that landed them in South Africa’s largest city.

Austin Chronicle: There are some incredible scenes and shots in the video for “themesong,” which was made in Johannesburg. What brought you there?

Mobley: I was in Austin, thinking about how I wanted to approach the video. I had the rough story – I knew I wanted to do a Robin Hood concept. The character that you meet in this story is somebody who I'm going to be exploring a lot of things with in my music over the next year or two. So I was looking around thinking about who I could work with on it. Moyo Oyelola is a photographer, director, and creative director around town – really talented guy – and we had never quite gotten around to working together so I reached out to him like, “I have this concept for this video and I think we’d work together well on it, would you be interested in co-directing it with me?” And he was like, “Well, I'm super interested, but I'm actually going to be in Africa during the time you want to shoot it.” Then he was like, “You know, why don’t you just come with me to Johannesburg?”

My career as an artist notwithstanding, I'm a pretty practically-minded person, first and foremost. So I was immediately just like, “No, that doesn't make any sense.” But then, after I got off the phone with him, I was sitting there and thinking: What did you think your life would be like? What did you hope your life would be like, when you decided to be an artist? And how was this not it? So I called him back and was like, “Okay, let me try to find a ticket and see if I can make it work. The dollar is relatively strong compared to the rand. I might be able to buy a ticket and pay the crew there for about the same as what I would do to shoot a video here.” Then, like four days before I needed to leave, I bought a ticket and I packed my camera and a suspicious number of balaclavas and got on a flight.

“I wanted to put two different kinds of violence next to each other and then challenge the audience to say which one is wrong.” – Mobley

I didn't know a soul there except him and we had like five days of our time overlapping there. The first day it rained all day so we couldn't really meet anybody. The second day, we didn't really get that much done. By the third day, I was starting to develop an ulcer because I was like “I can't have come here and not gotten anything done.” Then, on the third day, we basically had everything kind of fall into place for the main cast. We reached out to a producer who helped find people and then literally everybody else in the video was just random people we met on the street. The locations were just connections from people we met who wanted to help and it just all came together. Everything you see on film was shot in one day. So yeah, I went halfway around the world to where I didn't know anybody and I'm really, really happy with the way it came out.

AC: The video unfolds with a landlord threatening to kick a family out. Then, without giving away too much, he gets his ass beat. Can you talk about what was inspiring the visual plot that's going along with the song?

Mobley: When I first started conceptualizing the video, that was right when eviction protections here were expiring, so people were starting to get kicked out of their houses. The concept that I really wanted to work with in this video was juxtaposing different kinds of actions where, arguably, the more harmful ones don't tend to get characterized as violence – like inarguable violence of trying to kick a family out of their home, that they need to stay out of the elements. This dynamic exists in the United States too, in a different way, but in a place like South Africa where the indigenous Black population is just grossly impoverished and on the losing end of a real wealth and income inequity, there's that added layer of violence: not only are you trying to kick me out of this house, but it's on land that was stolen in the first place. And, you know, we're scarcely two decades out from the formal end of apartheid there. So the kind of freshness of all that stuff is still very, very clear and very salient.

So, anyway, I wanted to put two different kinds of violence next to each other and then challenge the audience to say which one is wrong.

AC: Everything with Mobley is a project. So is “themesong” a project unto itself or part of a larger project?

Mobley: What I can say is this is the first single from a record that we're going to be announcing soon and the record is a concept record. This video and song are kind of an introduction to the perspective of the protagonist, who is the masked man I play in this video. 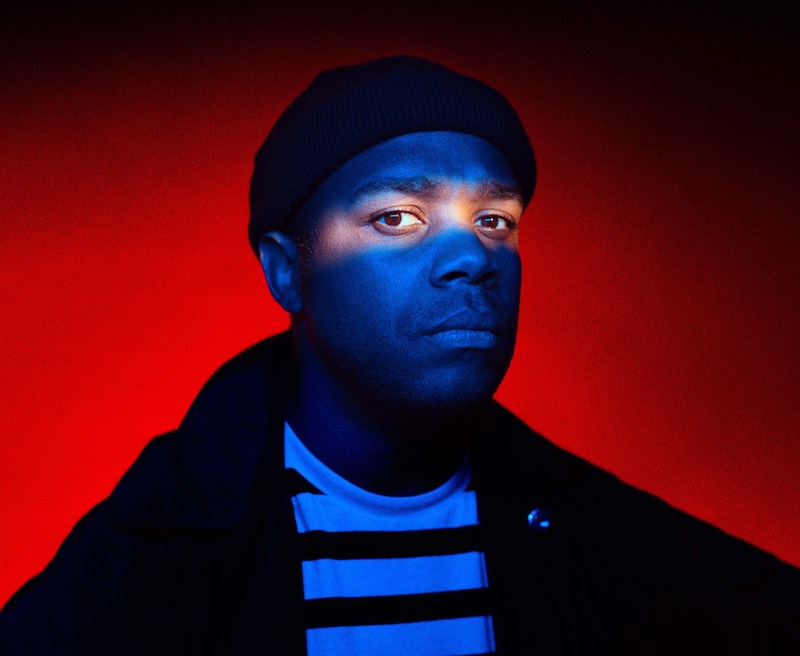 AC: I want to know more about the ski masks. What was prop shopping like and, more importantly, why did you choose that as part of the iconography of this project?

Mobley: Yeah. The shopping was surprisingly hard. It's hard to get a well made balaclava with no mouth that forms a shape on your head that reads while on camera. It took me like two weeks to find the right one. In terms of why I did it. It's that thing in art where limitations drive decisions and then those decisions kind of make meaning and meaning emerges from them. And so in a 100% practical sense, I knew that if I was going to be traveling internationally, and only staying for a week somewhere, I absolutely couldn't risk contracting COVID and getting stuck there for longer, spending money. So early on, after I decided to go, I knew that I needed to be masked the whole time. So I was like, “How can I wear a mask without having my COVID mask be the story of the video? Well, I'll just wear the mask under another mask.” But then, once I had that as a concept, it was like, “Okay, well that actually plays really well with the whole Robin Hood idea. And this idea of the mask, particularly black masks, they have a history as a symbol of people kind of subsuming their own identity into some kind of collective effort. So a mask is a symbol of solidarity. I really love that as an idea, and I thought it really suited the themes that I was trying to explore. And so yeah, it was just the kind of thing where I kind of backed into an idea that I ended up loving.

AC: Do you think, from all of the experience that you are gathering, making both short and medium-length videos in relation to your music, that you will ever be tempted to make a feature film not related to a musical project?

Mobley: Absolutely. If I had either more time or more money, I would already be doing that. But if I can ever get to the point either where I have a break from the music stuff, or if somebody wanted to waste a bunch of money on me making a feature film, it’s definitely something that's on my bucket list. Actually, my formal training is in film, so that's something I've always wanted to explore more. And, thankfully, over the past couple years, I've actually kind of been able to dive into it more and start to actually get some of the practical knowledge and experience that you can’t get just from school. So I feel like I'm getting a little bit more adept and starting to develop a vocabulary and a tool set and context, most importantly, because film is really a collective endeavor, whereas my music is stuff that I can basically do by myself. So that's kind of working different muscles, but anyway, yeah, that's absolutely an aspiration of mine, it would just be a matter of having the time and resources and then, you know, finding the right thing to to make a film about. Hopefully I get that done before I check out of here. 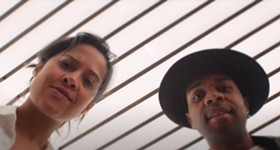 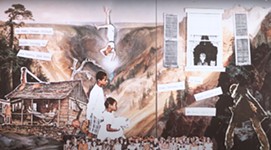