Cultural appropriation began around the time they invented eyeballs, but its re-appropriation received a near uproarious close-up in Angélique Kidjo Thursday night at Bass Concert Hall. Nigerian rhythms fuel 1980 Talking Heads shifter Remain in Light, so the West African singer (re)covered it in 2018. 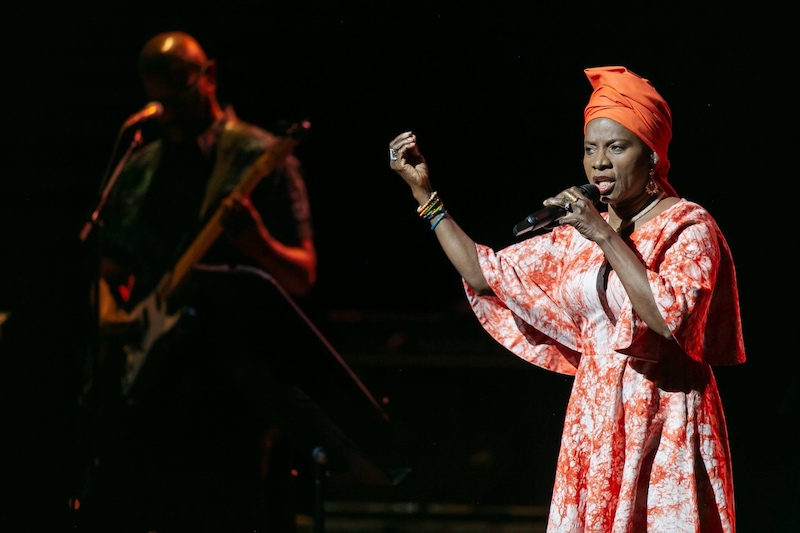 On an evening closing out one Texas Performing Arts season – welcome to the 40 club, yo! – while also announcing the next, Executive & Artistic Director Bob Bursey connected the age of the Heads’ fourth album to the building itself, which received a $3 million pandemic upgrade deserving twice the stoked but modest crowd making the scene on a quiet yet balmy twilight. Austin goes waaay back with David Byrne, Jerry Harrison, Tina Weymouth, and Chris Franz, including Stop Making Sense taking genesis here, so Kidjo opening her 90-minute-on-the-dot set with LP launch “Born Under Punches (the Heat Goes On),” which began the proceedings hypnotically. “Crosseyed & Painless” followed, and a mid-set “Once In a Lifetime” likely fit a bill as voiced by my spouse, who turned to me the second it started with an emphatic, “This is what I came for!”

Kidjo brought it, too – zero surprise.

Benin’s famously close-cropped blonde dates back in the ATX decades as well, so the last date of a baker’s dozen in the states stamped and clapped and laughed with determination and joy. A backing quartet doubled the drum riser quotient, but the frontline of New York guitarist Dominic James and London-born/Lagos-raised bassist Michael Olatuja drew any focus the boss lady didn’t. Beginning with a single beat from percussionist Magatte Sow, the performance never receded from three-alarm.

Forceful, direct, sometimes booming, the 61-year-old dynamo playing Lone Star pied piper looked, sounded, and manifested as powerfully as ever. She remains a tightly coiled fist of physicality, compact of movement but forever at maximum force; elastic and lightning quick, nimble. Airy guitar lines, mountainous 5-string bass, and a Chilean drummer lithe as a hula hoop lit a musical mirror ball and Kidjo refracted their world beats and bops with a dazzling display of body-rocking and vox.

Tributes paid to Weymouth, Celia Cruz, Mama Africa, and Mother Earth, the star of the show thrust her shoulders, craned her neck, swiveled her hips, threw her rump, jabbed her elbows, and jerked her hands, all while intoning majestically. For its part, the audience stood, clapped, shouted, and sighed, relishing the sole and all-too-brief encore “Burning Down the House.”

“Always a pleasure singing for [Austin],” grinned Kidjo at her local benefactors, “because you’re always in sync with me.” 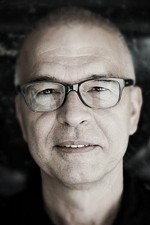