Listen to This: Nick Garza’s Get Along Goes “Out of Her Mind” 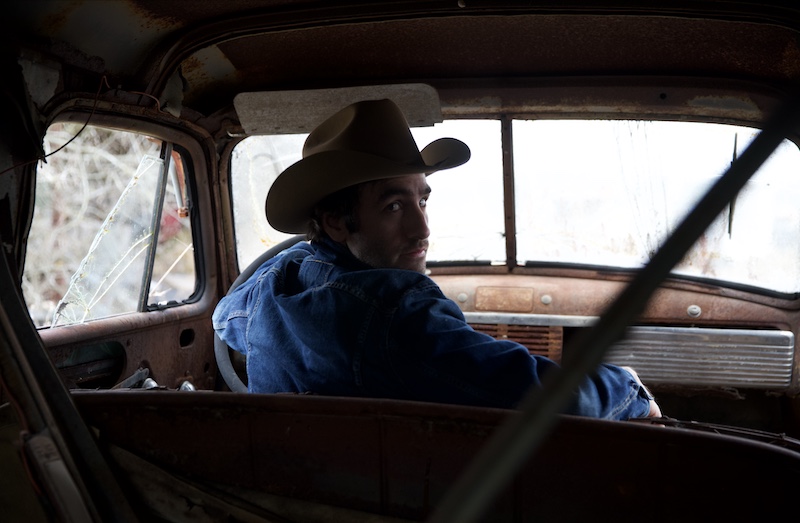 Buckle up: Nick Garza behind the wheel. (Photo by Jose Lozano)

For nearly a decade, Nick Garza held down banjo in Hello Wheels, but in 2019, as that raucous folk quartet slid to the backburner, he returned to guitar and formed the Get Along, allowing him to dig deeper into his San Antonio roots with a hard honky-tonk sound laced with heavy conjunto influence.

Across a string of singles over the past two years, Garza has recruited a number of collaborators, including Garret T. Capps and Max Baca for “Take Me Down To San Antonio (The Tex Mex In Me),” Sir Woman’s Kelsey Wilson dueting on “Denial,” and Augie Meyers and Los Texmaniacs for “Muchacha.”

“The pandemic hit shortly after I began recording what was going to be my debut album, so I decided to just chop it up and do the single release thing,” offers Garza. “I see singles as a great way to build a following. Each release gives me the opportunity to reach new audiences and garner more press. With an album, once it’s out, it’s out. You can only promote it in so many ways for so long. Singles, on the other hand, can be a continuous source of excitement, anticipation, surprise, discovery, etc. Plus, it just feels good putting your art out into the ether. And the more I get to do that, the better.”

Garza could play Townes Van Zandt in a biopic just by looks alone, but he also clearly revels in same sly wordplay. His aesthetic, however, leans more towards the eclectically catchy Tex-Mex hooks of the Texas Tornados. In fact, Nick Garza’s Get Along trots across a wide range of Texas songwriting influences.

“Can’t talk about today without looking into the past,” he allows. “Texas has always been a melting pot of creativity, producing amazing musicians and defining many genres ranging from blues to Western swing and country, Tejano and conjunto, to rap, to rock, and all sorts of pop. The Texas contribution to the world music scene is unstoppable and the soundscape is only growing more diverse. I’m here for it. I’m also a fan of soaking up the sounds of the past and presenting them in my own way.

“When you’re born in San Antonio, you don’t come out crying, you come out belting your best grito!” he continues. “And since my mom plays guitar and sings beautifully, I had immediate accompaniment. Along with Sixties and Seventies folk songs, ‘Deep in the Heart of Texas,’ ‘The Yellow Rose Of Texas’ and all those standards were sung to me at an early age. On the piano, my welita would play hits from the Twenties, Thirties, and Forties, ranging from Mexican standards to American pop classics. Love all that stuff. I miss hearing her rattling bracelets and painted fingernails add clicky-clacky rhythm on the keys.

Garza’s latest offering, “Out of Her Mind,” waltzes a perfect example of those blending influences, as his low croon licks a classic country playfulness in the lyrics. Garza recorded the song at King Electric, with Gary Calhoun James engineering and mixing, and Richard Dodd mastering. And while the usual lineup for the Get Along consists of James, Jan Flemming, Etan Sekons, and Josh Halpern, for this recording Garza and James recruited James Gwyn on drums, pedal steel virtuoso Simon Page, and Josh Baca’s accordion.

You can hear the premier of the new song below ahead of its official release on the usual streaming platforms this Friday.

Nick Garza's Get Along · Out Of Her Mind