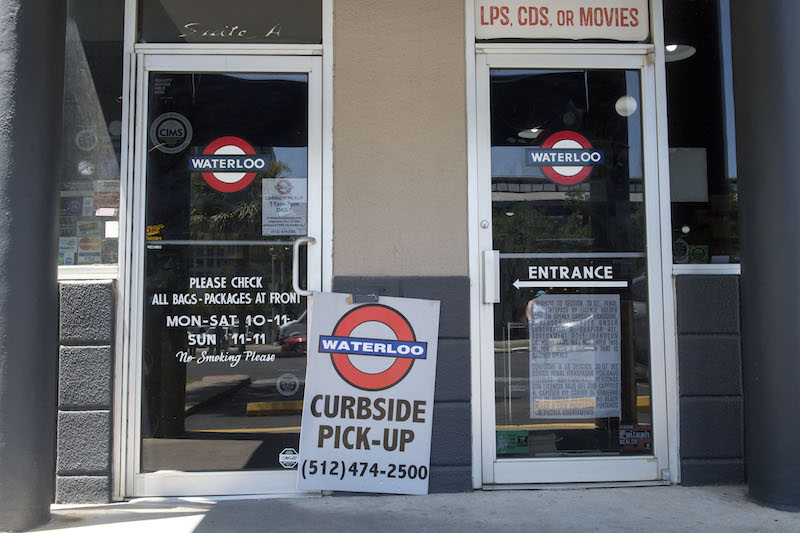 The return of South by Southwest wasn’t quite complete without Waterloo Records’ much-loved parking lot parties.

The no-badge, all-ages lineups provided an accessible entry point during my own early voyages to the festival as a San Antonio high-schooler. Throughout the pandemic, Waterloo owner John Kunz has played it safe – inching from curbside to appointment shopping to reopening with book and record signings last year.

Finally, on the occasion of the legendary vinyl (and more) emporium’s 40th birthday, Waterloo reintroduces live music for the first time in over two years. No joke, the shop opened April 1, 1982. To celebrate, Waterloo hosts two in-store performances by Ray Wylie Hubbard (3pm) and Heartless Bastards (5pm) this Friday, April 1.

“We used to have in-stores a couple of times a week and average 75 to 100 a year,” says Kunz. “I always say, ‘It’s artists from around the corner to around the world.’ It’s a huge part of us being a cog in the local music community.”

Masks are required at the limited-capacity performances on the store’s indoor stage. Fans can receive one guaranteed admission wristband for Hubbard’s performance with the purchase of an LP or CD of the Texas songwriter’s new album Co-Starring Too. For Heartless Bastard’s separate-entry set, the same rules apply with purchase of the band’s 2021 album A Beautiful Life.

Say you already bought one of the above? Just bring your receipt or record as proof to grab a wristband at the store. After priority wristband entry, others will be admitted as capacity allows. Austin’s largest and oldest music retailer also offers a sale on “40 staff-selected top LPs on sale for $4 or more off,” Thurs., March 31 (also the occasion of Kunz’ 71st birthday) through Wed., April 6.

Over four decades, Kunz’ kingdom has shifted through cassette signings, the dawn of CDs, the dwindling of record pressings, and our current vinyl revival. From their original location to Waterloo’s current corner hub since 1989, the store has hosted performances by the likes of Willie Nelson, Jimmy Cliff, Gary Clark Jr., St. Vincent, and so many more. Read more in-store stories from Kunz below. 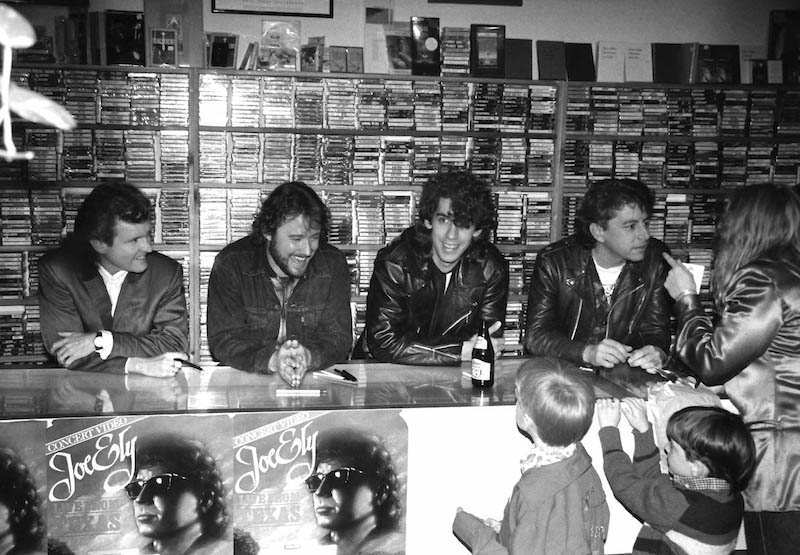 On the early days: “The first seven years over on South Lamar, two of the coolest ones we did were out in the parking lot. When True Believers came out in 1986, that was a big one, part of the New Sincerity. The other one was when Joe Ely released his video [Live From Texas recorded] at Gruene Hall. Joe played and we sold the VHS tapes, and rented them… In fact, back then we also had around ten VHS players, and every Saturday night people would make reservations to rent them.”

Reaching Nirvana: “At the new location, the [1991] Nirvana Nevermind in-store, and a Twang Twang Shock-A-Boom cassette release were the biggest events the first few years. For a long time, we didn’t have a stage. Nirvana played on top of our shipping and receiving desk, which is still in the back of the store on the left. We had a platform that bridged the front and back counter meant more for acoustic singer-songwriters, but they said, ‘Oh no, we could do it’ and fit three guys up there. It was packed. Over the years, I know Sara Hickman and a couple others did in-stores just sitting on the main checkout counter too.”

On Norah Jones’ 2002 visit: “Come Away With Me had only been out a couple of weeks, and she had already played her SXSW show at the Clay Pit. Being a huge fan of her dad Ravi Shankar, and her being a Texan on Blue Note records – I had to have this person come to my store. She had a total room capacity crowd, and her mom and first piano teacher came down from Dallas. It ended up being the largest crowd she had ever played to.”