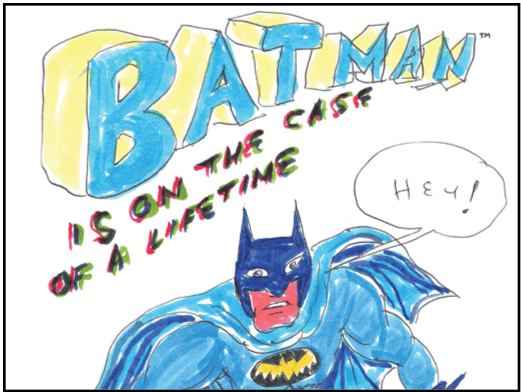 A new issue of DC’s Batman comic book series, Batman #121, will offer three limited-edition covers with art by Johnston. The covers feature the artist’s colorful, off-kilter renditions of superheroes Batman, Superman, and one of DC’s New Gods, Orion. On March 1, the comics will be released locally by Austin Books & Comics.

The limited-edition covers are available for preorder today on the Austin Books & Comics website. Open since 1977, the shop was a favorite of Johnston’s, who would trade his original artwork for comics.

The project boasts Austin origins with the Contemporary Austin, which currently offers the first-ever museum retrospective of the artist’s work, Daniel Johnston: I Live My Broken Dreams, on view through March 20. While selecting Johnston’s work, exhibition curator Robin K. Williams noticed a 1990s or 2000s-era letter Johnston had written to Marie Javins asking for her help getting his art into comics. A friend of Johnston’s, Javins was the Austin Chronicle's first college intern and is now Editor-in-Chief at DC Comics.

“I thought the letter was strange and touching, because he was already an internationally successful musician when he wrote it,” says Williams in a press release. “When I asked Marie about it, she said, ‘Daniel had two loves, music and art, and always wanted to be a comic book artist.’ This gave her the beautiful idea to finally make this happen.”

“I’ve been an avid collector of Daniel’s artwork since I met him in 1986 – but not always on purpose,” adds Javins via press release. “He’d draw pictures on letters he’d send to me over the years, and we even collaborated on some art when I was a professional comic book colorist. I’m thrilled to see his Batman, Superman, and Orion art come to life on these ABC retailer variants.”

On Wed., March 9 at 5:30pm, The Contemporary Austin will host a launch event with DC’s Javins in conversation with Williams – with tickets and more information coming soon. In addition to Austin Books & Comics, sets of all three covers packaged in folios in exclusive colorways will be sold with the Contemporary Austin, Electric Lady Studios – managers of Johnston’s art catalog – and at hihowareyou.com.

Check out all three covers below. 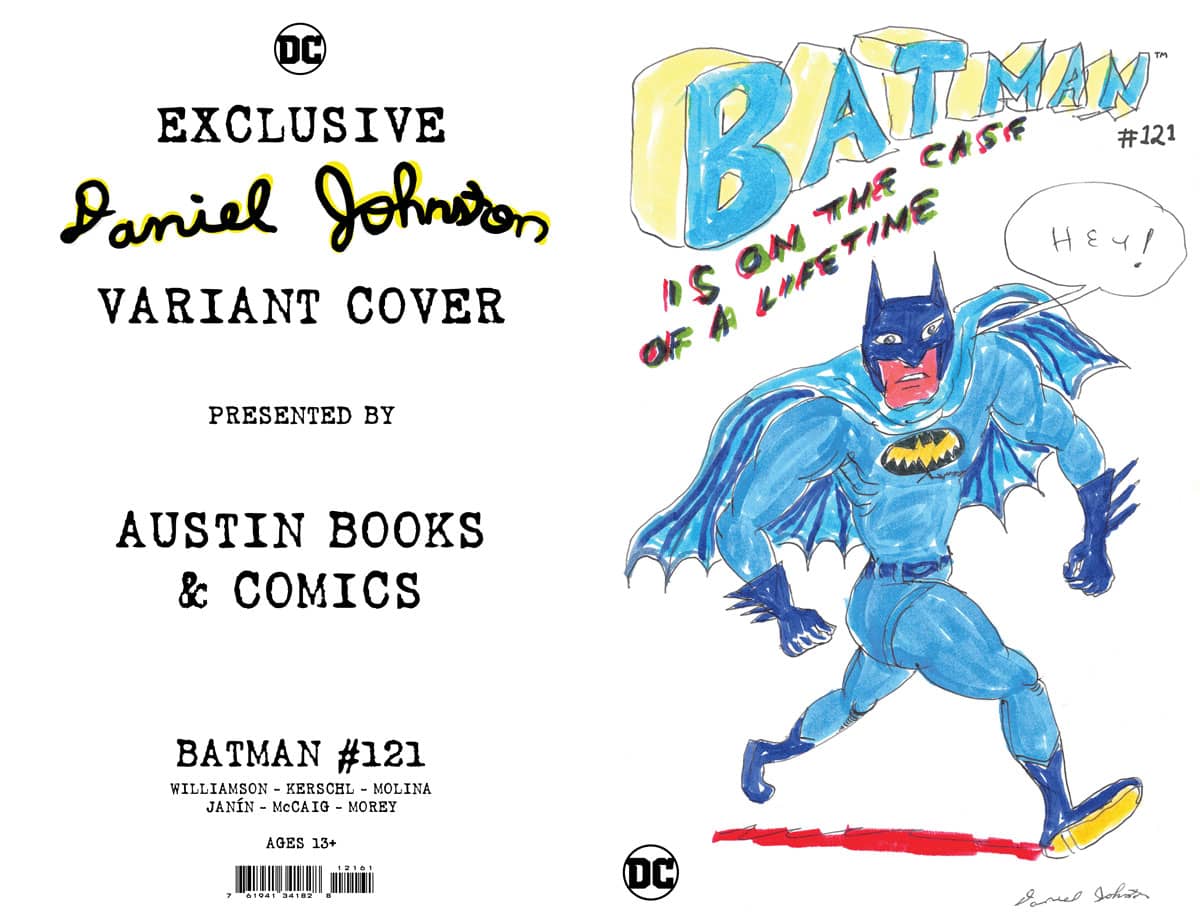 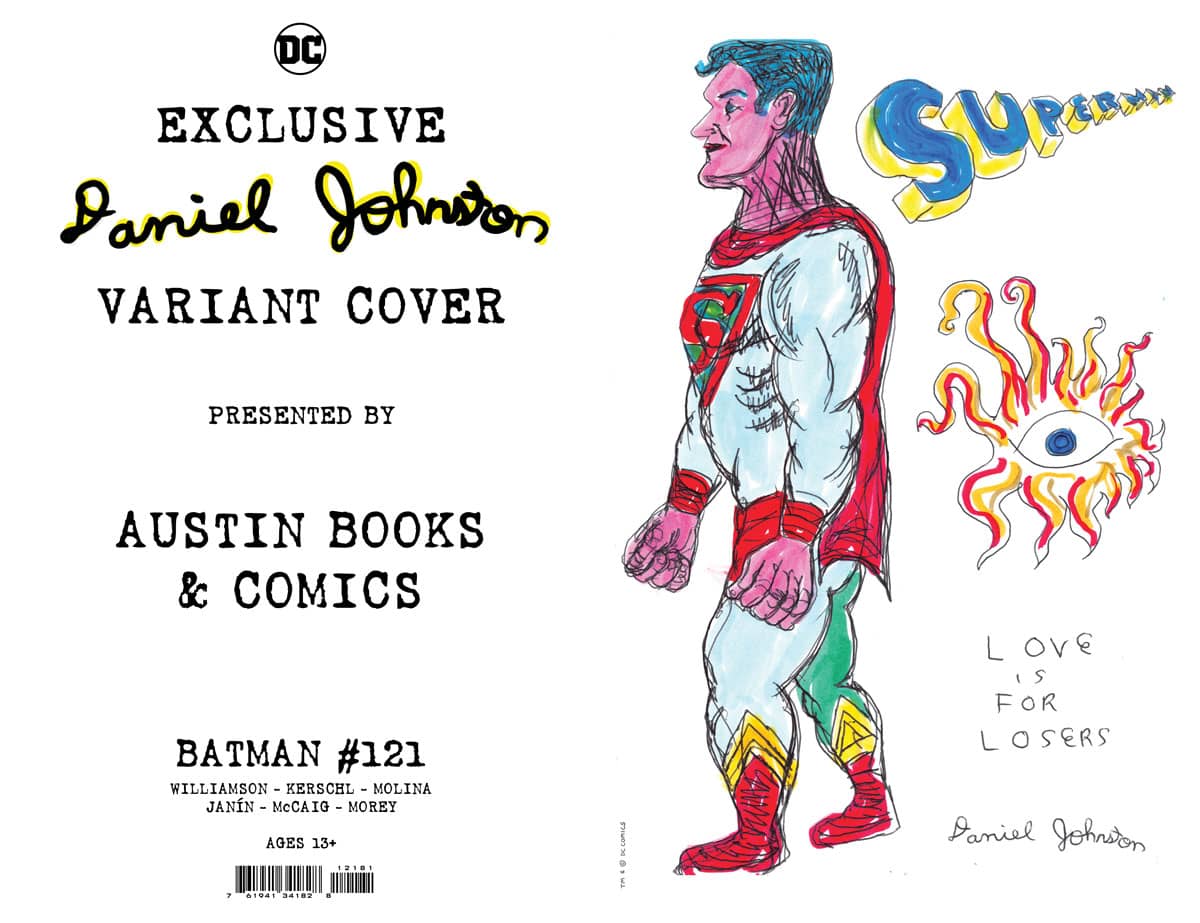 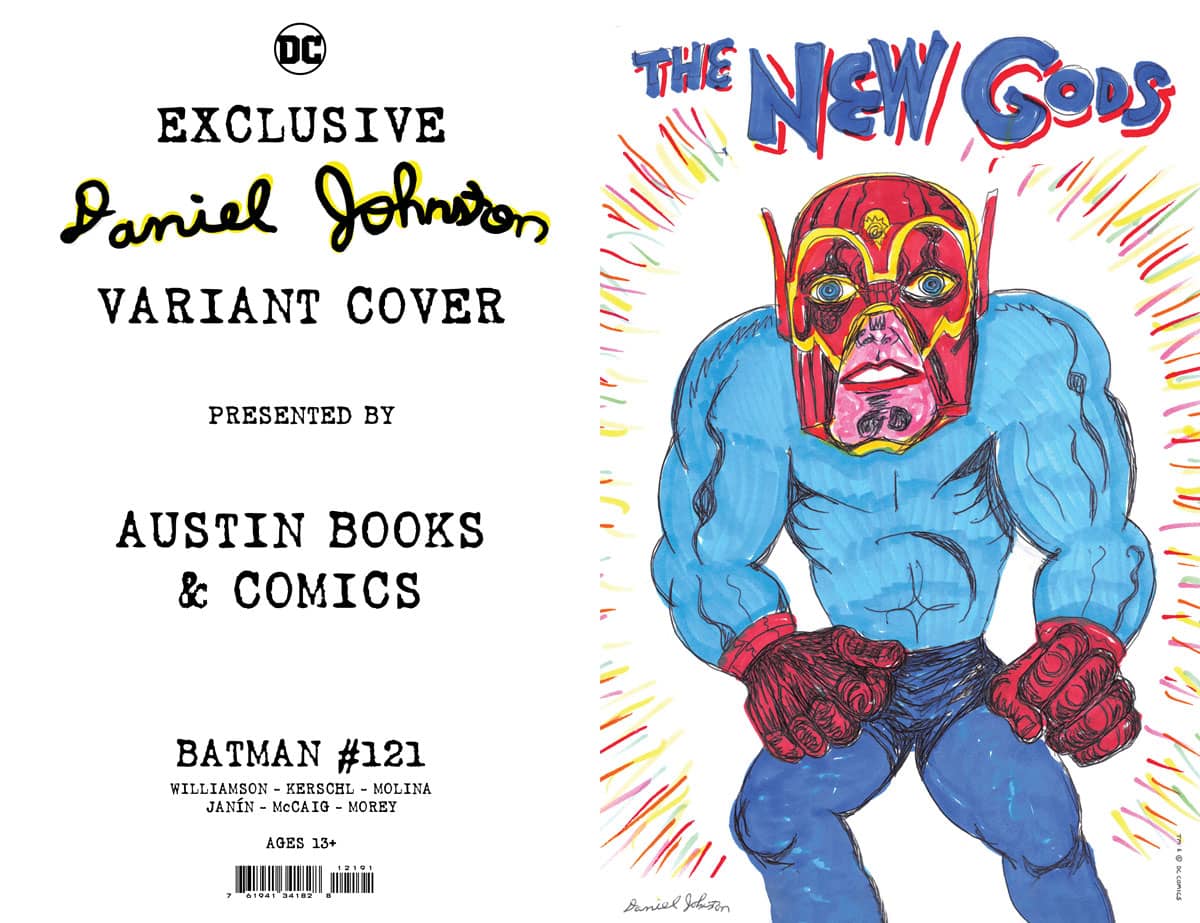 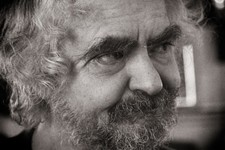 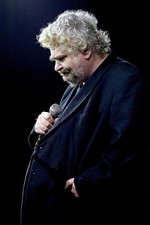