Find out more and apply by January 28 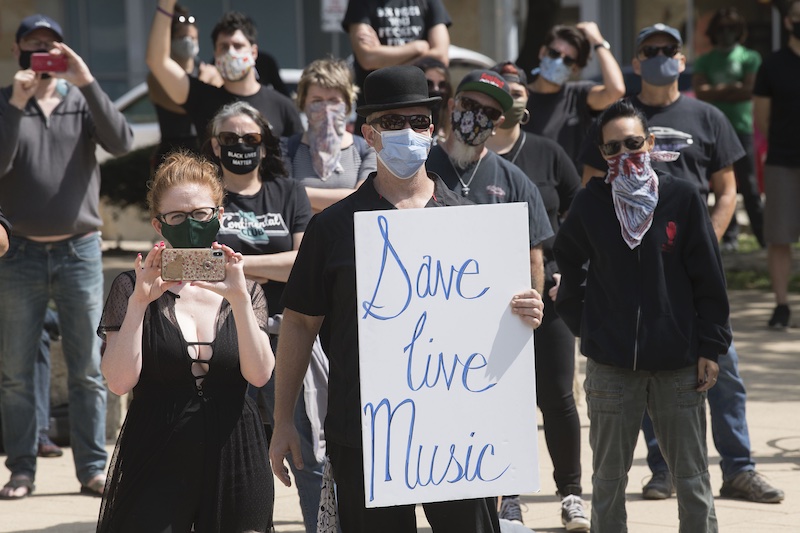 Help is on the way for the Austin music community in the form of a grant program. The grant’s purpose is to aid folks working in the Austin music industry who have been affected by the economic impact of COVID-19. This round of relief will be funded by federal money, as opposed to previous years’ programs of the same name funded by the city.

Earlier this month, the Austin City Council threw the area’s music scene a bone by allocating $4 million of the American Rescue Plan Act money received by the city to directly support the Austin music community. The City of Austin Economic Development Department set $2.3 million of that money aside for the Austin Music Disaster Relief Grant. This is an increase from the $1.5 million that the city’s music industry workers got in 2020. While it’s not yet clear what the rest of the $4 million will go to, money has gone to things like helping struggling venues in the past.

The Austin Music Disaster Relief Grant provides a one-time $2,000 payment for “unrestricted use” to professional musicians, independent promoters, and music industry workers. “Unrestricted” is the city’s term, so we can only guess that it means they won’t be asking for receipts afterward.

Applications opened up on January 10 and will close on January 28 at 5pm. To be eligible for the grant, applicants must fall into at least one of the following categories:

Professional Musician
You must prove that you regularly played (solo or in a band) live shows to audiences for 2 years or show you’ve released at least six recordings (singles) or music videos within the past 2 years. That music video y’all shot might make you some money, yet. Screenshots of flyers and merchandise are also among the acceptable documentation for proof. Maybe send them a koozie and a sticker with your application.

Music Industry Worker
You must prove that your main income came from the industry. This can include sound engineers, venue staff, and “associated personnel working in organizations within the sector.” So get that résumé up to date and a letter from your boss.

Independent Promoter
You must have documentation showing at least two years of promoting live music shows. Contracts with bands, show flyers, and any purchased advertising are among accepted forms of proof. If you have more than three people working for you, you don’t count as an indie.

The grant is not available to businesses, organizations, government agencies, public authorities, or city of Austin employees.

Applicants must be at least 18 year old at the time of applying, and you must reside within the Austin Round Rock Metropolitan Statistical Area. What’s that, you say? It’s made up of Travis, Williamson, Hays, Bastrop, and Caldwell counties. So all the rockers from as far north as Florence and as far down as Luling can get in on this. All applications will be judged by a scoring matrix, which can be found on the city’s website. This matrix, which works on a point system, includes, among other things, how much you made, how many times you had to move due to financial hardship, healthcare access, high speed internet access, household expenses, and if you got grant money last time. Broke with no internet? No healthcare and messed up the application last year? You’re in luck! You might actually score here.

Questions? The Long Center and Texas Accountants and Lawyers for the Arts have teamed up with the city to help applicants navigate the process. There’s a free webinar on YouTube to help as well.

For more information and to apply, go to the city’s website.

For technical help and application status, contact The Long Center by email musicdisasterrelief@thelongcenter.org or by phone 512/457-5130.

For questions about eligibility and help with applications, contact TALA by email musicdisasterrelief@talarts.org or by phone 512/575-2826.