Free shows at Mohawk, Empire, and the Green Jay fundraise for SIMS 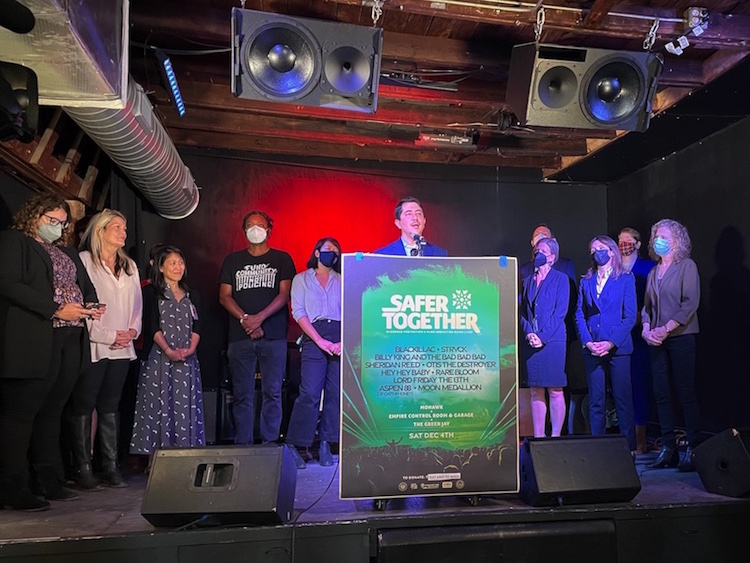 Over 240 Travis County residents lost their lives due to drug overdose in 2020, a 30 percent increase from 2019. According to the annual report by the Travis County Medical Examiner, this makes overdose last year’s second-leading cause of accidental death.

A free concert series, Saturday from 8pm to midnight, aims to bring awareness to the recent surge in overdose deaths in Austin. “Safer Together: Overdose Prevention & Harm Reduction Saves Lives” brings ten acts to Red River Cultural District venues Mohawk, Empire, and the Green Jay. The free-entry concerts will accept donations for Austin’s SIMS Foundation, which provides mental health and substance use recovery services to members of the music industry and their family members. 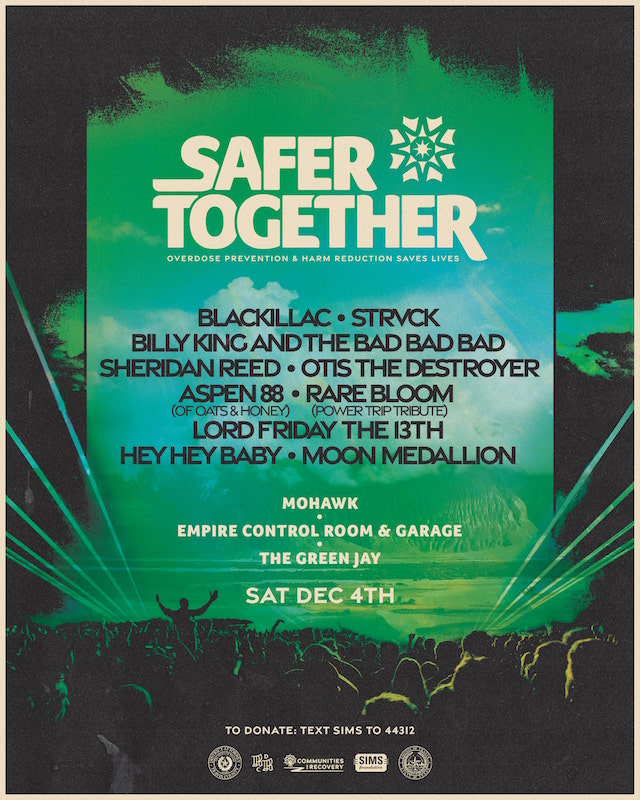 Find Saturday’s full lineup below, all kicking off at 8pm.

“We’re going to have to reevaluate our own policies, and potentially our laws,” he said. “We cannot arrest and prosecute our way out of this crisis. If we are serious about reducing overdose-related deaths in our community, we must begin to treat substance abuse disorder like the public health crisis that it is.”

As part of the effort, the District Attorney’s Office pledged over $15,000 from its discretionary fund to SIMS. With the support, the nonprofit plans to kick off monthly training sessions on substance abuse, beginning Dec. 16. Since 2018, SIMS has provided free education for the music community, including training on how to administer life-saving naloxone (aka Narcan).

“We were very fortunate at SIMS that we did not lose a single client to overdose death,” said SIMS Executive Director Patsy Bouressa of recent years. “But we did see a huge increase in the amount of relapses that were occurring among our current clients and an increase in the number of clients seeking support for substance abuse issues.”

The conference emphasized the need for improved resources for community organizations like Texas Harm Reduction Alliance and the Sobering Center Austin. Multiple speakers mentioned the importance of fentanyl test strips, which can detect fentanyl in other drugs. Like many states, Texas’ drug paraphernalia laws limit widespread availability.

“The pills of ecstasy, the lines of coke and meth, the downers, the uppers – those things, today, carry with them the potential of a death sentence that they never before carried, thanks to fentanyl,” said David Johnson of Grassroots Leadership. “Thanks to fentanyl, today everyone is willing to listen to things Black and brown folks have been saying for generations.”

Austin EMS Association President Selena Xie also noted an increase in emergency responses to overdoses during the pandemic. She advocated for legalization of fentanyl test strips, as well as affordable availability of treatments for opioid addiction, like Suboxone.

“We’re seeing fentanyl being laced in all sorts of drugs that people have no idea,” Xie said. “Our medics will show up on scene, people will say there’s no way that there’s opioids, and then we revive them with Narcan. It works, and we find out that the Xanax, [or] the pill that they thought they were taking was actually laced with fentanyl. We’re going to increasingly see this issue.” 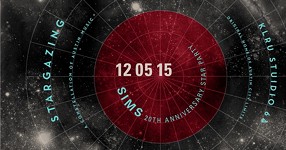 Stargazing With SIMS
Save a life – Austin music