Watch This: Me Nd Adam Go on a Weed Adventure in “I Only Feel Alive When I’m Stoned”

Depraved pop duo trips to glory at an Oklahoma casino 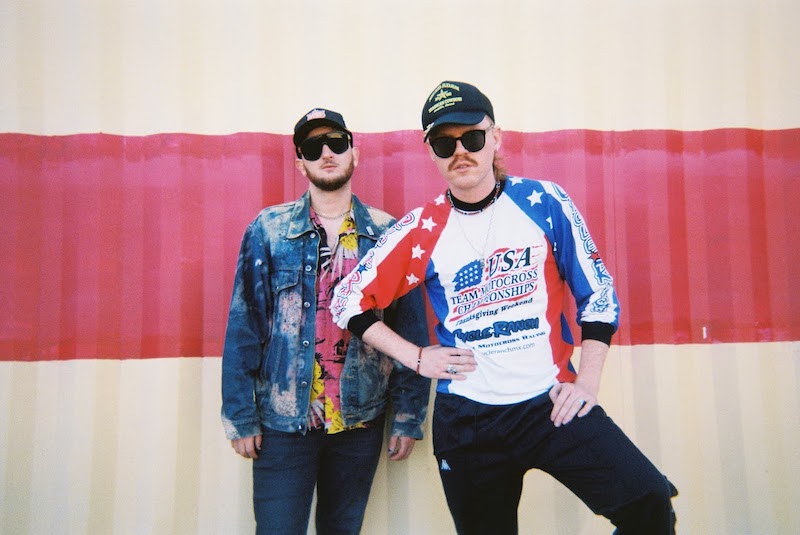 With their bong cashed and weed jar dry as the Texas desert, Adam Walker and Vincent Winik come up with hasty, if nonetheless inspired, plan: they’ll drive all the way to Oklahoma – where cannabis is recreationally legal – to get stoned.

That preposterous decision sets up an amusing road trip, where the Me Nd Adam counterparts run out of gas, hustle up money, and ultimately journey just over the Sooner State’s southern border – in the Choctaw Nation’s casino town of Durant – to wild out all night and let good fortune flow.

The trip, filmed by videographer Cesar Velasco through the vintage lens of an mini-dv camcorder he’s had since childhood, comes to life as a new video for Me Nd Adam’s song “I Only Feel Alive When I’m Stoned.”

The high-charisma alternative pop duo with a degenerate essence are at their best when exploring themes of grappling with growing up and trying not to be shit-bag, which the musically upbeat single certainly does with the melancholy refrain: 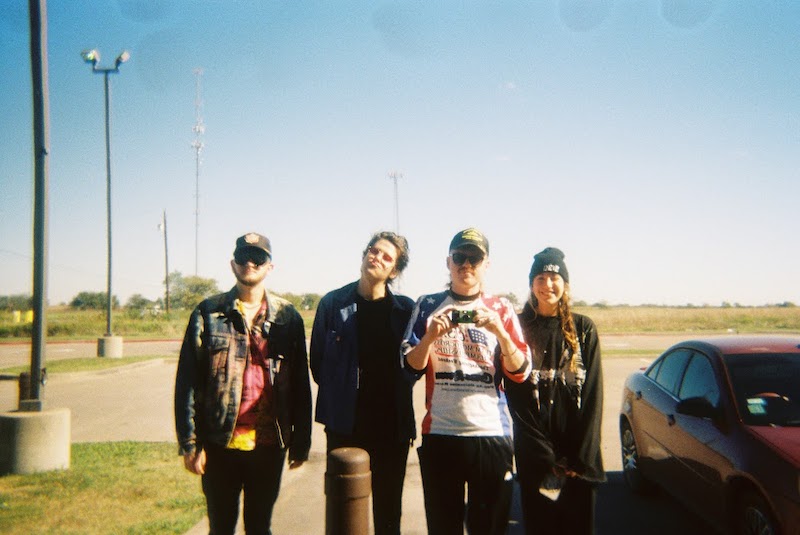 The song itself was written during February’s historic freeze in Austin that left many homes without power. The singer/guitarist and multi-instrumentalist/producer composed the single on a piano in Walker’s frigid home, where they had little to do but sing and shiver and smoke. The inspiration for the video came later.

“Who the fuck knew there’s mad weed in Oklahoma? Okla-fuckin-homa has weed, like what the hell?” – Adam Walker

“We were on tour and we saw the Choctaw Casino and thought ‘This place looks like it fucks so hard,’” Walker recently revealed over a smokey picnic table at the Chronicle headquarters. “It’s only five hours away – and who the fuck knew there’s mad weed in Oklahoma? Okla-fuckin-homa has weed, like what the hell?”

“The vocalist says that unscripted, single-cam video – co-starring friend Hannah Edelman – documents one of the his favorite weekends in memory: “Four friends hanging out, fuckin’ around, and taking mushrooms at the goddamn Choctaw Casino.”

Winik, meanwhile, muses over the slice-of-life one can encounter at the Choctaw Casino, which has a 3-star Yelp rating and includes a Guy Fieri’s American Kitchen Bar (that they, admittedly, got trashed at).

“The aspirational figure at an Oklahoma casino is a lot different from Vegas. In Vegas it’s some Rico Suave motherfucker, dope as hell, cocaine, money – you go to the Choctaw Casino and the dude who is balling the hardest is dressed up like a cowboy!”

“I Only Feel Alive When I’m Stoned” premieres here:

Me Nd Adam decorate the Continental Club – musically and visually – on Friday for the Keep Austin Cheer’d holiday extravaganza with Calder Allen opening. The event fundraises for Casa Marianella, which provides shelter and support services for immigrants.