IV, III, II, I... Contact! The Latest in the Williams Country Music Dynasty is Keeping Things Warm in Some Very Long Shadows 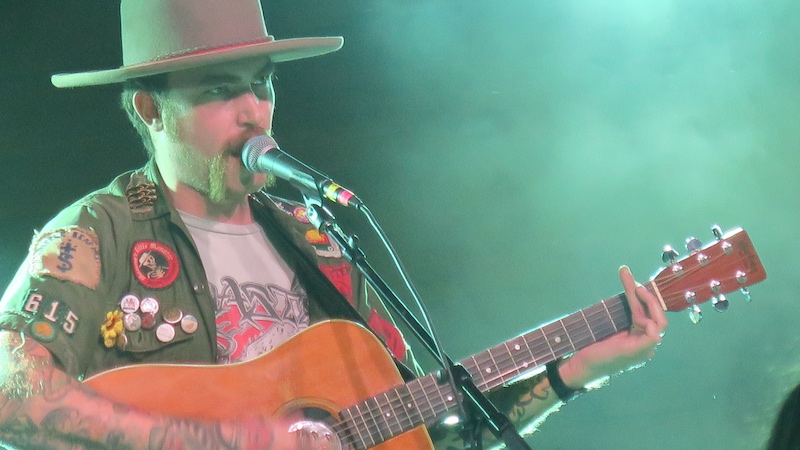 “I don’t wanna be in a genre” is a familiar mantra amongst young musicians. No true artist would want to be limited to someone else's idea of what their art should be, right?

But when your DNA descends directly from one of the most popular country music singers of the 20th century, (if not the most popular), that message might easily get lost to the religiously loyal fan base who’ve been starving for the gold-standard of country music created by the mighty Hank Williams Sr. over 70 years ago.

Coleman Williams (aka IV) was born and raised in the belly of the beast, Nashville, Tennessee – a city responsible for some of the best, and most of the worst country music ever made. With literally thousands of people flocking every week to Lower Broadway just to get a selfie in front of the Ryman Auditorium or a beer and a shot at one of the most famous honky-tonks on the planet, Tootsie’s Orchid Lounge, I imagine it would be quite tempting for a young man, with royalty in his blood, to gravitate directly into the eye of the storm and yell, “Look at me!”

His songs sustain a strikingly impressive balance between the gritty, underground energy of punk and the obvious power of a solid time-tested melody.

That was not the case with Coleman. Coming of age in the early 2000’s, he actually attributes his strongest musical influences not to institutionalized performers at the Grand Ole Opry or long-standing insiders on Music Row, but rather to attending house shows. The house show scene, (not to be confused with the house music scene, an early form of EDM from Chicago that became popular right around the same time) was a pre-internet, DIY network of punk houses around the country that volunteered their living rooms, basements, garages, or backyards to touring bands as both a place to play and a place to stay when they couldn’t get shows through mainstream channels. This underground-music lifeline flourished in the Nineties, due largely in part to an independent publication called Book Your Own Fuckin Life, which connected the dots for countless young bands and performers who literally had no idea how to get started in the music industry. Coleman Williams attended his first show at 13, and he was hooked.

"It was just fun to be a part of a homemade, DIY experience like that. Kids of all ages could be there,” Williams shared with me last Tuesday when I caught up with him at the Scoot Inn, where he was supporting Colorado’s Tejon Street Corner Thieves and Austin-based murder-folk juggernaut Amigo the Devil. “It wasn’t about bars, it wasn't about buying alcohol. It was about truly going to see music.”

The Williams namesakes have never shied away from shaking things up along its rocky and consistently troubled road to legendary status. Hank Williams Sr., although beloved, was, by some, derided as a honky-tonk sinner who was playing ungodly music for hillbilly heathens. Then of course his son Hank Williams Jr., furthered the “Family Tradition,” by injecting southern rock into his brand of country, famously labeling this dilemma in one of his most successful songs. 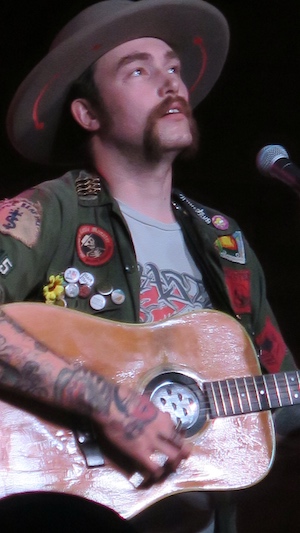 When Jr’s son, Shelton Hank Williams III, decided to take the country legacy into a straight-up, unapologetically punk rock, thrash-metal style of music, the mainstream country world threw their hands up once again and cried “foul,” to which III responded by adjusting his live set to start with an hour and a half of old school country, followed by launching into a completely different set of intense heavy metal mosh-pit madness, creating a virtual smorgasbord of outlaw music for his multi-generational fan base. (Full disclosure, I sang in III’s band Assjack for 7 years during this period.)

But rather than nailing himself to a bedazzled hand-me-down cross, in some public attempt to suffer for the sins of his forefathers, Coleman Williams seems to be choosing the high-road and learning from them instead. As I watched him play with his band, IV & the Strange Band, it’s pretty apparent that he might be the first Williams to apply a stable, workable balance to the many hard-fought lessons that his family has struggled with for so long. His songs sustain a strikingly impressive balance between the gritty, underground energy of punk and the obvious power of a solid time-tested melody. All driven by the most important thing: a band that believes in you.

“Everyone in my band are people I’ve known for over ten years. I truly know, from the bottom of my heart, that they care about what I’m doing and what I’m making.”

Growing up in a famous family is a precarious mind-swell of who you want to be versus who you’re expected to be. Whose dreams are you supposed to fulfill, yours or your lineage? The artist that is your truth in a constant struggle with the vain expectations of a withering crowd that can dominate your existence?

With every changing of the guard, there seems to be a little more reticence about picking up the mantle. Jr. played his first stage-show at eight, performing his father’s songs. III waited until his mid 20s to build on the connection. IV threw his own personalized cowboy hat in the ring at age 29, the same age Sr. was when he died.

Coleman, who has a degree in literature and a minor in education, spent much of his 20s traveling and building a career as an educator, spending over three years teaching the 8th and 9th grade in Murfreesboro, TN.

“I loved it, but the political system of it is very frustrating,” he said. “I love my degree because it taught me how to read in the right way, to look at things from a different perspective. It also taught me how to be a better writer.”

And, of course, a different perspective is exactly what one would need when taking on the potential prejudices of static fans, unwilling to move forward with him and his attempt to connect with his family's musical history throughout the writing and recording process of his first full-length album, which has been steadily building anticipation amongst his newfound fanbase, but still has no release date.

When talking about his first release, the single “Son Of Sin,” released on 4/20 of this year, IV had this to say in an interview with Consequence of Sound: “The song is kind of me making a joke at the way my family has been used over the years. My family legacy is something that I hold with highest utmost respect, I have worked my whole life to feel I have earned a right to add my chapter to the family.”

Judging by the good spirited, nurturing atmosphere he has created in such a short time, it would seem a pretty safe bet that whatever inspirations, styles, or melodies he decides to channel into his work, they will all be fueled by a hard-driving backbeat of sincerity.

Residential Address: Jon Dee Graham and the Snakes of Central Texas
The family values of rock & roll and “neurological events of unknown origin”