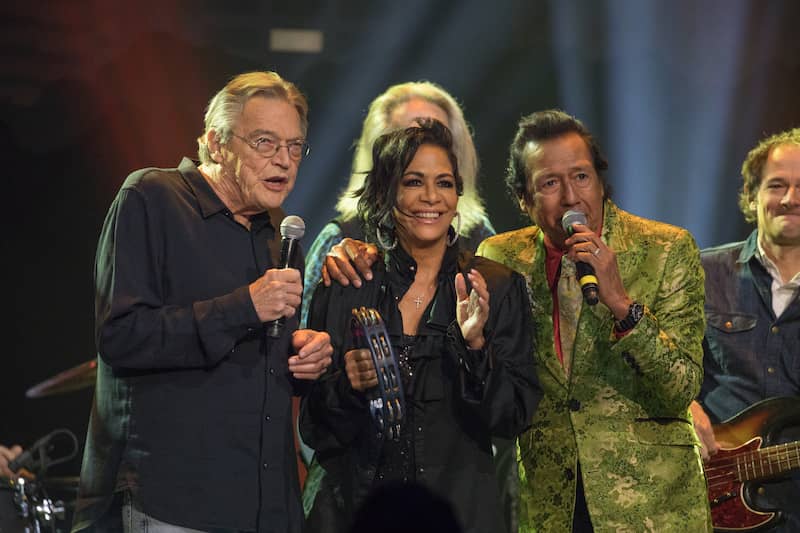 Seventh annual HOF Induction inside ACL Live at the Moody for the venue’s namesake PBS concert perennial, Thursday night’s three-hour extravaganza felt more like a First Waltz rather than the end of an era.

Capping the locally-lensed program’s 47th season of tapings, the musical honorarium for a trio of the television show’s legacy performers staged a three-act narrative spanning 1983 to 2017. A full yet never overcrowded and mostly unmasked house sprung to its feet time and again in ecstatic appreciation, not only of the audio-visual delights but also in corporeal worship for the return of that which defines this ever-expanding metropolis: live music not livestreams. Debuting in 1983 with alt-country pioneers Rank & File, Alejandro Escovedo appeared in the flesh and as flash as ever in a neon green blazer. Inducted by punk pioneer Kaye, who cited great American transcendentalist Walt Whitman (“we contain multitudes”) and Houston psych avant-gardist Mayo Thompson (“definitions define limits”), the San Antonio native and recent Dripping Springs dweller covered all seven decades of sonic provenance in his acceptance speech. Beginning with his mother from San Marcos and father from Saltillo, Mexico, which pyramided into 13 siblings and then seven children of his own, Escovedo summed up West Coast surf-punk and CBGBs New Wave as early bookends soundtracking a life of rhythm & dues.

“Music runs deep in the Escovedo family,” he said in recalling his worship of eldest bro pros Pete and Coke Escovedo, both initial Santana henchmen.

All that and more reverberated through his three-tune set spanning 2002 Austin City Limits debut for play By the Hand of the Father to 2020 immigrant-themed parallel La Cruzada, the Spanish-language translation of The Crossing two years previously. Del Castillo frontman Alex Ruiz delivered lead vocals on the former’s “Algo Azul” and its four-guitar chorus – Escovedo and Kaye alongside house band firebrands Lloyd Maines on pedal steel and David Grissom on lead – a string quartet, and Bonham-esque pounder Sheila E. Trail boss Doe strode to the mic next in Mirandizing glam simmer “Sally Was a Cop.”

Both acted as mere warm-ups for the honoree’s windmilling stomp on extended walk-off “Put You Down.”

Having suffered a stroke last November, Lucinda Williams proved the swiftest in and out of the spotlight. Leather clad and determined, Jason Isbell wasted not one single bon mot in fêting his 2021 summer tour partner, who he helped gingerly on and off-stage like a groom escorting his mother down the aisle.

“A lot of my songs wouldn’t exist if I didn’t spend all my time trying to rip her off,” he grinned.

“Too rock for country and too country for rock,” she countered afterward in recalling Nashville’s reaction to her ultimately Grammy-winning “Passionate Kisses.” 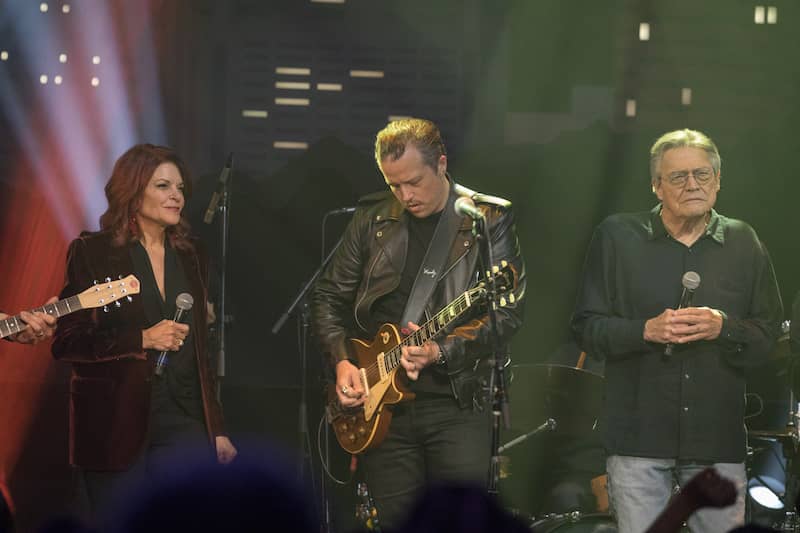 Isbell slayed 2001 Essence standout “I Envy the Wind” in his keening, masculine/femine croon, then came Rosanne Cash to lead Williams through 1988 deep cut “Crescent City.” That set up a raucous “Changed the Locks” with an axe-wielding Margo Price, false start included. Before you could say “car wheels on a gravel road,” the Louisiana rambler dematerialized.

That left Wilco to floor the show home and that they did in Windy City style. Handing over their crystal trophy, Cash recited some of the deepest accolades of the evening:

“Wilco are heartland laborers in the Tower of Song,” she pronounced.

Leonard Cohen surely would have blessed Tweedy lyric, “The ashtray says you were up all night,” which lit the fuse to a hair-flailing band burn on Summerteeth’s “A Shot in the Arm.” When the dust cleared, Austin’s tower of stillness, Bill Callahan, duetted with a lap-steeled Nels Cline for a riveting “Sky Blue Sky.” Allen returned to console his keyboard with “One Sunday Morning” from 2011’s The Whole Love, while Zauner turned in a kittenish “Jesus, Etc.” 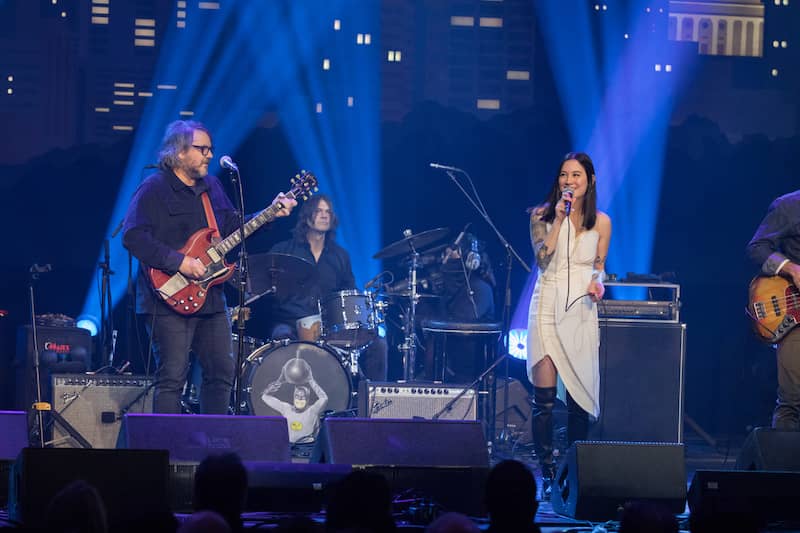 Then came the rains – or rather the “California Stars,” shooting across the Moody stage like a turkey day feast at a Winterland of long ago and far away. Tweedy took the first verse, Cash the second, and the whole rock & roll chorale drove the rest home like a comet shower. Wilco’s first, last, and always main man hugged all his co-stars off-stage and into Austin City Limits history. 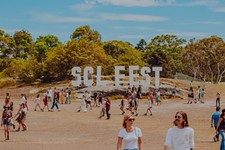