“In a world where rock is dead..." Post Animal returns to Austin

My first live show at “heaven or Hotel Vegas” felt as spiritually liberating as a christening and as artistically violating as a musical deflowering. 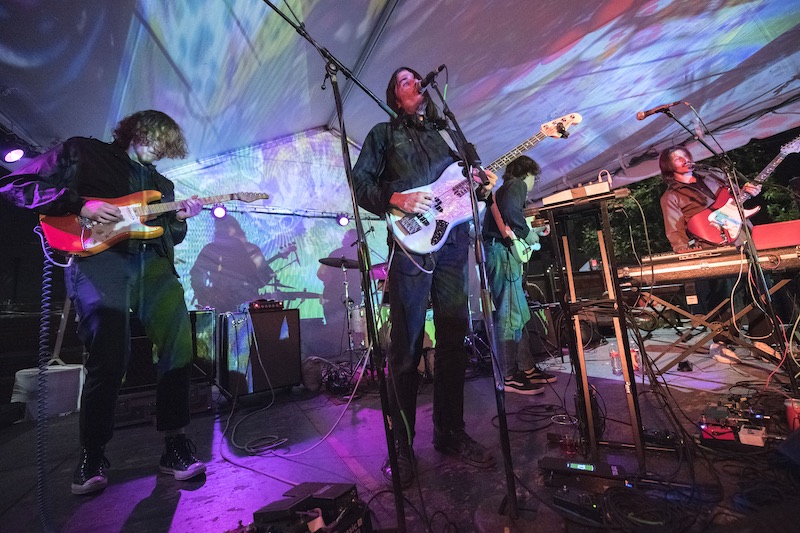 On and on did tunes whip through the air along with the violent winds of a changing season as Austin nursed day one of Levitation, the 13-year-running event co-founded by members of Austin’s Black Angels. As a 19-year-old “on the list” for a concert at the mid-20s mecca on East Sixth, the experience was akin to a mask-clad Mars sauntering into an Eyes Wide Shut style clubhouse meeting. This was no crack-up, the colored lights and open-air wonderland was reminiscent of an all too familiar “lights festival,” but in November and with plums of smoke on a backdrop of alt-rock shoegaze.

Like a cool kid church service, Post Animal pumped out a 75-minute siren serenade to the mullet riddled, tall boy drinking crowd drowning in the drippy distortion of dream pop with a heavy psychedelic twist of lime. Show openers Being Dead, Nolan Potter’s Nightmare Band, and Pearl Earl were ample foreplay to the oncoming mellow ride that had audience members throwing their heads back in vibration ecstasy that the headliner was gifting out in droves.

The five-piece hit the spiritual high note of a religious hymn, easing into the set with ethereal melodies that matched the tie dye projections painting the tent behind the setup. From one song to the next, the cheers got louder and the air hung thicker as the guitar pedal wails cut through the noise and heat like a katana. The 200-strong crowd swayed like flames on a butane lighter as they watched Post Animal pound on the pulpit stage like they were getting dimes for each downbeat. 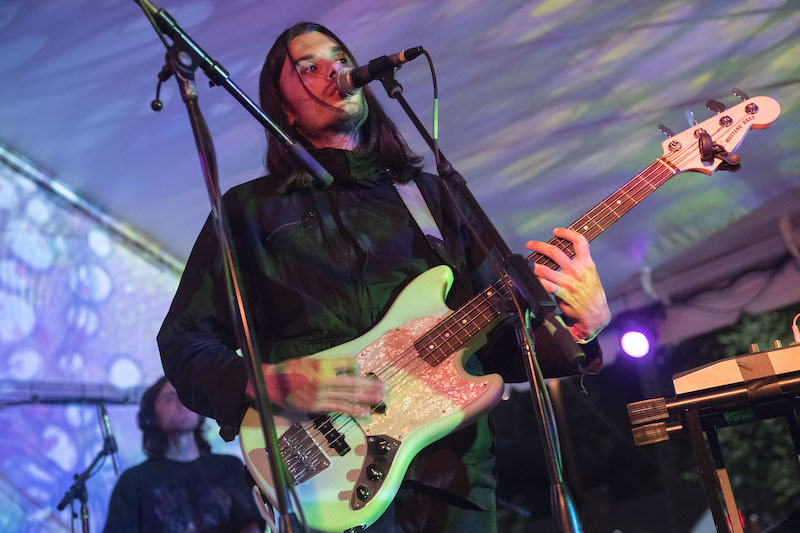 Leading us through a quest of bendy, eerie guitar breaks to punk preaching high notes and Eighties metal inspired guitar solos with a dreamy overture, the audience held their breath against the electric buzz hanging in the air. A slow thrash possessed as the Chicago natives gifted the voyeurs with song “Goggles,” riddled with creamy, rich, and lazy guitar progressions with vocals to match.

“You Were Not There” served up pounding progressions weaving into a tapestry of punk symphony, receiving thunderous applause for Post Animal’s more hardcore and gutteral bass lines. The two song encore was a soul-mending surprise that punctuated the set on a heavy, surf-rock indulgence that pulled the crowd out of the dream state they were willing victims of during the first part of the show. Crowd surfers galore riding the high of the last drag of the Post Animal peace pipe with bodies hoisted into the air as high as the high pitched screeching guitar punctuating the performance with a psych punk period.

Bones shaking and wide eyes in awe, if this is 21st Century twenties musically elevated psychosis, I want a slice.