L.A.-born, genre-defying rock band Chicano Batman brings the kind of performance that makes you want to shake your ass, but also put your head on someone’s shoulder. 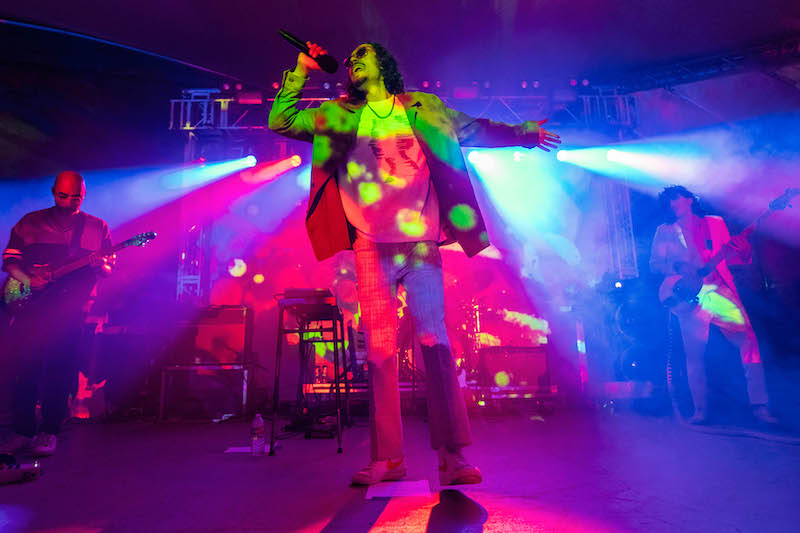 Angelica Garcia and Crumb opened Thursday night’s Levitation proceedings at Stubb’s with not so much a bang as a hypnotizing snare brush, so it was a smart choice for Chicano Batman to start higher-energy with “Cycles of Existential Rhyme,” off their seminal, eponymously named album. The crowd, who’d been totally put on ice by the autumn weather and Crumb’s chill, psychedelic vibes, warmed up as shag carpet patterns of light blur into funky synth chords and strong guitar riffs. Lead vocalist Bardo Martinez floats across the stage whipping his gorgeous mop to keep time, confirming my suspicions that the original band probably would not have stayed together for nearly 14 years if he had gone bald.

By the third track, “Freedom is Free,” guitarist Carlos Arevalo is ripping into soul-rending chords and the band hits their fine-tuned groove with Eduardo Arenas wildly slapping the bass as time appears to blur like we are actually ingesting the mushroom spores in the band’s backlighting. Chicano Batman is one of those bands that work as a true ensemble, after a decade and a half of practicing, touring, and growing up together, they juggle each other seamlessly. At any given time, the guitarist can spring into a solo that steps in line perfectly with an on-par percussion and intricate harmonies.

Fourth track “Dark Star” hammered us with gothic punk and flashing lights before abruptly segueing into bright piano, and Martinez sheds his jacket as he works up a sweat in a white t-shirt and jeans. Sixth track “Manuel’s Story” took us through a tale of cartel violence and displacement over peppy synths and snares, and seventh track “Invisible People” slowed it down while plaintively addressing universal sentiments; “Fuck the system ‘cause it’s all over.”

All their day-one Mexican fans cheered as eighth track “Itotiani” made them reminisce about listening to old Mexican rock groups in the Seventies and Eighties at venues like Flamingo Ballroom, with the guitar splitting into roaring licks and the keyboardist holding each note a few seconds longer in classic Latin style. They followed up with cumbia number “La Manzanita,” bringing the crowd to a roar as Martinez addressed his long-time Austin fans: “It’s so fucking awesome to be here tonight… Thank God, Austin is always bringing the vibes.”

After a series of fun, riff-heavy jams, Martinez slowed it down and picked up a guitar for joint ballad, “Para Agradecer,” crying out in touching notes as the lights dim to blue. Martinez continues to harness terrific, belting vocals as the band paints a kaleidoscope of genres and sounds ranging from big band and psychedelic to intimate crooning and tropical beats.

My boyfriend gets teased he’s one of the few Mexican s who listens to so much indie music; well, the entire indie-music-loving Latinx population of Austin was roaring as they closed out with classic hit “Black Lipstick.” 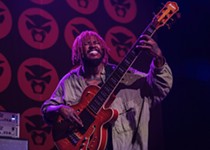 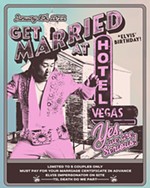