In what’s become Austin’s most fascinating case study in COVID-era band dynamics, the ska-punk band Hans Gruber & the Die Hards has ousted two of its founding members – the lead singer and the guitarist – due to their refusal to get the COVID-19 vaccine. 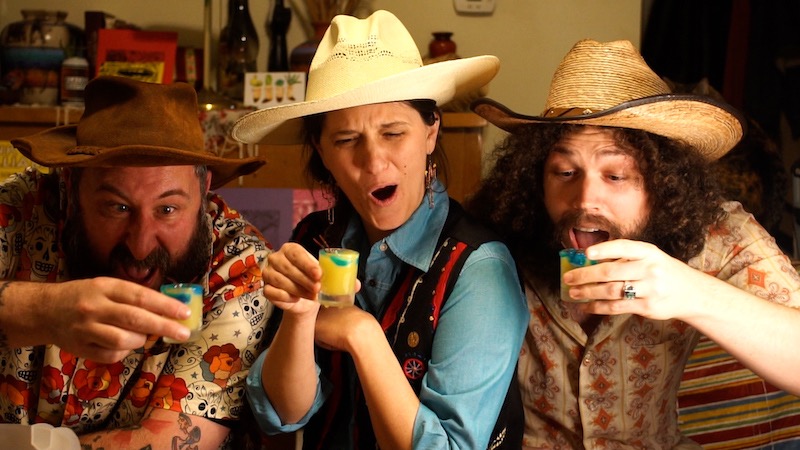 The split happened in May, but came to light on September 27, when the two fired members – Hans Emanuelson and TJ Robinson – addressed fans on a website for the band. The posting, which spurred hostile debate in the comment section, reads in full:

I'd like to set the record straight on a few things.

TJ and I have never quit Hans Gruber and the Die Hards. On May 5th we were blindsided with an ultimatum from Kurt, Rosey, and Chris that we either get the covid vaccine immediately, or we were out of the band. Within minutes, the other three members locked TJ and I out of our shared Facebook, Instagram, Twitter, Bandcamp, CD Baby, email, and all spreadsheet/document accounts. We came to the unfortunate realization that the other three were taking all of our merchandise, content, and band money.

Even after being treated this way, TJ and I have attempted to work out an agreement so we could still release our final album we completed together in 2020. They informed us they would be re-recording over all of TJ’s vocals. At first they appeared willing to talk with me, but as soon as it became clear I was not willing to go along with cutting TJ out, my attempts to communicate have been met with complete silence for over three months.

I've kept this private up until now in the hopes that we could talk and something could be worked out that would be fair to everyone. As of now however, they are moving forward using my name and the band TJ and I created. Whatever else happens, I would love to see the album released with all the original members included. TJ and I put countless hours, significant money, and soul into creating it and we just want to give our fans and friends a chance to hear the album as it was originally intended. TJ and I are going to do whatever we can to make sure that happens. Regardless of how you feel about what we choose to put into our bodies, TJ and I deserve to be treated with respect for everything we put into this band the last seven years. Love or hate us, we are as much a part of this quirky little punk band as anyone, and TJ and I will continue to create music together.

The three remaining members of the band are continuing on under the name Hans Gruber & the Die Hards and beginning a tour next week anchored around an appearance at The Fest – a well-known independent punk rock gathering in Gainesville, FL that’s requiring all performers to be vaccinated.

In a late September phone interview, the current full-time members of HG&TDH characterized Emanuelson and Robinson’s website posting as “semi-accurate,” but lacking context. They confirmed that the singer and guitarist were dismissed from the band during an in-person band meeting on May 5, but that the conversation had begun four months earlier on a Zoom call. According to drummer/songwriter Chris Thompson, the purpose of the call had been to discuss a then-upcoming 7-inch split with the band Sgt. Scagnetti, but the topic changed.

“The call shifted to be about when are we going start playing shows and touring,” Thompson explained. “The three of us who are HG&TDH at this point were like, ‘Oh yeah… well probably not anytime soon.’ This is January 2021 there’s no vaccines for everyone yet. TJ and Hans voiced that they wanted to be at the forefront of bands getting out and starting touring.”

Regardless of how you feel about what we choose to put into our bodies, TJ and I deserve to be treated with respect for everything we put into this band the last seven years. Love or hate us, we are as much a part of this quirky little punk band as anyone – Hans Emanuelson, in a statement on the Hans Gruber & the Die Hards website

Three-fifths of the group expressed wanted to wait until COVID numbers were lower, vaccines were widely available, and venues were in full swing before resuming touring.

“That’s when they told us: ‘Just so you know, we’re not going to get the vaccine and we never will,’” Thompson recalls Emanuelson and Robinson stating on that Zoom meeting.

At that time, the band had contracts to play Pouzza Festival in Montreal and The Fest in Florida. Thompson, bassist Kurt Armstrong, and saxophonist Rosey Armstrong say they reasoned to their two other bandmates that vaccines would likely be required to play shows of that nature.

“Their response overall was ‘Yeah we’re not going to play those places – maybe we can just go back to playing basements and backyards,’” Thompson relays. “And, look, we’re a basements and backyards kind of band, that’s our thing, but we also left our careers to tour. To us, that was an ultimatum – to have two members outright say they’re not going to get vaccinated and they won’t play the places that require it – but we didn’t rush to any judgement. These are our friends, we’ve been touring together for six years, so how do we address this and what kind of conversations can we have?

On the first day that all five members were simultaneously in town, May 5, they met at Emanuelson’s home and resumed discussions.

“We wanted them to reconsider, we wanted them to think longer on it, we asked ‘What if we wait until (the vaccine is) FDA approved, would that change anything? And it was just such a clear conversation of ‘Absolutely not’ that we had to make that call… that we’d have to fire these two members of the band,” Thompson says. “So we did, we fired them right there on the spot.”

Kurt Armstrong — who’ll now set the down the bass to become the band’s primary vocalist, while also contributing horn work – says of the split:

“It wasn’t an easy decision. We mulled on it for months. The reality is losing a singer and guitar player is hard, but me and Chris started this band with Hans and TJ and, when we added Rosey on as our sax player, she was a full time representative of the band with a vote. So it was difficult, but me and Chris do the vast majority of the songwriting, both lyrically and musically, so we knew we had the one important factor that would not change: the songwriting would remain strong in our voice.”

Armstrong believes the new iteration of the group won’t be a drastically different feel or sound because the amount of singing he’s done in the studio has increased with each of the band’s last few records. He says they are also adding a new guitarist and bassist to fill in for the upcoming tour. That new lineup debuts on Thursday, Oct 21 at Kick Butt Coffee for a kickoff show.

HG&TDH’s members say they’re “excited about the next part of our career.” That includes a new album. When asked about it, Thompson said: “It’s done. We can’t say too much more about that,” which might imply there’s impending legal action, or the threat thereof, surrounding the record. Meanwhile, Rosey Armstrong says they hold no animosity towards Emanuelson and Robinson.

"We’re moving on and obviously there’s a lot of feelings and anger, but we don’t wish bad for them."

Update [Oct. 13, noon]: The original version of this article stated that Hans Emanuelson goes by the name Hans Gruber, which is inaccurate. We regret that error.