When the festival asked famed Texan author and researcher Brené Brown to select a guest for her Zilker Park conversation, she DM’d Brett Goldstein. The actor writes and plays the aforementioned, broody Kent on the Emmy-sweeping Apple TV+ series. A huge fan of the series, Brown already hosted show creators Jason Sudeikis and Brendan Hunt on her podcast Unlocking Us and received an onscreen shout out herself in the show’s second season. 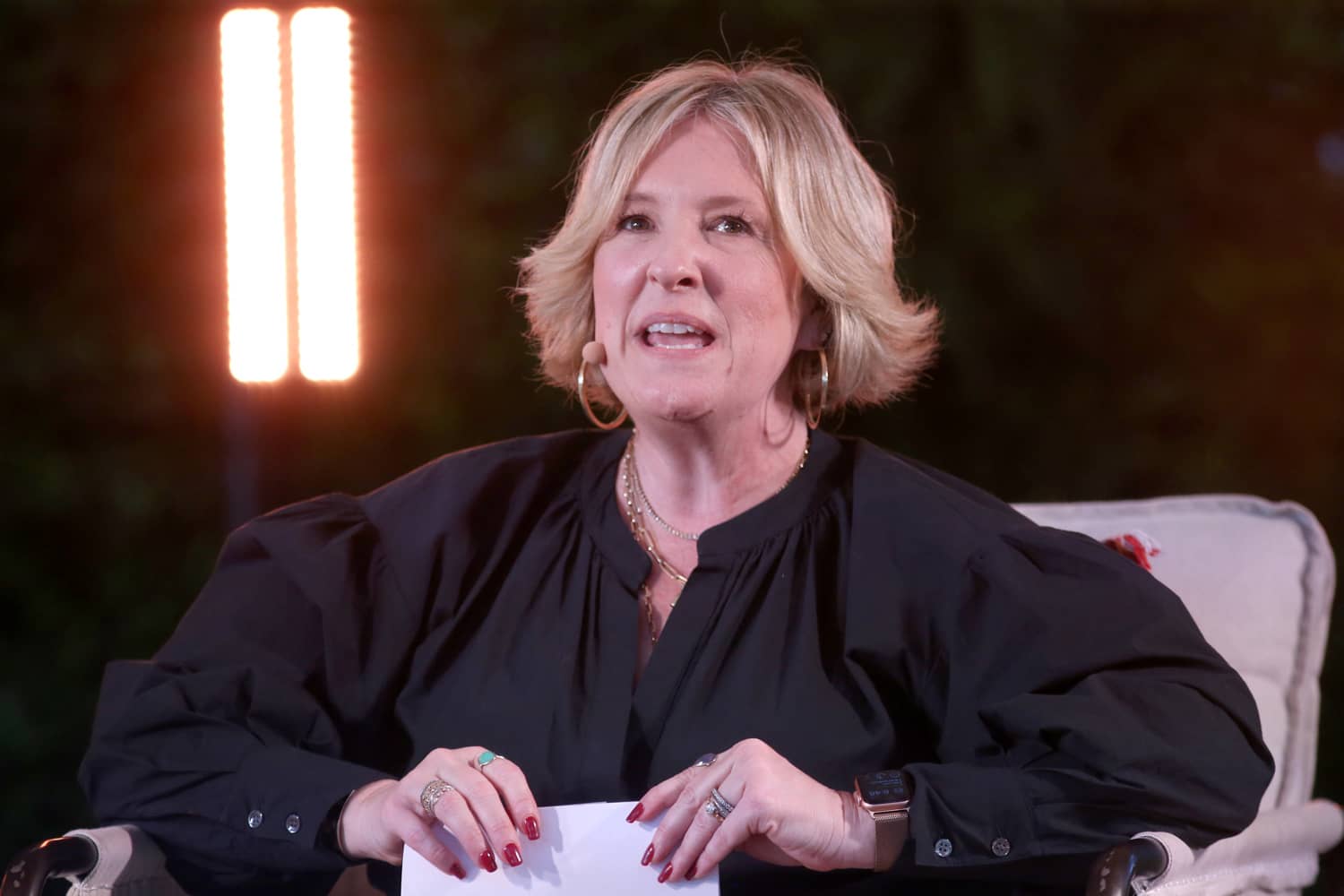 Austin-based musicians Gina Chavez and Carrie Rodriguez, whose co-songwriting soundtracks Unlocking Us, elegantly warmed up the antsy crowd with Chavez’s women's empowerment theme “She Persisted.” The two icons of vulnerability, Brown and Goldstein, then emerged to a sea of phones and a few blue Kent jerseys. (I can confirm the star’s lush eyebrows and FIFA-ish beard are indeed not CGI.)

Their full charming, expletive-laden conversation will eventually be released as the first-ever live-recorded episode of Unlocking Us. For now, here’s a few highlights from Goldstein.

On what he would play in his and Brown’s imaginary band: “I’d be on bass, silent and moody at the back. You’d be up front, fucking ripping it up. People would be going nuts.”

On the Ted Lasso writers’ room: “For a series that’s fun, there’s a lot of chat about Esther Perel and Brené Brown. At some point, you have to share and be vulnerable and hope that everyone’s not going to take the piss out of you. A lot of the chat is philosophical and about relationships and psychology, and then you just add jokes.”

On the character journey of Roy Kent: “He’s a cauldron of emotion, and he doesn’t want anyone to know that. The reason his voice is like that is because he’s stuffing it all down. If he let it out, he’d fucking be a mess. Everything is held in.” [growls like Roy Kent]

On the Grease franchise: “I love Grease 2. It’s the best Grease.” [crowd boos] “Oh, now you’re angry! Grease is a film about a woman who has to change herself for a man. You’re all terrible, you sexist pigs!”

On his real-life football talent: “Absolutely shit at it. I have a good go. I can run. I can chase the ball.”