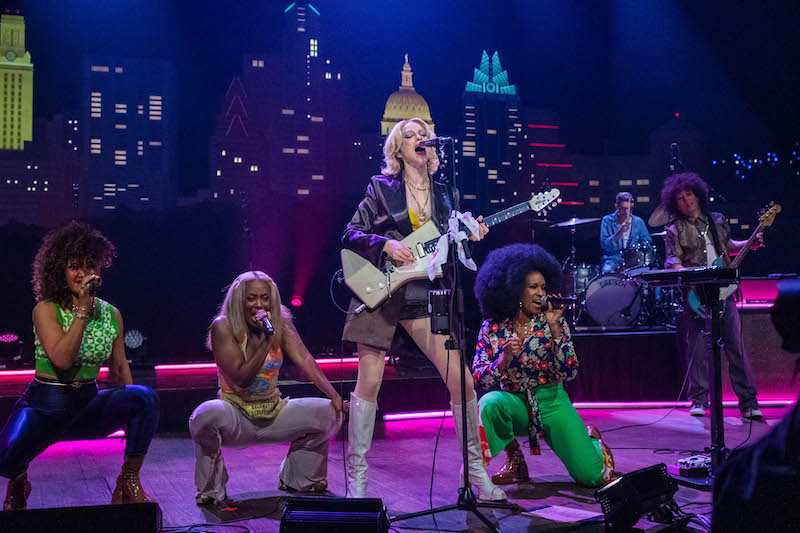 True to her pattern per album release, St. Vincent’s locked into a new, specific persona. The protagonist of sixth full-length Daddy’s Home is a bleach-blonde New York City fashionista with equal parts soul and sultry swagger.

She stayed committed to that character throughout her third ACL TV taping, Thursday night at the Moody Theater, but the performance defied one-dimensionality at every turn. 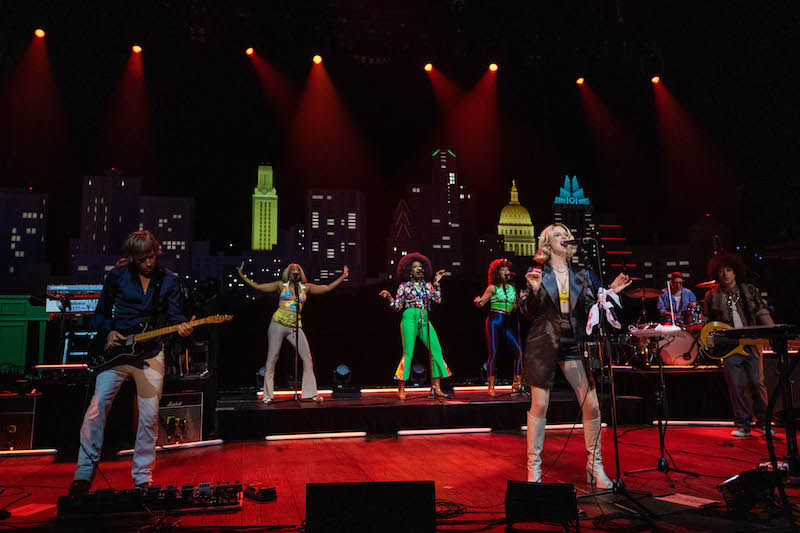 Indeed, if taken as a preview of what ACL Festival attendees can expect from her Sunday evening set (a Weekend 1 exclusive), fans hoping for glimpses of Annie Clark’s former iterations won’t be left wanting. New material arrived via only six of the set’s spellbinders and while those tunes’ striking concoction of funk-soul – elevated here by an all-star band replete with three ace backup singer-dancers – often permeated older material, St. V frequently and fantastically fucked with nearly every song’s original formula.

The forefront funk crept into pair of mid-set Masseduction tracks “Los Ageless” and “Sugarboy,” but the slick licks followed a pattern of intermittently erupting with post-punk punches and the latter track resolved into a borderline-grunge din of distorted guitar freak-outs that drew massive cheers from the mostly masked audience. The rest of the “classics” – Actor addition “Marrow,” Strange Mercy mainstay “Cheerleader” and “Your Lips are Red” (a relative rarity off debut Marry Me) – likewise served up spirited shredding. Diehards know to expect that, but I’d wager the bulk of newcomers were left surprised and slack-jawed. 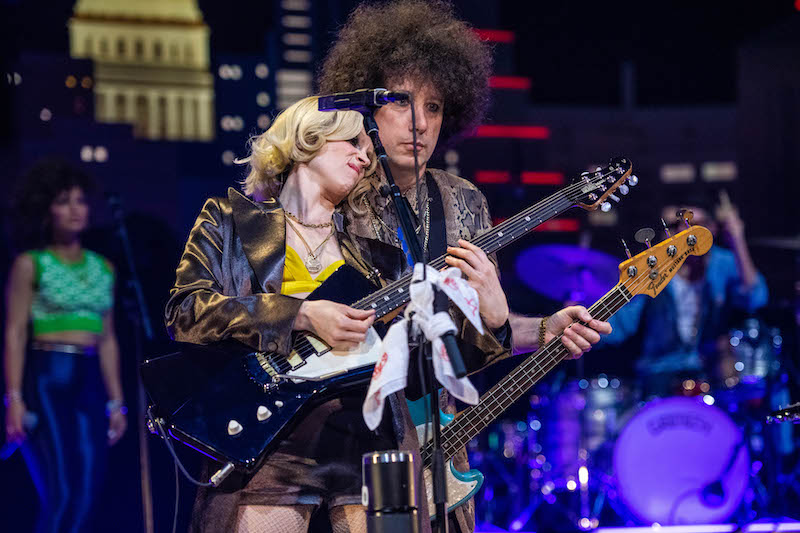 St. Vincent, aka Annie Clark, leans into a guitar part at ACL Live at the Moody Theater on Thursday night. (Photo by David Brendan Hall)

And no one was safe from total bewitchment during show closers “Live in the Dream” and “Melting of the Sun,” a pair that perfectly predicted how St. Vincent’s vast sonic spectrum – spanning psychedelia to highly harmonic soul – is poised to wow any ACL Weekend 1ers lucky enough to witness it. 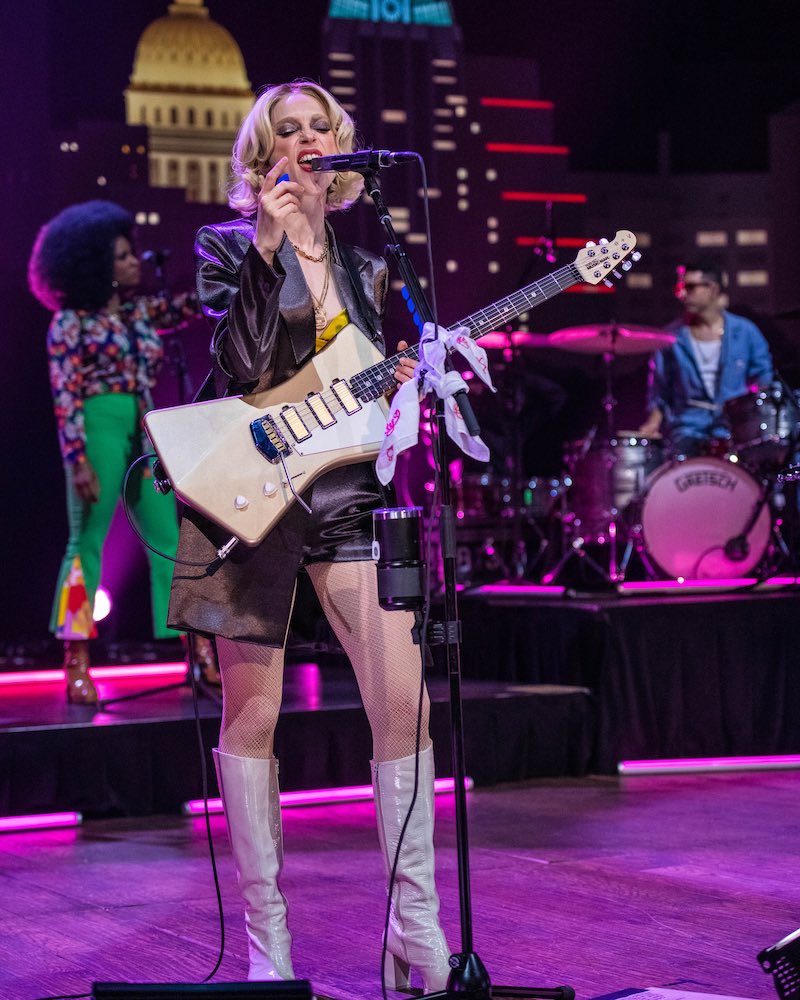 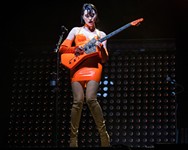