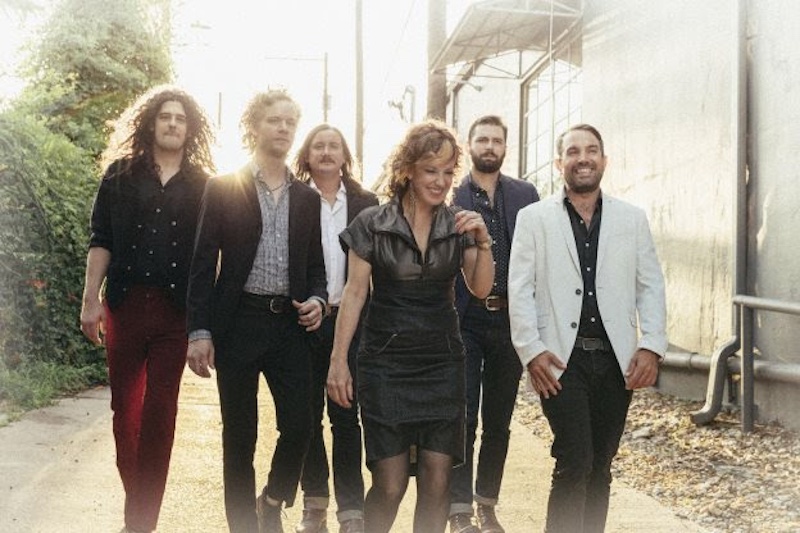 Darkbird’s new single “Heartbeat” immediately landed as one of Austin’s undeniable songs of the summer. The slick Eighties beats and Kelly Barnes’ suave, but biting pop vocal hit with an instant head-bobber, which also marked an interesting turn to their typically guitar-flexed rock sound.

“I'm an Eighties fan in all ways possible,” Barnes explains. “I grew up in the Eighties so that will always be a natural influence in what I write. That music was revolutionary in all ways good and bad because technological advancement changed everything. But it also was ridiculous. The fashion, the films, the hair. I loved Annie Lennox, Joy Division, the Smiths (Jesus Christ I loved them), Michael Jackson, Prince, Sheila E, Howard Jones, Van Halen, the B52's.... Then, when I was a bit older, I found out about the Replacements and realized I was definitely born too late.”

Credit the sextet’s lean into a dancier sound also to teaming up with Walker Lukens to handle the production. Even as Barnes and lead guitarist Brian Cole mark the song with their distinctly dark and cathartic power, Lukens’ impeccable pop fingerprints are all over “Heartbeat.”

“We have always known he's a badass and his own music was on my radar so we just reached out,” offered Barnes of tapping Lukens to produce. “‘Don't Wanna Be Lonely" is so damn good. I knew I wanted to work with him based on that song alone. He also produces all types of music so we really believed he was just going to really serve the song and not his own style, necessarily, though we love his style so win/win. He added so much fun with synth stuff and just played with the arrangement in such an organic way. We spent a lot of time messing around with this tune. It was really fun.”

The video for “Heartbeat,” premiering below, likewise throws back to the heyday of neon. Directed by Adrian F. Hattingh and edited by Chris Nelson, the MTV-worthy experience lets Barnes tap into her best Footloose moves dancing through the remarkably lighted studio.

As to whether the new song indicates the direction that Darkbird might be moving for their debut LP, Barnes insists the band will continue to just go where the music leads them.

“This band just makes what it makes,” she says. “We start something then see it through if we like where it's going. It's pretty simple. There was no plan here. It just happened. We got pregnant and had the baby. No idea what to expect out of it. Just hope it's not a jerk.”

Check out the video for “Heartbeat” below, and catch Darkbird heating up the Mohawk as they open for Middle Kids on October 18. 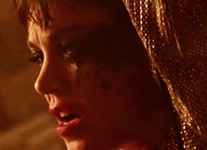