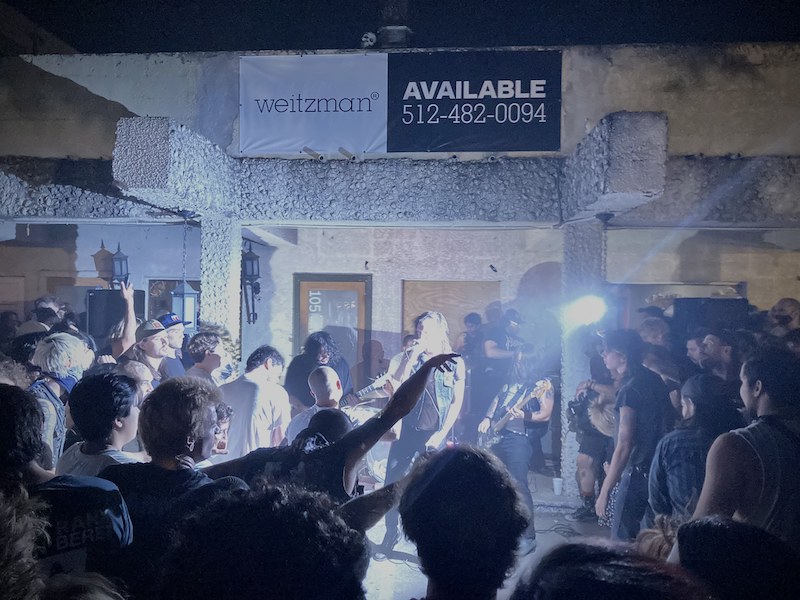 Those lyrics come to mind as I was walking down East 5th Street towards the Yellow Jacket Social Club on Friday and contemplating how much the surrounding landscape had changed in the decade since it opened. The undeveloped lots, warehouses, and graffiti walls are now all condos, condos, and more condos. Unchanged, Yellow Jacket remains a skater punk watering hole serving legit food with a brunch-able stonework patio.

The year before Yellow Jacket came into existence, Impalers rose into the world with a self-titled cassette. The d-beat hardcore punk unit remains anchored by vocalist Chris Ulsh and drummer Mike Sharp – then known, respectively, for Mammoth Grinder and Hatred Surge, though now they’ve gone on to be involved in a plethora of beloved punk, metal, and experimental projects. Given that, Impalers play show infrequently and when they do, you want to be there. This was one of those nights – a celebration of 11 years as a band.

I pull in to find the show happening in the parking lock, filled with 100-plus people who’d just finished watching Stunted Youth and Ready Armed System, both of which put out killer demos this year. While a large section of the crowd is Impalers age, the all-ages show – put on by This is Austin, Not That Great – has brought out a lot of youth too.

“Is this your first punk show?” A guy next to me asks his friend.

“It’s my second,” she clarifies.

“It’s my first!” adds another person in their group.

Could you imagine: your first punk show and its Impalers in a rowdy parking lot? That’s like having your first drink and it’s fuckin’ Dom Perignon (I’m assuming that’s the highest standard shit you can drink).

There's no stage. The drums are set up by the door of what used to be Breakaway Records’ original location and a “For Lease” banner from developers Weitzman Group hang depressingly directly above the band.

The downbeat hits around 9:40pm. Immediately, masses shift and bodies clash in a human hurricane around the five band members. Sharp, one of my favorite drummers in town, pushes the high tempo perfection while Ulsh, also one of my favorite drummers in town, roars into the mic with his elbow high then drops his arms in a don’t-give-a-shit pose between lines. Victor Gutierrez bangs his head and raises up his guitar by the neck during inhales of free-time feedback.

Pop. Pop. Pop, pop, pop. A mat of firecrackers has been lit. The tattoo of tiny explosions flash light to illuminate the band. Ulsh – possessed by the moment – is 1,000 percent unfazed by the detonation, punching at the sky and standing in the smoke.

To the right of the band, one fan wears a Rest in Power shirt with the last word in the Power Trip font. That band, the paragon of modern Texas metal, lost lead singer Riley Gale on Aug. 24, 2020 to what’s been reported as an accidental overdose. Ulsh had been the drummer for Power Trip. Two weeks after Gale’s passing, another bandmate of the Impalers’ singer, Wade Allison, died. Allison had been the founder and sonic architect behind the great Austin metal/punk heroes Iron Age. Allison’s death predated this Impalers show by one year to the day.

Back in the action, a large man hops on one foot as he navigates through the center of the scrum with a leg injury. Meanwhile, Ulsh is grabbing a hanging light fixture that looks like a lantern, many clenched fists are in the air jabbing to menacing rhythm, and everyone – from the parking spaces to the patio – are wide eyed with excitement, knowing they are witnessing some of a masterful display raw Texas hardcore punk. 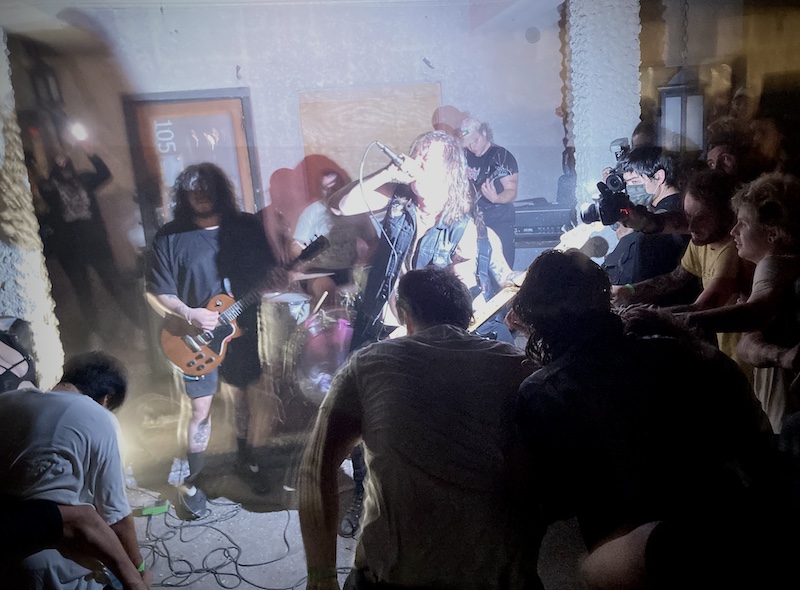 With a final cymbal crash, Sharp stands up and steps away from his kit signaling the end of a show that delivered all the catharsis and chaos we could ever want… in – at most – 20 minutes. As people in black clothes spill into the bar and onto the street the speakers blare the theme song for the old television sitcom Cheers. 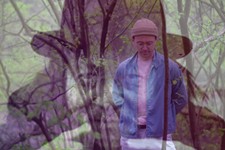 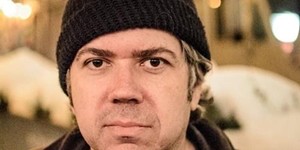