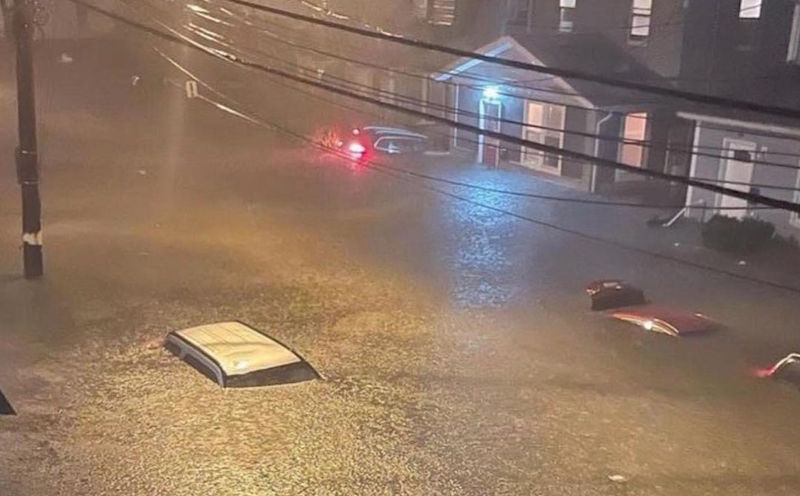 After leaving a rehearsal space in Newark, New Jersey, the group’s van began filling with water. They have since launched a GoFundMe to help cover lost equipment, which includes nearly all of the five-piece group’s instruments, electronics, and suitcases of clothing. “Help BLK ODYSSY recover from NJ flood crisis” works towards a $15,000 goal.

“We were leaving a rehearsal and heading to get some food – we hadn’t eaten all day since we got off the plane – and we were going to the hotel after,” explained bandleader/songwriter Sam Houston this afternoon.

“One wrong turn, and within 15 seconds the water was filling the van up to our knees. It was raining so hard that the water was rising rapidly, and we were panicking. By the time we got out, it was up to our stomachs, getting close to our chests. The water was above the hood of the car probably a minute after we got out.”

The group took shelter in a nearby apartment building and eventually had to move upstairs to avoid flooding on the first floor. They remained stuck in the hallway for some four hours before safely exiting. The van, a rental, was nearly empty this morning when the band returned to check it out.

“The latest death count here in New Jersey is 17, and it’s an immense blessing that we weren’t part of that,” said Houston. “No one was harmed, so we’re just happy about that. The damage can be replaced. The car was lost and all the equipment, but we’re still here.”

Speaking from his hotel room in Newark, BLK ODYSSY plans to dry out clothes, rent gear, and move forward with their BLK VINTAGE release show tonight at Brooklyn venue Elsewhere. Chronicle writer Thomas Fawcett recently lauded the August album in a cover story, calling it “the best local debut this side of Black Pumas.”

“This is such an important show for us that we’re scraping everything together to keep going,” said Houston. “We got a new car, and we’re going to Brooklyn soon to figure out how we’re going to play.” 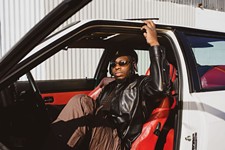