Watch: Black Eyed Vermillion Stares into the Isolated Abyss with “These Walls”

In our haste and excitement to move on from the past year of loss, lock-down, and isolation, it’s important that we also make the time to properly assess and reflect on the impact of the trauma for ourselves and the entire community.

Austin’s music community, of course, experienced one of the most dramatic shut downs and was among the hardest hit during the pandemic. We can be thankful for organizations like SIMS and the Health Alliance for Austin Musicians, and the continued economic support of numerous groups and fans, that we can begin remerging as robustly as we have.

Gary Lindsey’s caustic howl uniquely embodies the sound of the frustration, uncertainty, and trauma of 2020. Yet Lindsey’s primal catharsis exudes as much joy as terror, whether fronting Black Eyed Vermillion, Gary Lindsey & the Pleasure Tide, or even his past work with notable acts like Assjack. His new video for Black Eyed Vermillion’s “These Walls” particularly captures that raw ledge between mental fear and freedom. 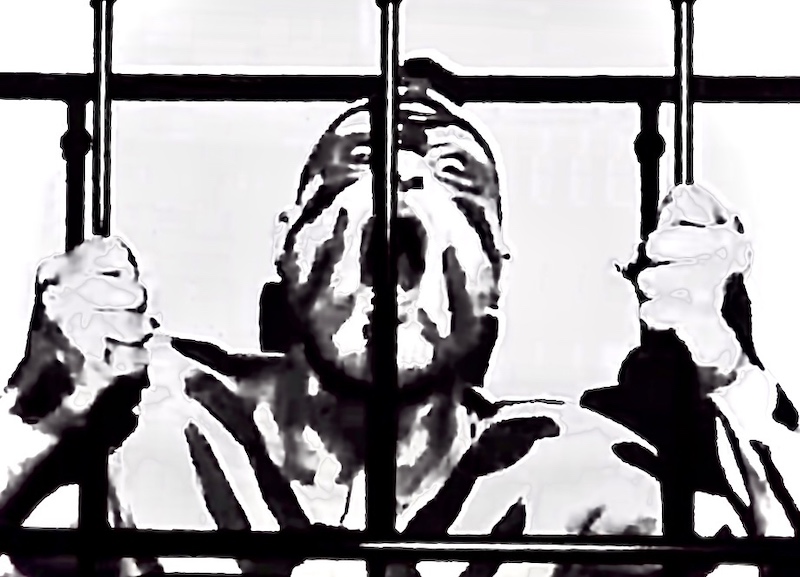 Black Eyed Vermillion's Gary Lindsey in the video for "These Walls."

“On a personal level, it's been a struggle for sure,” Lindsey offers of the past year. “I lost my job, then my roommate had to move out, so I was worried that I was going to lose my house as well. But on the other hand, I felt like my lifelong status as a struggling musician primed me for it well. Living modestly, hand-to-mouth subsistence at the forefront of every shopping decision, reclusiveness, the distaste for the behavior of rabid, panicky general public - it's all there.

“Music was an absolute lifesaver for me throughout the pandemic, no two ways about it,” he adds. “Not only did it keep me sane by keeping me driven with purpose, which kept me productive, it also had a meditative effect, which gave me a sort of tranquility that made it possible to deal with the crumbling of society before my very eyes.

Gary Lindsey’s caustic howl uniquely embodies the sound of the frustration, uncertainty, and trauma of 2020.

“After about a month into the quarantine, when we all started to see the true scale of things and that this wasn't going away anytime soon, my creativity really kicked into overdrive and the ideas just started rushing in. It was incredible. Lyrics, melodies, different arrangement ideas, instrumentations, all just overwhelmed me, day and night. It showed me what I could really do if I wasn't spending all my time and energy chasing a so-called ‘living’ wage. It was easily the most creative period of my entire life, and I'll never forget it.”

Building off that creative productivity, Lindsey is prepping a new BEV LP for early next year, and has already reassembled his eight-piece “power-folk” outfit Gary Lindsey & the Pleasure Tide to resume their monthly first Saturday rager at the Lost Well. Meanwhile, this Friday sees the release of two new Black Eyed Vermillion singles – the heavy onslaught of “Lord Willing” and the video of “These Walls,” which you can check out below.

“These Walls” thralls in the mental fragility and reckoning of isolation. The video captures an abandoned downtown Austin, but also the equally desolate corners of our retreated havens, all liquidated through Lindsey’s Tom Waits-ish melodic growl. Directed by Lindsey, Omar Mousa helmed the camera work, and Jax Stafford the edited the video. The song itself was produced and mixed by Kurtis Machler at Million Dollar Sound.

“The core message of ‘These Walls’ is this: Yes, too much isolation can literally drive you insane, such as in the case of prisoners who are solitary confinement for too long, but it can also lead to enlightenment, such as in the case of Tibetan Monks who isolate themselves for 3 years, 3 months and 3 days in an attempt to focus on and finding a higher understanding of inner-peace,” offers Lindsey. “We all have the power to choose which path it will be.”