Lift Me Up premieres Friday on KLRU

When I think of PBS, I think of music and travel shows. Actually, Sesame Street as well, but that’s way beside the point. It’s fitting that PBS’s local channel, KLRU, will on Friday air Lift Me Up, an hourlong doc about Project ATX6, which hinges on the collective experiences of music and travel.

Both of the aforementioned activities are ones in which you must prepare yourself for things to not go as planned and allow the experience to be more meaningful because of it. Each year, since 2014, Project ATX6 collects six separate musical artists from Austin and takes them to multiple continents to play concerts and festivals. Founder Chris Brecht, a songwriter immensely fascinated with the human condition, considers it a career development program combined with a documentary. Admittedly, he also enjoys altering the participant’s worldview by exposing them to cultures and instigating new friendships over the series of international performances.

“They come back richer in spirit,” Brecht reasons, speaking by phone while traveling in New Mexico last week.

There’s also a palpable sense of pressure the viewer can feel as the sextet navigate exhausting travel, collaboration, and unfamiliar grounds. In one of Lift Me Up’s scenes, the group’s sound-checking at the Jai Thep festival Thailand and a perplexing, undiagnosable ghost-in-the-machine renders St. Clair’s extensive gear setup non-functioning. Watching it made my nerves go crazy because the documentary immerses you so fully in their adventure and because, as a musician, I’ve been there.

Like everything that happened in 2020, Lift Me Up becomes a pandemic story. After playing Toronto’s Indie Week and a triumphant three-hour slot on the main stage at Jai Thep, the international spread of COVID-19 freezes their journey – cancelling an appearance at the Great Escape Festival in Brighton, England.

“That was painful – pulling the plug on something you’ve been working on for a year,” admits the organizer and director.

Austin Chronicle: In making some documentaries, the director knows what story they’re telling all along. How do you approach documenting ATX6, where you know the setup, but have no clue of how it’ll unfold?

Chris Brecht: I’ve sculpted these festival trips, but we want to show the spontaneous complications that can happen – and we’ve had several over the years. My favorite documentaries are Don’t Look Back about Bob Dylan touring England and I Am Trying to Break Your Heart: A Film About Wilco where you couldn’t know what was going to take place ahead of time. I can only hope that we have a camera on when something exciting happens.

We’re documenting the experience of what it’s like to be on the adventure of a lifetime, but there’s a course of action. ATX6 always goes to Canada because it’s an introduction to international travel for these musicians and it’s very manageable, even though nerves are high. Then the second festival is always a stretch. This goes back to a question you’ve asked me before – if I intentionally put artists in compromising positions – and the answer is yes. To create adventure, I always pick one festival that’s as far away fucking possible. 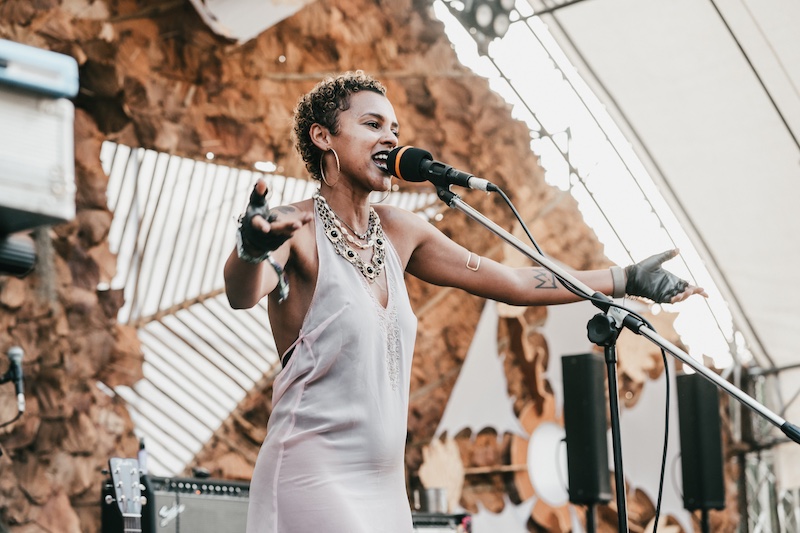 AC: The timing of the festival in Thailand is so interesting with the pandemic beginning to hit in the east. How much were you freaking out behind the scenes?

CB: In my position, I have six lives in my hands. These people are trusting me and there’s an element of unknown risk. We learned this when we went to Japan and a typhoon hit. The next year we went to Vietnam and the festival canceled.

We started to get word of this pandemic, but you don’t necessarily think it’ll change the world. I think [COVID-19] made it to Thailand the day we were leaving, but it was probably already there. The show must go on so you’re full speed ahead… until you’re forced to stop.

“The beauty, in the end, is sculpted by what each individual brings to the project.”

AC: 2020 was the sixth iteration of ATX6 so, at this point, you’ve taken 36 musicians on international trips. What has that overall experience taught you?

CB: It’s taught me the beauty of the artistic spirit and how no one group is ever going to be the same. You come into a project like this with six different types of music and six individuals who each have their own politics, interests, and things they like to do when they get into foreign lands. The beauty, in the end, is sculpted by what each individual brings to the project.

It’ll never get old watching people achieve something extreme. Seeing musicians go from Austin venues to playing on the main stage at a festival in Thailand – that is a massive growth experience in a short amount of time and it’s one of the most rewarding things I’ve ever experienced. 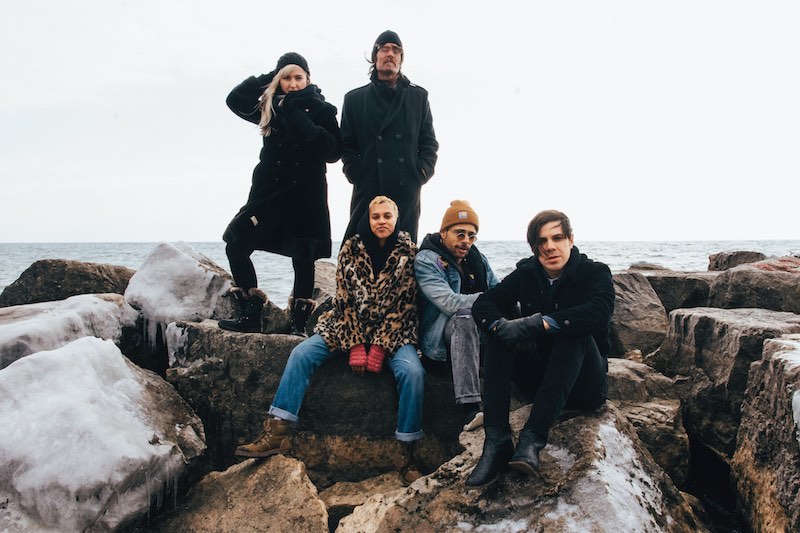 AC: I’ve seen this project become more musically interactive over the years with the artists becoming the backing band for each other. Was last year a culmination of that?

CB: After year one, when we took six songwriters, I realized we were very limited in where we could perform and what kind of festivals would bring us in. I also learned that taking six front-people could only truly help their music if we could hire a backing band, which we don’t have the resources to do, or pick musicians who are able to perform together. If you take two musicians and they sing harmonies with each other, that performance is going to be twice as engaging as if it was somebody just playing solo on an acoustic guitar. Every year it’s built up a little more because musicians coming into the project see what’s been done in the past.

This was definitely the fully realized experience and I think we hit the max of what six musicians were able to do in that amount of time. There was an element of selflessness in what they brought to the table for each other.

AC: What’s the future for ATX6?

CB: The pandemic has grounded it – both figuratively and literally. It’s a great time for me to do exactly what we’re doing right now, which is talking about the other half of the project, the film component. That aspect always gets rushed, overlooked, and condensed because normally, at this time, I would be onto the next group already.

Ultimately, I’m not in a position to raise money and take people out of the country during the last third of the pandemic. So we’ll wait until at least 2022, and we’ll use this time to share what we’ve created. 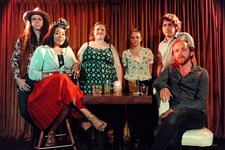