Do you recall having to present your grade school science fair project, and another student raises the bar so high that your work looks like complete trash by comparison? Perhaps they made a robotic hand that plays piano, while you’ve been dumping Coca-Cola onto a house plant. 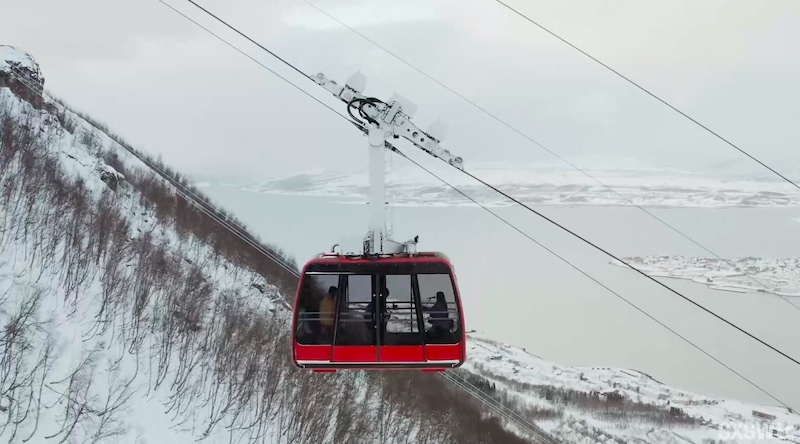 A gondola, with a band and videographers inside, rises up a mountain in Norway

That’s how the Northern Expo showcase felt against the field of South by Southwest Music content. By now, on the final day of virtual and remote SXSW Online, we’ve witnessed dozens of impressive performances – many with top-notch production value and inventive settings. None, however, presented music in as spectacular and stunning a fashion as today’s work from Northern Norway.

A drone shot brought us down to the snow-capped skyline of Tromsø, Norway, welcoming viewers to the Arctic Circle. The camera slowly pans down a thoroughfare where locals go about their daily business as Risten Anine and Sara Marielle of Ozas sing warm, ancient melodies in the native Sámi language, backed by a man playing a double-neck SG. When the camera flies upward hundreds of feet, swirling snow flurries become evident. 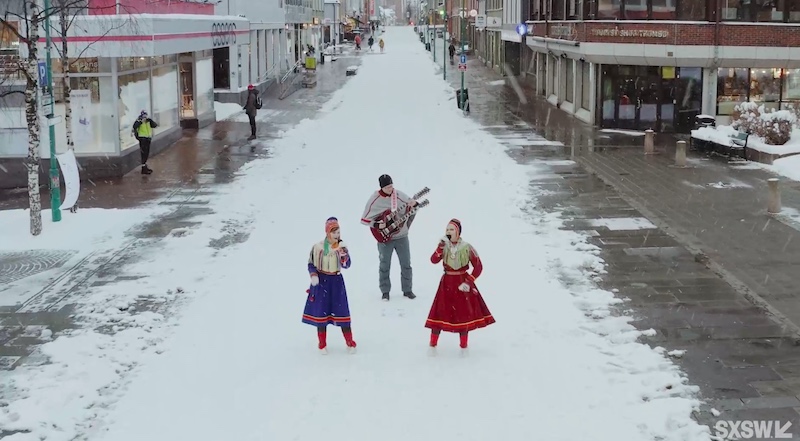 Back on the ground, a man in a black fleece walks by, turning his attention to Ozas in casual acknowledgment, and then he strolls to a parking lot where the ice crunches loudly underfoot. In a waiting taxi cab, as the driver turns on an instrumental beat and the fare, Norwegian rapper Oter begins to flow. Over two cuts of Nordic bars in which the only intelligible English words prove “fuckin’” and “Charley Pride,” he demonstrates an impressive classic sound and delivery confirming his designation as “The Nas of the North.”

Meanwhile, through the windows and exterior camera shots, the city falls back into rural hills until the cab pulls into a building where cables run up a mountain. 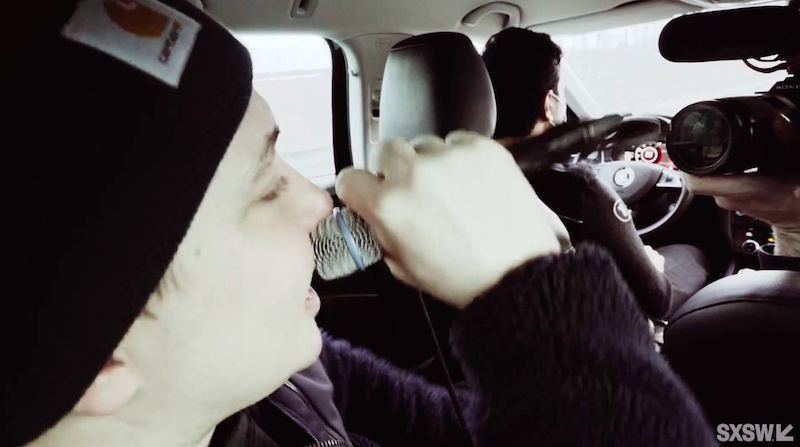 Soon, the glass doors of a gondola close and the compartment begins rising up toward a wintery peak. Inside is the harmony group I See Rivers, plucking an acoustic guitar and pushing buttons on an omnichord while singing a precious indie-folk song that goes, “Ooh ooh ooh, I think I like you.” Perfect timing – the song ends just as the gondola hits the top, and they smile at each other and look out the window on a one-of-a-kind polar view. 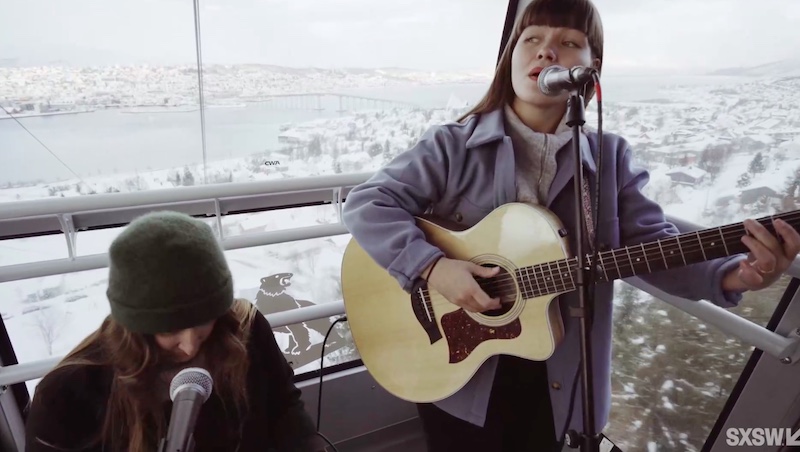 The doors open and the gondola operator motions “that way” as the film hard-cuts to a rooftop covered in deep snow where a fivepiece band in coats, winter hats, and fingerless gloves awaits. The Scandinavian group Heave Blood & Die launches into their song “Radio Silence,” coalescing sludge, post-rock, and punk into a sound ice-cold and epic. Their spirited performance peaks as the camera pans upward and out to reveal a jaw-dropping backdrop of a mountain overlooking a lake, opening up into a city in the distance. 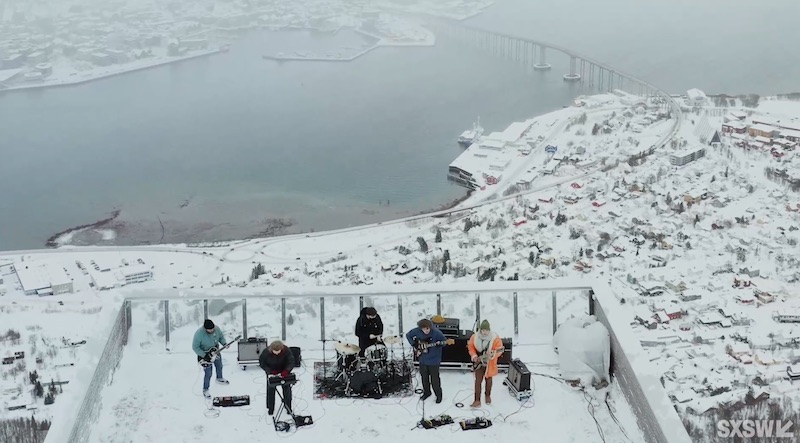