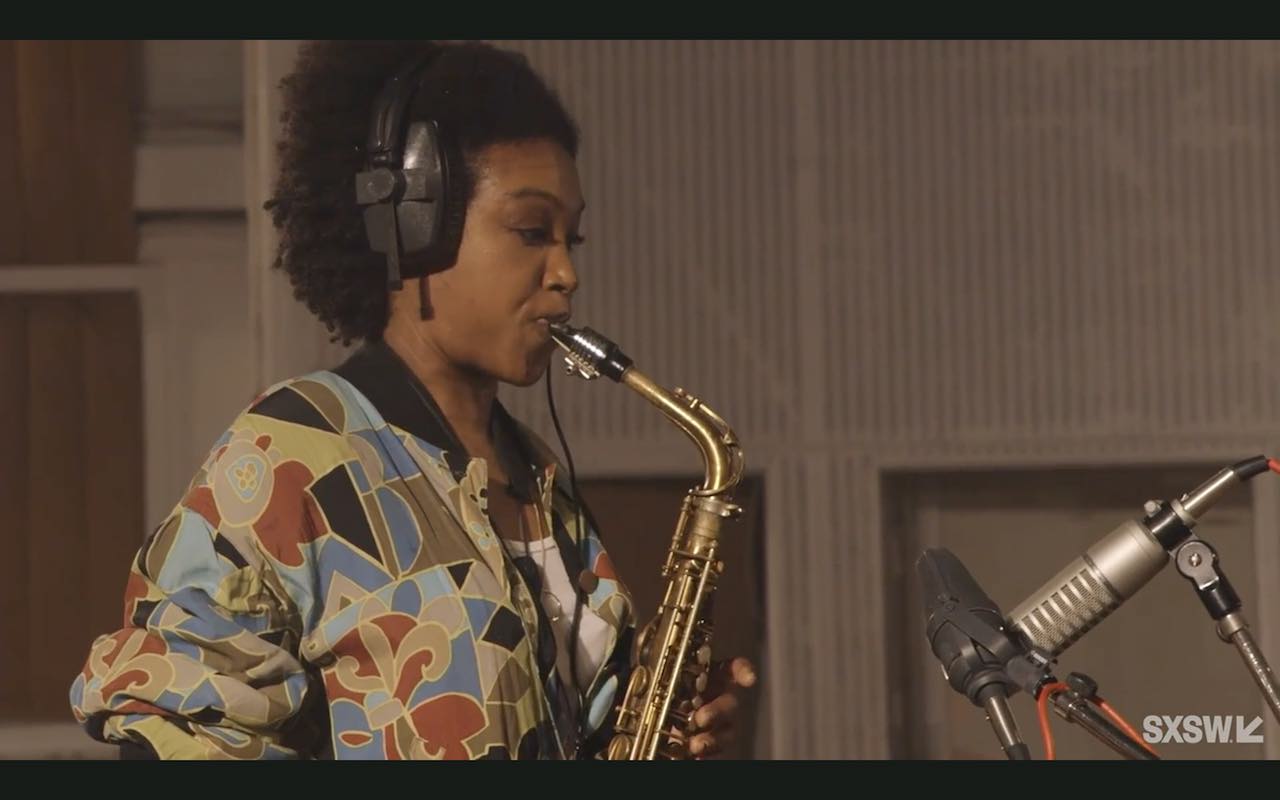 Over 300 people logged in to see pre-recorded content broadcast live right then and mostly then-only. A real-time chat to answer any questions and stoke virtual longing for this now-annual SX reunion downstairs at the old Emo’s on Sixth and Red River acted as emcee. Launch began at the door of its soundstage, London’s Abbey Road Studios.

Facing each other and airing out, the fivepiece of soprano sax, electric keyboards, then guitar, bass, and drums let the horn’s high pitch fill the room, Cannon’s instrument blowing clouds underneath the guitars and drums’ rumbling undercurrents. When said brass player – (everyone could do better with the online musician credits) – then picked up a tenor saxophone and lifted an extended lyrical flight over the bandleader’s flagstone chording and drummer’s windowpane rattle, the English coast suddenly came into sight. 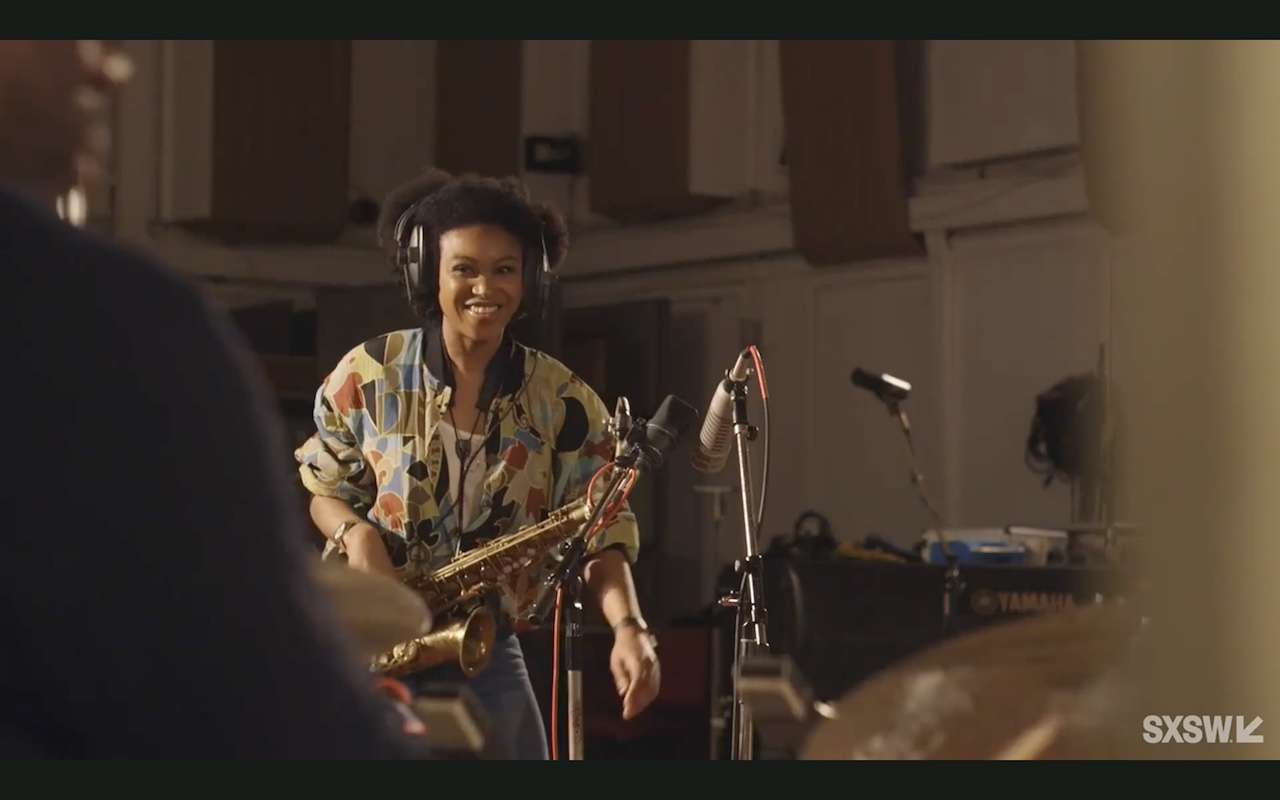 London’s Camilla George nearly upstaged the showcase next were it not for another feminine bookend late in the game. The former’s alto saxist tone and somehow vintage charisma stood out amongst an evening already SRO with chill young talents with mad chops. George blew uplifting notes over keys, electric bass and guitar, and a rustling drummer in Rod Young of the eternal go-n-flow. In one 15-minute blowing session, she all but signaled winter done and dusted.

Since Black female alto players don’t exactly clutter up the jazz history logs, George proved as revelatory as her Nigerian ancestry. Listing “African folk, jazz, and hip-hop grooves,” she exhaled like the trade winds. On some level, only Olivia Bhattacharjee could match her.

Keyboardist/producer Tom Henry lit a stylistic match, and Olivia Bhattacharjee leaned over her effects box and blew it out. A haunting stylist, she exhibits a broad timbre that rises and dissipates into the ether like steam.

Drumming bandleader Richard Spaven muscled out live bass-n-drums in a trio, with Stuart McCallum’s processed guitar washes acting as tortoise to the beat-keeper’s jack rabbit rhythms (“London-centric dubstep mixed in with moodiness and my love for soundtracks,” cited Spaven).

Tuba clutch Theon Cross began his set solo, blowing over a sampled rhythm that sounded like someone playing the spoons covered in honey – wet, sticky, metallic – and speeded away up (“African diasporic music,” he said). Closers Daniel Casimir & Tess Hirst countered with the former bringing some Mingus to the proceedings with an establishing bass solo on an epic soar through the title track to 2019 bow These Days.

Even so, Noya Rao in the penultimate slot dropped a few jaws.

In a bill made up of predominantly Black musicians, a light-skinned singer and her three matching bandmates on keyboards, bass, and drums came as something of a surprise. Not as much as her deep cry and the moody simmer of her backing gentlemen, as it turns out. Analog warmth inside an electro bubble, the band locked laser focus on vocal jazz noir.

Keyboardist/producer Tom Henry lit a musical match, and Olivia Bhattacharjee leaned over her effects box and blew it out. A haunting stylist, she exhibits a broad timbre that rises and dissipates into the ether like steam. Jazz re:freshed is jazz re:born.