In one of the most significant closures to hit Austin’s music industry during the COVID-19 pandemic, local concert promotions company Margin Walker closed up shop for good on Monday after staging hundreds of homegrown shows annually since 2016 at a variety of venues here and around the state. 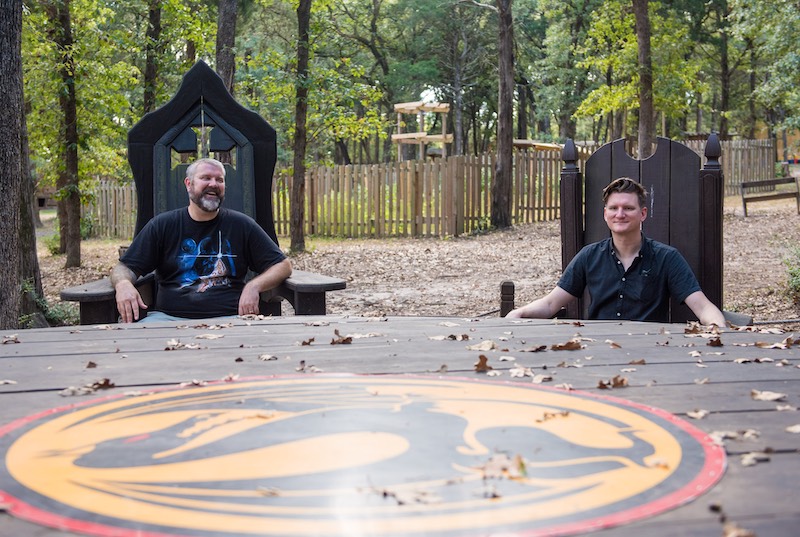 News of the organization’s closing hit in a mid-afternoon social media post Dec. 14, which characterized the move as a “very tough decision, but one that, essentially, made itself” given the pandemic’s nuclear impact on live entertainment. Substantial concert calendars went mostly black after March and 2021 remains shrouded in uncertainty. As such, having one of the largest independent show stagers in the state throw in the towel appears an ominous indicator of how slow a rebound the touring music industry faces.

“There is definitely a live music scene in the future, it’s just further out than people realize,” says Margin Walker co-founder and longtime Austin music booker Graham Williams on Tuesday. “Booking agents aren’t trying to book tours in the spring, and if they do have spring tours, they’re holding backup dates and plan-C dates for when those holds inevitably move. [Shows] by fall is a realistic time, but even when things reopen we have to recognize that shows across the board will probably be down in attendance a bit in the beginning. Even though people will be anxious to get out, they’ll have less money because they’ve been out of work, digging into savings, having big credit card debts.

“After everything comes back online, then we can figure out our place in it after that.” – Margin Walker co-founder Graham Williams

“A company like ours has to have shows meet a certain threshold to be profitable. It’s going to take a while to rebuild [concert-going]. After everything comes back online, then we can figure out our place in it after that.”

Co-founder Ian Orth says Margin Walker came into 2020 with unprecedented momentum. The talent buyers were booking more shows than they or antecedent company Transmission Events had previously. Then, March hit and over the coming month the grim reality slowly penetrated an optimistic forcefield of denial.

First, they furloughed their marketing department in April. During the summer, the company moved out of rented offices in Dallas and Austin [the latter being on a property partially owned by the Austin Chronicle's publisher]. The booking team’s work continually scaled back as shows kept getting paused.

Meanwhile, Williams booked and rebooked calendars without compensation because the shows never happened. They pivoted to livestreams and still the amount of concert-related emails they received daily went from over a hundred to two or three times that. Eventually, they began running out of resources.

“This year we had so many conversations about what’s next,” says Orth. “And a lot of the ideas we had were too elaborate to pull off because of the pandemic. One bright spot in this situation is when we are able to emerge from the pandemic, we have really awesome ideas we can do.”

“The music industry, in general, will be completely different in a year and that might create opportunities for other ideas to manifest, while still continuing doing what we’ve always done.” – Margin Walker co-founder Ian Orth

Asked if closing down Margin Walker served as a way to clear the decks and avoid being buried debt, Orth replies:

“It’s partially that and partially using this time to see what is the future of live music going to be anyway. The music industry, in general, will be completely different in a year and that might create opportunities for other ideas to manifest, while still continuing doing what we’ve always done. Right now, it’s hard to see past this. We love Austin’s music scene and the national music scene, but there isn’t a clear answer of what’s next.”

Williams adds, “Reopening with an insurmountable amount of debt makes no sense, so I’d rather see what the future is as we get a little closer.”

While Margin Walker established in 2016, the company sprouted out of Transmission Entertainment, which endured for eight years as the paragon of forward-thinking music booking in Austin, including their signature event Fun Fun Fest. When a downtown development group, Stratus Properties, absorbed the Transmission and Fun Fun Fun Fest brands that year, Williams and Orth founded Margin Walker, borrowing its name from a Fugazi song. The company, which also included Austin music veteran Rosa Madrid as a principal and Kris Youmans and Chris Sakaguchi working the Dallas office, expanded throughout Texas’ major markets. Early in its run, the company hosted a popular festival at a renaissance fairground called Sound On Sound that got abruptly canceled in year two over loss of financial backing.

“It’ll be a huge impact,” says James Moody, owner of the Mohawk, where roughly 50% of the calendar is filled by Margin Walker bookings.

Margin Walker going away lands as a significant blow for the dozens of venues that regularly host their shows.

“It’ll be a huge impact,” says James Moody, owner of the Mohawk, where roughly 50% of the calendar is filled by Margin Walker bookings. “The average show-goer thinks of venues and bands, but might not not understand the value of promoters like Margin Walker that are so interconnected with the right bands and the right agents. We do, so it’s a very big deal. Fans might think there are 10 or 20 active promoters doing this in Austin, but in terms of this level, there’s only two.

“Then in Texas, there’s less than five of this sort of caliber in the entire state.

“I’ve been working with those guys for 15 years. The volume of shows they are responsible for has always superseded all the other talent buyers and promoters because they were always willing to book a 50-cap show – the band no one gave a shit about – in addition to the big shows. They were willing to do both and no one was willing to do both.”

Moody, a founding partner of Transmission Events, considers William’s booking, which included Emo’s in its heyday, part of the DNA of Austin music.

“If you’re into a variety of slices of music, I guarantee you’ve been to a fuck ton of Graham William shows,” he says. “It’s not just hardcore and hip-hop and indie rock. He goes wide and still maintains quality, which I think he’s always done. And frankly, always will.”

“People needed a lifeline a long time ago,” says Williams. “The world we’ve always worked in has never had any support from government. It’s just been you do it yourself, the bands care, and if you want to, you can build something as long people stay out of your way. Live music’s important and I want to see it get more funding, but I’m also aware that there have been far more preventable things the government could have done during this pandemic.

“Coming into this year, things were moving really fast and we had interesting plans in the works and great projections over the next five years,” he says. “Then we were forced to stop a big ship in its tracks and I think you’re seeing the end of the ship finally stopping. It took nine months for it to slow down to the point where we can drop anchor and let it sit out here for a second.” Friends and Family of the Original Owner of the Armadillo Sign Being Auctioned at Sotheby's Say Sign Was Purchased, Not Stolen, Despite Claims of Armadillo Associates
Bidding underway for piece of Dillo history