“‘You’ve never heard anything like this before’” is a hoary cliche that’s nearly never correct, but damned if it isn’t true when it comes to Atlas Maior,” wrote Chronicle jazz writer Michael Toland last year. “The Austin quartet seemingly dreamed about a nexus between Middle Eastern music, Latin groove, and jazz, then created it instead of finding it.” 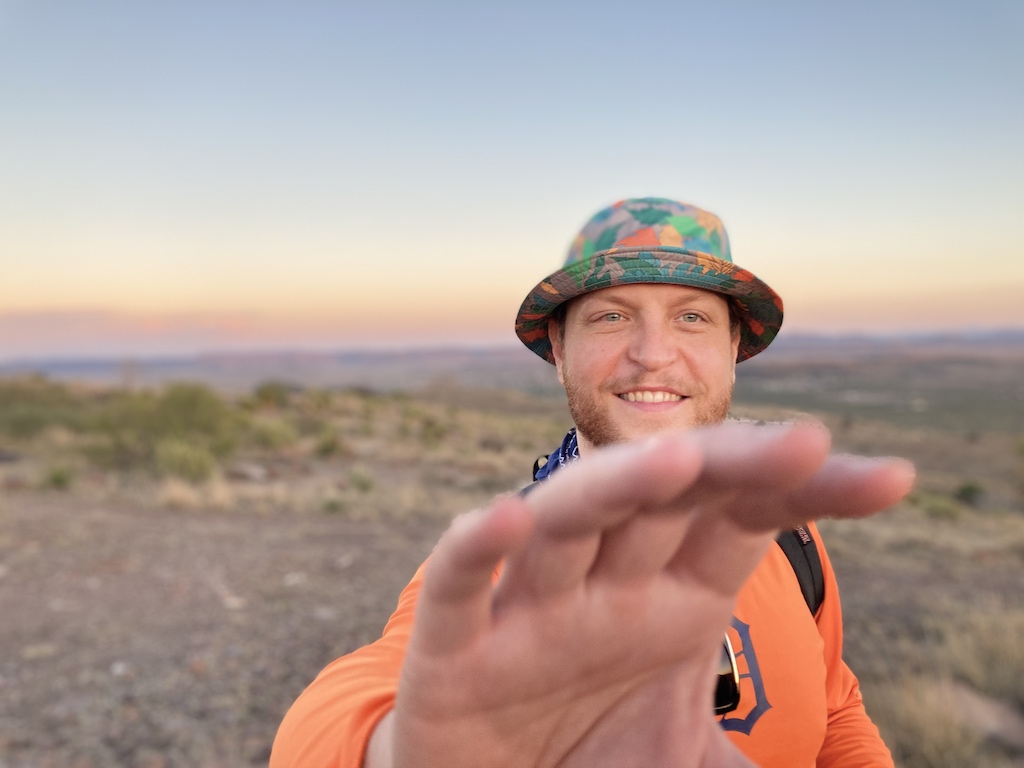 Joshua Thomson: Since the pandemic began, Atlas Maior stayed in Austin during the entirety of 2020, which for us is a pretty rare occurrence compared to years past where we’ve spent the summer and fall touring domestically and in Europe. We formed a closely tight knit bubble between three households. This has allowed us to practice with one another and allow us to compose new material.

On top of that, we still work a lot remotely.

“Our approach has been to ‘double down,’ so to speak, with our work and creative output. It’s felt great honestly, and I’m really impressed with the way we’ve come together as a band, supporting one another.”

We’ve played close to 20 livestreams, done a few out of the box things, like one for Tokyo, Japan, and a virtual fundraiser for the people affected by the Beirut, Lebanon, explosion. Of course it’s a slippery slope, and safety is a major concern, so we check in with one another weekly at least, to make sure we’re making responsible decisions. We’ve also cancelled some things because we haven’t wanted to take the chance of putting anyone at risk.

To keep people safe, we can easily live with these cancellations. It’s just not worth putting anyone at risk. Although we all live with our significant others, we also have family members with preexisting medical conditions, so we run a pretty tight operation.

I myself just quarantined for two weeks in order to stay with my mom during Thanksgiving and into the first part of December.

“We’ve played close to 20 livestreams, done a few out of the box things, like one for Tokyo, Japan, and a virtual fundraiser for the people affected by the Beirut, Lebanon, explosion.”

JT: After supporting last year’s album Riptide on the East coast, and during the fall of 2019 in Europe, we were really feeling good about 2020 and had high hopes to channel all of this momentum in the new year. We performed for Mayor Adler at City Hall at the opening of “The People’s Gallery,” an event happening literally hours after it was announced that SXSW was cancelled. There was a strange vibe at City Hall, and we got the impression everyone was scrambling to figure out what was actually going on.

That day, March 6, 2020, was the last time that the full Atlas Maior quartet played publicly in front of a live audience.

After that, all the dominoes started to fall for us like it did for everyone else working in the music industry. Our official SXSW showcases were cancelled, other gigs like opening up for Chris “Daddy” Dave at the Parish, and opening for Los Amigos Invisibles at Mohawk were all cancelled among the many other gigs we had planned out as working music professionals. Of course, the long term tours followed where we had planned to tour the midwest in the summer for the first time, and expand upon our East coast and European tours in the fall.

Obviously, you work hard for many years to get to this point, and it feels devastating to experience this loss, but it’s no different than the experiences of many of our colleagues. Everyone has been affected by this year’s ruthless virus. Science doesn’t care about your touring plans!

That’s just life sometimes, and we feel very fortunate to have still found a way to create music, stay connected virtually to our communities locally and overseas, while keeping the Austin community and ourselves safe by masking up, and socially distancing.

JT: The soul and social fabric of Austin heavily revolves around the presence of live music. It’s the reason why I moved here from Detroit 12 years ago and it’s a beautiful thing. When Atlas Maior is touring, one of the first things I mention to other artists with pride are the fine, diverse music communities that exist here that have been established, and cultivated historically by musicians of color.

From my point of view, that’s what makes this city what it is.

“When Atlas Maior is touring, one of the first things I mention to other artists with pride, are the fine, diverse music communities that exist here that have been established, and cultivated historically by musicians of color. From my point of view, that’s what makes this city what it is.”

For Atlas Maior, since we’ve lost the ability to play live, one silver lining has been that we’ve been able to look deeper within ourselves to connect to the center of why we even make music in the first place. At times, it almost feels like starting over, because we have a more refined and clearer perspective on our work. And now, it’s really starting to manifest within the new music we’re writing.

When you ask yourself difficult questions pertaining to life, after a while it starts to feel liberating once you find answers. Even if you don’t always find those answers, the process is still liberating. COVID-19 forces you to look within, whether you want to or not it seems.

JT: The majority of Atlas Maior made their money from playing music live, so now we are shifting towards teaching music online, while some of us have started side businesses painting artwork and launching new product lines of commodities like incense. We continue to find ways to monetize our music. Atlas Maior has done private livestreams and video performances, and continues to do so.

It’s been a real challenge to stay afloat some months, but we are doing it. We also haven’t held back on releasing music either. Prior to the pandemic, we recorded two singles that feature vocalist Ali Pervez Mehdi, who is blowing up overseas. So, this fall we released songs “Nazuk” and “Ya Ali,” both of which have garnered great responses from both U.S. and international music circles.

We are thankful for the continued positive press and recognition during such a difficult year for the arts. Our approach has been to “double down,” so to speak, with our work and creative output. It’s felt great honestly, and I’m really impressed with the way we’ve come together as a band, supporting one another.

All of us have bad days, where we are not at our best, especially this year. We have definitely kept a tightly knit squad. This has really helped.

JT: Our soundtrack for the apocalypse swings in many directions as we’re literally listening to music from all over the world a lot of time. Right now, we’re listening to qwaali music from Pakistan, West African Afrobeat, Brazilian funk, and modern Middle Eastern jazz. However, we’re mostly focused on creating our own Atlas Maior soundtrack for the apocalypse since we’re gearing up to hit the studio in early January.

We’re working towards several new releases for 2021, and will be dropping more material early in the year including new remixes, instrumentals, and vocal tunes. We have a new double drummer recording project, which is really exciting for us to take our sound into new uncharted territory. The entire process has been quite refreshing. 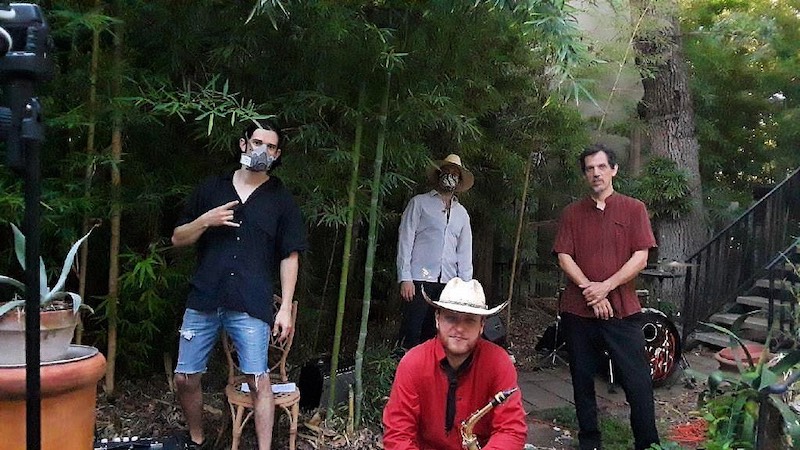