“Melodies jumping like bursts of water from a sprinkler, Elias Haslanger plays his saxophone with a collected abandon – his hands moving in rapid and efficient strides over every key,” begins a Chronicle cover story on the Austinite. “His method is a meticulous unpredictability, solo jaunts that run wailing, staggered, and askew into the back line.” 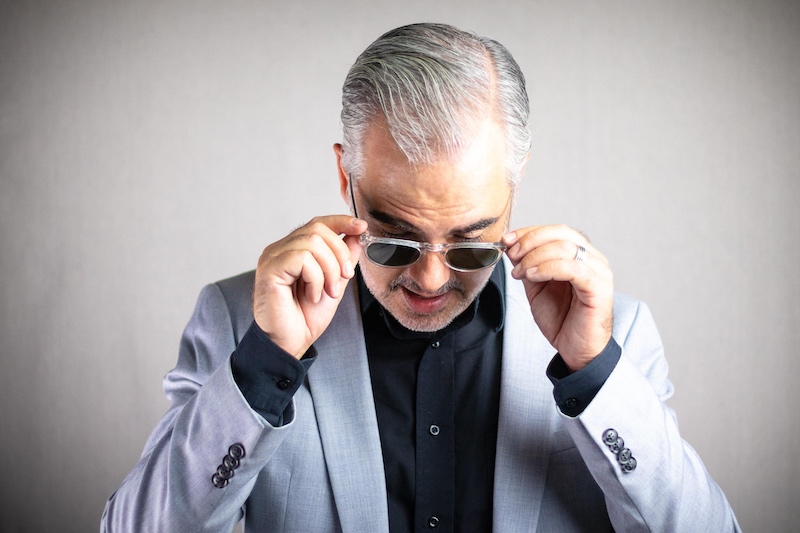 Elias Haslanger: My wife [singer-songwriter] Amy [Atchley] and our two kids, Paris (14) and Ellie (12), are all working and attending school from home. Amy and I are fortunate to have 100% work from home day jobs that keep the lights on and food on the table, so we are VERY grateful for that. Sharing an office, most days there’s a lot of coordination between us around who gets the office for Zoom calls and who needs to take their meeting in the bedroom, etc.

“The kids don’t really like being remote and each expresses frustration around what has become normal for many families – confusing assignments, overworked teachers, extreme Zoom fatigue, zero in-person peer interaction, anxiety.”

The kids don't really like being remote and each expresses frustration around what has become normal for many families – confusing assignments, overworked teachers, extreme Zoom fatigue, zero in-person peer interaction, anxiety. It's been super challenging trying to manage our work and personal lives under the same roof, 24/7. I know we have it better than a lot of folks out there, so we are trying to keep it positive, but some days, it ain't easy.

EH: My last gig was March 13 at the Elephant Room. I took gloves and wipes and hand-sanitizer, and kept my distance from everyone the best I could. At that point, no one knew much about the disease other than they knew it was coming.

Over the next couple of weeks, all the gigs I had were canceled. This included all [Continental Club] Gallery shows, Elephant Room shows, private parties, school appearances, teaching engagements, etc. The first month or so was fine but after that, I really became unmotivated and disinterested in music.

I didn't practice for a couple of months and even the thought of getting the horn out or composing was a chore. I had been practicing some steel guitar and some piano, but that all went by the wayside as well. Like many others, I started learning about streaming, so I bought some gear and taught myself how to use OBS software and video editing software and helped Amy put together a couple of streaming events.

EH: Great question. I guess it remains to be seen. I know lots of clubs have already shuttered and many musicians are scraping by with odd jobs, teaching or running for Uber or Favor.

I can’t imagine this can drag on much longer without devastating, longterm impacts, if that hasn’t happened already. I’m certain some form of music scene will return once the vaccine is administered at scale, but it will certainly look drastically different, that's for sure. It’s pretty depressing to think about right now, actually.

“The first month or so was fine but after that, I really became unmotivated and disinterested in music. I didn’t practice for a couple of months and even the thought of getting the horn out or composing was a chore. I had been practicing some steel guitar and some piano, but that all went by the wayside as well.”

EH: Well, as I mentioned earlier, I have a day job that allows me to work from home, so not much of an impact in my work situation other than working from home. Regarding my music, everything is still on hold outside of a couple of streaming events I’ve done for Collin Shook and his Monks Jazz Club series. Those have been great to be able to play with other people again, but playing to an empty room is just weird.

A big part of playing live is interacting with the audience and I miss that terribly, especially the Gallery gigs. Having played up there weekly for almost eight years, it has been very difficult to process that going away like it did. I’m hopeful we will be able to return at some point in the near future.

EH: Listening to music has always been a constant. Pre-COVID, during COVID, and post-COVID, I’ll always be listening. It’s like drinking water: essential to life. I don't turn to it for a specific purpose, it’s just always there.

I do listen to different types of music depending on my mood or situation. Early on, I listened to a TON of opera and a lot of Pavarotti. Something very dramatic and cathartic about it. I cried a lot while listening to Luciano and it helped.

Later, I got into Interstellar Space by ’Trane. This is a very advanced recording that I never really could listen to all the way through because it was too dense, but somewhere along the COVID timeline, this recording shot straight to my heart and mind like it never did before and I consider it to be one of his great masterpieces.

I also have been way into classic country stuff: Hank Williams, Conway Twitty, Loretta Lynn, George Jones, Lefty Frizell. You know, all the hits. As I get older, this music means a lot more to me than it used to.

My papaw only listened to Hank and would tell me that’s the only music he really needed to listen. I used to think he was crazy. Now, I think he may have been on to something. The pandemic and Pippa (left) (Photo by Amy Atchley) 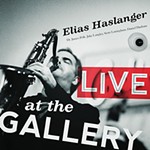