Checking In: Nina Diaz Ponders Playing As the Titanic Sinks

“I thought to myself, ‘Would I play ’til the ship sank?’”

One highlight of Vallejo’s new duets LP, Amigos Amigos, is Nina Diaz. “A tremulous indie rock contribution from Nina Diaz, ‘Coming Home Today,’ echoes Linda Perry, Amy Winehouse, and Nina Diaz,” wrote the Chronicle. Emails the ex-Girl in a Coma frontwoman: “We did that so long ago it’s fun to hear my younger voice. Such a cool song! My momma loves it too.” 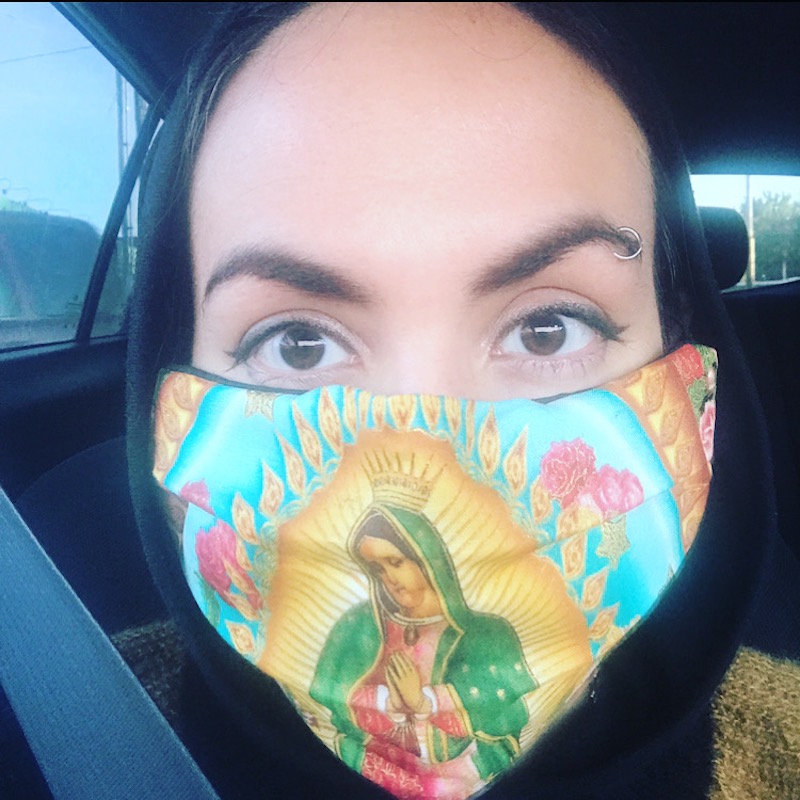 Nina Diaz: My hubby and I moved back to San Antonio in February after living in Los Angeles for a year. We had planned to move back before the pandemic struck. We moved back into my folks house, where my ex-Girl in a Coma bandmates were also living at the time with another acquaintance.

At the start of the pandemic, everyone began to adjust in their own ways, which caused us to clash super fast. My ex-bandmates and I were already off balance since I officially ended the band back in 2018. Attempts to reconnect fell short and the added stress of lockdown with them only made me see clearer why I ended the band to begin with.

“At the start of the pandemic, everyone began to adjust in their own ways, which caused us to clash super fast. My ex-[Girl in a Coma] bandmates and I were already off balance since I officially ended the band back in 2018. Attempts to reconnect fell short and the added stress of lock down with them only made me see clearer why I ended the band to begin with.”

They moved out, now it’s chill with my folks, my hubby, my brother, and I.

ND: I had a solo, coming-back show planned in March at Limelight [in San Antonio], my first live show in a while. And I was going to be part of a Selena tribute for SXSW. There was also a Girl in a Coma reunion show at Taco Fest this past April.

All these gigs back-to-back after freshly moving home.

I remember when everyone started to get nervous about capacity and wearing masks as my March gig at Limelight was slowly approaching. I felt so anxious and wanted to cancel the show since I did not want to be responsible for anyone getting sick because they were at one of my gigs.

Then BAM!! Everything was on lockdown. Bars closed, all shows canceled, no choice.

I was relieved, because I wanted to make sure I was being as safe as possible and with everything being forced to cancel, I was able to really focus on myself and my family.

Then the reality struck: This isn’t just going to go away. This is a real-life science fiction movie. It took a good while to adjust and also realize I am super super broke. I was already broke, now I’m super broke! The shows I had lined up were going to help me bounce back, but like all my other artist friends, I was out of a job.

When it comes to the Girl in a Coma reunion show being canceled, I was bummed for the fans, closure for them. I know a lot of people were happy to see us play again. The events that followed being in lockdown with my ex-bandmates, I ended up feeling relieved the show wasn’t happening. I found myself healing trauma and using my spirituality along with therapy to recalibrate and let go of what no longer served me.

ND: A definite withdrawal occurred when live shows were no longer an option. The audience missed that dark space for family gathering in a haze of claps, lights, and dance. The performer missed the vibration not only from sound hitting the audience or the walls, but also the audience’s healing energy of support and release.

“Even the introvert who would usually place themselves at a table in the corner or against the wall felt the discomfort of no longer having the possibility of an awkward encounter with someone they didn’t want to chat with at a bar.”

It’s the rush and fuel. Everyone started to have the shakes and sweats from no longer having that comfort. Even the introvert who would usually place themselves at a table in the corner or against the wall felt the discomfort of no longer having the possibility of an awkward encounter with someone they didn’t want to chat with at a bar.

Humans want to connect. We yearn for it even if it’s silent. After going through all the different dialogues and outcomes, the reality is what is it.

Some learned to enjoy the alone time and others panicked. Businesses started to suffer, of course. We were all scrambling what to do to not only make ends meet, but to have that itch scratched when it came to new human contact.

When you say communities like ours, if you’re talking about musicians, I believe we know how to be resourceful and for the most part genuinely want to help our fellow artist. We do what we can to adjust with online events and use social media to build ourselves up and those of our peers.

ND: When I was scrambling for a job after the gigs got canceled, I attempted to work a downtown job scaring birds for the city. It’s a real job – using lasers to freak the birds out so they fly away and not poop everywhere. After the lockdowns hit, a lot more homeless people were walking around downtown and were super aggressive since they did not have the usual tourists to ask for change.

A few nights into the job, a confrontation occurred with a homeless person that caused me to say, “Nah, I’m cool. I don’t feel safe, so maybe I should try something else.”

“When I was scrambling for a job after the gigs got canceled, I attempted to work a downtown job scaring birds for the city. It’s a real job – using lasers to freak the birds out so they fly away and not poop everywhere.”

I then had the idea to ask my awesome fans if they’d like to commission me to cover a song for them. I only expected a few people to take me up on it, but by the grace of them, I ended up doing a total of 80 cover songs!! I recorded them all from home using Garageband, super DIY acoustic covers special for them.

They really saved me and kick started me down this path of reconnecting with music.

Now, my hubby Jorge, who plays drums for me, and I are slowly building our production, where we record our music and make videos from home. It’s been interesting adjusting to online shows, but we are slowly diving into that. Coping with all the changes has brought out the business woman in me along with that artist that’s been waiting to write new material.

I have been able to work with nonprofits such as Art as Mentorship (Kansas City), San Antonio SoundGarden, Girls Rock Camp, and now Our Nicholas Foundation Autism + The Arts Initiative through Pretty Paints Party, a California-based business I teamed up with where we paint and I perform. All of this is online and I am grateful for every opportunity I have had to share and learn from them.

ND: Remember that scene in Titanic (the Leo version), when the ship was going down and the musicians on the deck started playing to try to ease the commotion? Now, remember when one of them walked off and then another one stayed to play, so then the ones that previously left came back to play with him ’til the end?

At the beginning of the pandemic, I thought to myself, “Would I play ’til the ship sank?”

My first instinct was to take care of my family, to make sure they were safe and I was safe. For a moment I thought, “Well, I’m so worried and hurting and afraid I can’t play music now. I gotta help them.” Then music found its way to me.

“It took a good while to adjust and also realize I am super super broke. I was already broke, now I’m super broke!”

My guides were telling me, “Yeah, um, things are gonna get super crazy, but you gotta keep singing. No matter what, keep singing and sharing.” I am grateful my family has been safe for the most part. We did have COVID scares and it actually affected a few family members, but luckily they have recovered.

I have made changes in my personal life with who and what I put my energy into, because energy is so precious as is time. Making those changes has helped me heal with my connection to music, to reclaim my power in many ways. Healing trauma from my past enables me to share in my music now.

I had missed that feeling even before the pandemic. I missed that connection because years of trauma tainted my vibe and vision. I began to remember the importance of performing a song and knowing this helped someone or will help someone because no matter what it’s helping me. When we heal ourselves, we heal others.

I believe now I would sing ’til the ship sank.

I’ve made this playlist on Spotify when certain songs hit me, I'll just name a few of those songs now:

“Only You Know,” Dion “This Woman’s Work,” Kate Bush “Angst in My Pants,” Sparks “Feels Like I’m In Love,” Kelly Marie “Spinning Away,” Brian Eno/John Cale 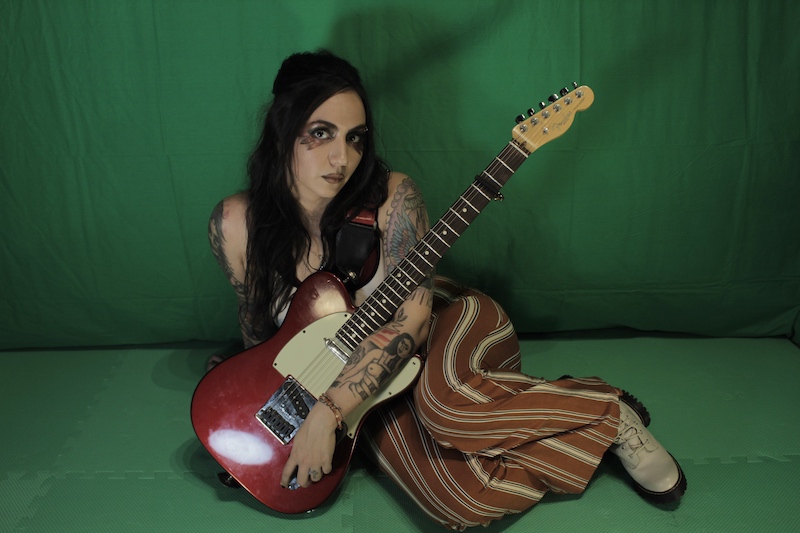 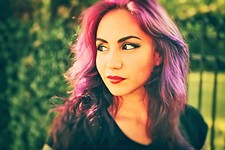 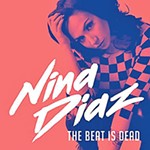