“I control what I can, my physical being”

“Austin’s small but formidable cadre of soul singers refuses to accept assigned gender/racial roles, fighting against the tendency for non-Black, non-POC, cisgender, straight-identifying persons to ‘other’ black women into provisional submissiveness,” wrote Kahron Spearman in a 2017 cover story that included Anastasia, who stood out then as now. 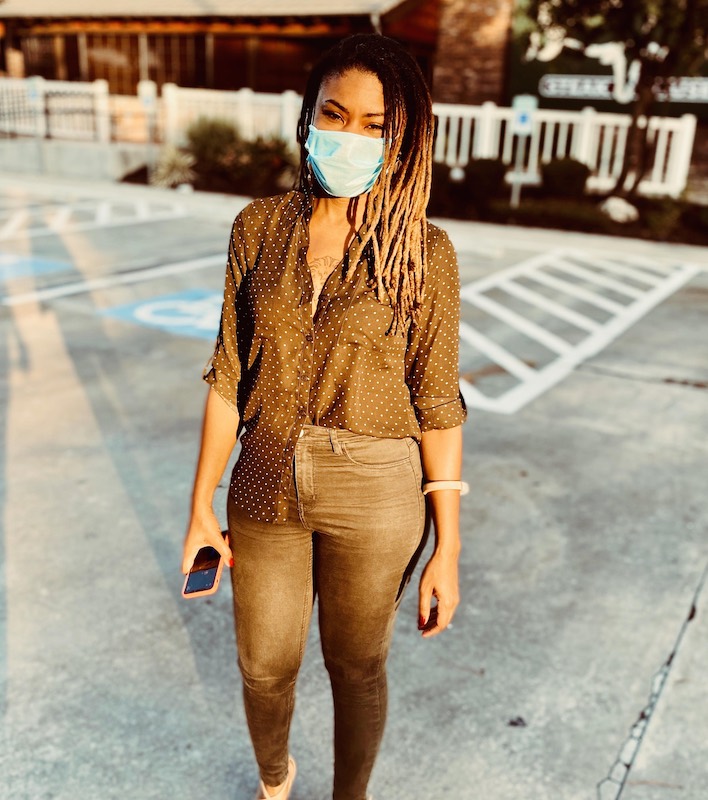 Anastasia: My sons, my dog, and I moved from a crowded apartment complex in the city to a single-family home in the suburbs about a month before things got odd. It was really fortunate timing, because we’ve been able to isolate comfortably. And of course the Honey Bear loves having her own yard.

“If my world ends, it will be to the glorious sounds of the Eighties training montage. Think Rocky, The Karate Kid, Bloodsport.”

A: My team had a show scheduled at Flamingo Cantina on March 16. We had created and named the event, conceptualized and booked it, reached out and promoted it. It should have been a recurring event.

I stayed in close contact with Angela [Tharp], the owner of the venue, over the weekend prior. She kept saying, “Things are getting weird.” I think she was waiting for me to call it, and I was waiting for her to call it.

My calendar suddenly dried right up.

A: For me, live music is itself a form of worship. It’s cathartic and cleansing for the performer and the witness. When you’re in the room where the music is happening in real time, there’s an energy exchange. The “listener” doesn’t just hear the music; they see it, smell it and literally feel it.

It’s unlike any other experience in life. It can’t be replicated on our devices. When we can’t physically assemble for this kind of exchange, we lose out not only on a revenue stream, but an important part of who we are and how we live and breathe.

““For me, live music is itself a form of worship. It’s cathartic and cleansing for the performer and the witness.”

AH: Staying home has never presented an issue for me. I work from home and usually only step out for the rare event. The biggest change for me was opening myself up to the camera.

Overnight, we all had a captive audience. Content became king. So to remain relevant, I had to take to social media more often.

To perform, to express, to speak directly to my friends and supporters, I had to get comfortable with the immediacy and informality of it.

AH: If my world ends, it will be to the glorious sounds of the Eighties training montage. Think Rocky, The Karate Kid, Bloodsport.

Heavy circumstances can leave us feeling not in control. So I control what I can, my physical being. Exercise is a big part of that. When I jog the trails, pushing myself and breathing beautiful fresh air, those songs make me feel unstoppable!