All-Star Austin Contingent Gets Out the Vote Covering R.E.M

Something of a deep-cut on R.E.M.’s breakout fifth album Document, “Exhuming McCarthy” connected the original period of anti-communist finger pointing with the hard right politics and unmitigated capitalism of the Reagan era. Unsurprisingly, the lyrics remain relevant today. 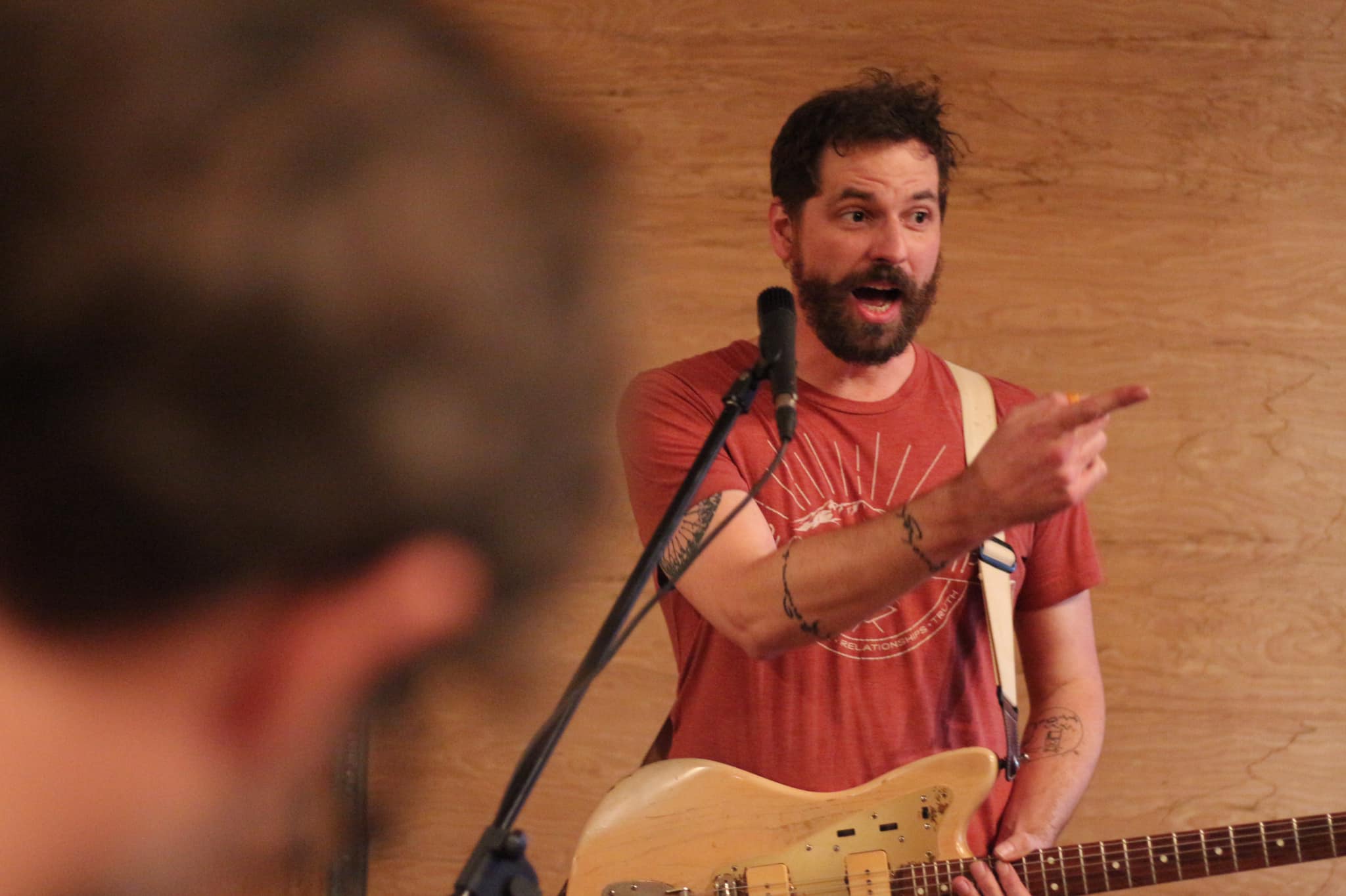 Justin Douglas pointing the way to the ballot box. (Photo by Brian Wagner)

Looking to create a timely voting reminder, Justin Douglas – owner and chief producer at King Electric Recording Co. – zeroed in on the 1987 track and assembled an Austin musical contingent to create a new version. A. Sinclair, who released the exceptional In the Middle of the Night EP in March, delivered Michael Stipe’s lead vocal parts, while Jana Horn applies her chilling pipes to the “It’s a sign of the times” pre-chorus. Meanwhile, Douglas’ veteran experimental rock outfit Royal Forest handles a more driving rendition of the alternative rock missive with horn contribution from Michael St. Clair, aka Pocket Sounds.

The original recording of the song includes an audio sample of U.S. Army Chief Council Joseph Welch admonishing Senator Joseph McCarthy: “Have you no sense of decency, sir?” The updated version kicks off with a loop of Texas Lt. Gov. Dan Patrick’s now infamous defense of reopening the state’s economy earlier than what experts advocated: “There are more important things than living.”

“Dan Patrick is an asshole,” says Douglas. “Imagine thinking the ‘economy' is more important than my kids’ lives. Voting is the only way we get rid of this mentality. I wanted to do something to encourage that, and this song is such a wonderfully scathing satire on the relationship between economy and life that it just made sense to me.”