Doug Freeman in our Aug. 28 issue: “Disappearing Girl, the debut LP from Juliet McConkey, reveals an old soul in the understated beauty arising from earnest observation of quiet moments and lives. The native Virginian lets the stories gracefully bloom, her no-frills, gorgeous vocals ringing with a calm hearkening Emmylou Harris and Nanci Griffith.” 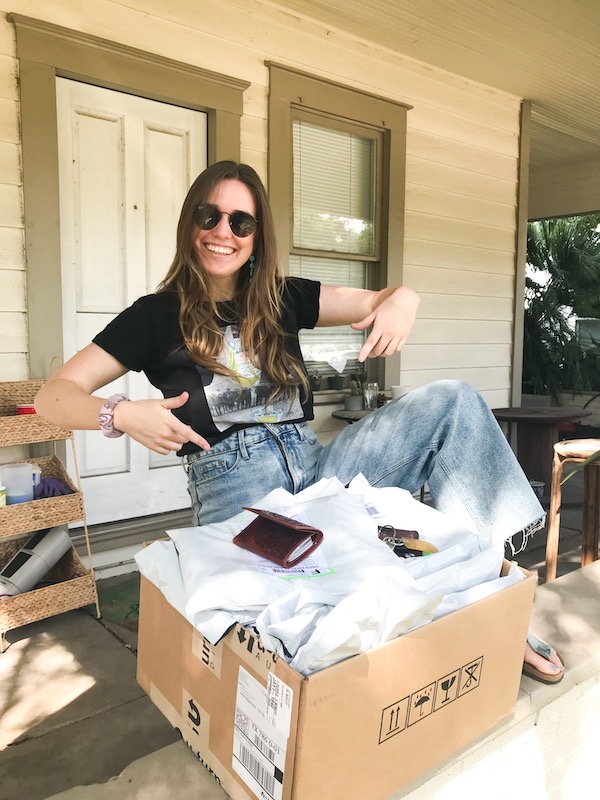 “We’ll be off to spend about half the year helping out at his family’s ranch in New Mexico and the other half working at my folks’ fruit nursery back home in rural Virginia.”

Juliet McConkey: At the beginning of quarantine, I was living with my best friend in San Marcos, and my boyfriend/fellow Austin musician James Steinle was quarantining with us. It had its ups and downs as I imagine everyone's quarantine experience did, but we had quite a lot of fun together. We watched Game of Thrones in its entirety, did a lot of painting, drinking, “swimming” in our tractor supply water trough in the yard, and James recorded a concept record in our laundry shed.

Peppered into the spurts of fun were plenty of bouts of financial stress and existential dread, loss of sense of purpose, but largely I felt alright about everything. If it weren’t for the circumstances under which we were all allowed/forced to slow down, I think we’d all admit it’s been kind of nice. Or maybe that’s just me.

My lease was up in San Marcos in June, so I moved in with James up in Austin and have been here ever since. It’s been wonderful, but the reality of the uncertainty of the next year really started to set in recently. We talked it over and decided we’d be better off getting out of the city for a while, so in a few weeks we’ll be off to spend about half the year helping out at his family’s ranch in New Mexico and the other half working at my folks’ fruit nursery back home in rural Virginia.

That’s not at all what I’d had planned for this year, but it sure seems preferable to hunkering down for the foreseeable future and letting rent munch away at our dwindling savings. I’m excited for some fresh air and geographical isolation.

JM: I think I played my last show around the first week of March and cancelled everything after that. What went down with the ship for me was essentially whatever I thought I may have had planned this year for my music career. I’m a newbie, only lived in Texas two years, and before that had only about a year under my belt seriously playing back in Virginia.

I’ve been playing since I was 12, but didn’t decide to give it an actual shot until after college. In January of this year, I did a Kickstarter campaign to fund my first record. I enlisted the help of producer Scott Davis, who brought in Richie Millsap and Trevor Nealon (Band of Heathens) and engineer Steve Christensen.

I gotta name drop them, because they’re fantastic and I’m so fortunate to have made a record with them. Luckily, we were able to get into the studio in mid February and get the whole thing done. So while I wasn’t out playing, I was kept busy getting everything in order to put out a record. I had no idea how to do that really, and throwing a pandemic into the mix certainly didn't help, but I had a lot of great support and guidance.

“I’m a newbie, only lived in Texas two years, and before that had only about a year under my belt seriously playing back in Virginia.”

As time went on, it became more apparent [COVID-19] wasn’t going anywhere for quite some time, and whether it was the smart choice or not, I really had no interest in delaying the release. There came a point where I knew I just needed to release it and let it go. The time will come when it feels right to play shows again even if that’s not right now for me.

And I say “for me,” because I sure as hell don’t judge anybody for doing what they’ve gotta do these days. Could the record be doing “better” if I was able to get out on the road and promote it? Maybe, who knows, haha.

I’m just really grateful to have something out there that I’m proud of that folks can listen to. It feels good.

JM: I don’t really know what happens. I hope that the community can bounce back, even though I know the reality is that many treasured aspects of it won’t. I just hope for the best. I hope our incredible venues get some financial relief that can actually see them through.

The looming unknown has been the hardest part of the pandemic for me personally, and I think it has been for lots of other folks, too. Though I’ve been here a short time, I’ve met a lot of resilient, generous, and supportive people in this local scene and while the future is uncertain, they’re the kind of people who can make something good come of it. Was that just a wordy way of saying I have no clue?

JM: When I lived in San Marcos, I worked at a restaurant that closed for a month early on and then reopened as to-go-only. I continued to work there for a while after moving, but eventually the commute wasn’t worth it. Since then, I’ve pretty much been living off merch sales and that dwindling savings I mentioned.

Didn’t hear back from a job I really wanted, so I put my efforts into releasing my music and right around then is when we decided to be a little nomadic for the year. Might have to get creative for some extra income this year, but the easing of the rent burden sure will help. Neither of us are by any means “quitting” music or anything like that, very much the opposite in my mind. I think we’d both just rather take advantage of this situation to spend more time in different scenery, with family, and hopefully learn new things along the way.

“Lately I’ve been really digging Nanci Griffith and Kate Wolf. Khruangbin has me covered on running tunes. Also a lot of John Prine, Gillian Welch, and Linda Ronstadt over the last several months.”

I think it’ll be good fodder for making music. Hopefully things get better out there along the way and we can start playing some shows again. I’ve been in a real creative rut since the dawn of these times, so I’m hoping for a little inspiration in the mix as well.

JM: I don’t know if I’ve had one real soundtrack for this whole thing. I can hardly remember what I was listening to three months ago, because it feels like three years ago. That said, lately I’ve been really digging Nanci Griffith and Kate Wolf.

Khruangbin has me covered on running tunes. Also a lot of John Prine, Gillian Welch, and Linda Ronstadt over the last several months. Good music just makes you feel good, simple as that. I’ll always be a fan of good music.

As someone who tries to write good songs, there’s no one better in my mind to study than those artists I mentioned and their contemporaries. And when you love what you’re studying, it makes it even better, haha! Especially when life is dreary and creativity is downtrodden, it’s easy to succumb to your ego and insecurity and feel lost.

Songwriters of that caliber will smack my brain into remembering that one, it’ll be alright, and two, you can’t just pull great songs out of your ass. It takes hard work. And sometimes, it’s just not there, but it’ll come back.

Or something like that. What the hell do I know, really? Thanks for giving me room to ramble! 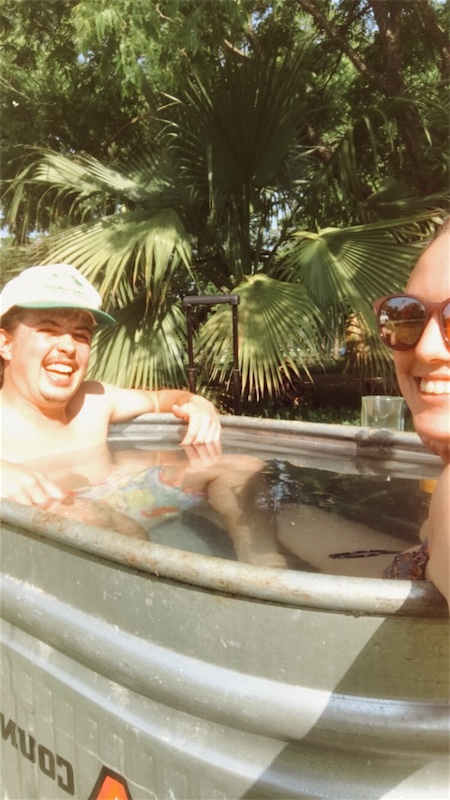