Since the pandemic descended, the Teeta has proliferated three full-lengths and a grip of singles and collaborations. Friday’s The Seventh Seal combines the breakout Austin rapper with Dallas MC Willo and Atlanta producer CZ. Appropriately, we offered up seven questions. 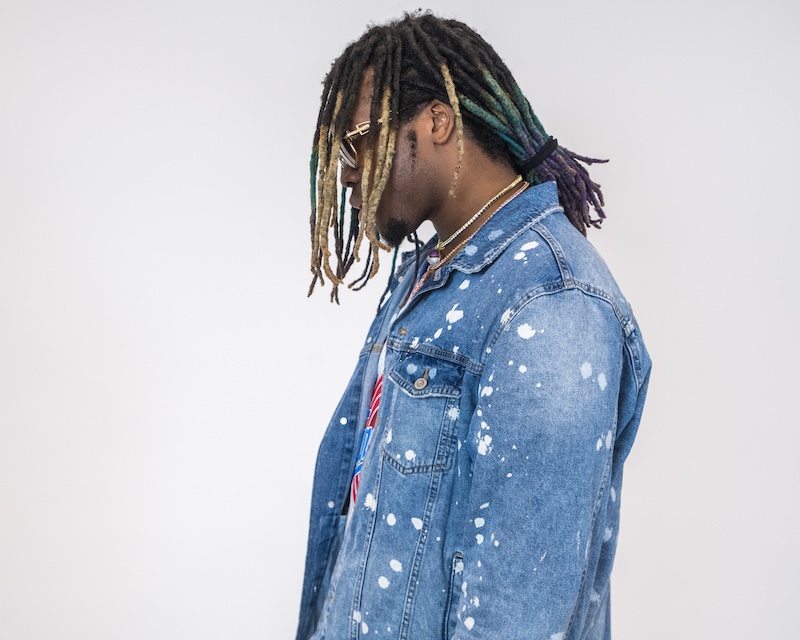 Austin Chronicle: The Seventh Seal is a biblical reference about the beginning of the apocalypse. What inspired that as a title?

The Teeta: I’ve always been into esoteric knowledge, religion, the Book of Revelations, numerology, and life path numbers. Willo, he’s even more into the numerology and the zodiac and stuff, so we’re connected on that level. We both have the same life path number of seven, the number of completion, perfection, spiritual enlightenment.

Because of all this crazy apocalyptic type shit going on in the world right now, The Seventh Seal lined up. Of course, it’ll be going on for 1,000 years, but there’s never a wrong time to capture the moment artistically.

“Because of all this crazy apocalyptic type shit going on in the world right now, The Seventh Seal lined up. Of course, it’ll be going on for 1,000 years ...”

AC: You just had a son. What are you learning from fatherhood and do you think it will influence your music?

TT: I always had the dream of being a good father, but I took my time getting there. So now to have a son, I’m just looking forward to being a teacher. Along the way, I’ve mentored people and now I’m the ultimate mentor figure to a kid.

Musically, I do whatever I feel in the moment. Now, having a kid, I want to make some stuff that I can listen to in the future and get a glimpse of who I was at that point in time, but I’m not making kid’s music. [Chicago producer] Netherfriends does it and he wanted me to be on the first Kids Trap album, but for an artist like me, I’m pretty serious and I thought it’d be corny if I’m fuckin’ rapping about crayons.

AC: You’ve put out so much music since COVID-19 happened. What’s your creative schedule like?

TT: When I’m in a creative space, I try to use it up. If I got this energy for a month straight, I need to do it. I’ve probably released over 30 or 40 songs in the last five months, and I have two or three albums ready. I’m just kind of riding the wave. At this point, I want to stay this productive.

AC: You already have albums this year called The Quarantine and The Stimulus. Will there be a third one called The Vaccine?

TT: Ha ha, I might give them The Vaccine!

“I’m now thinking, if God lets me live, about how I’m going to teach [my son] at every point of his life. My dad passed away when I was 12 – I talk about that on the album, too – so I didn’t really have an opportunity to learn a lot things from him.”

AC: Tell me about creating with Willo and CZ. What did each person bring to the table?

TT: Willo’s just a really creative dude – mad esoteric and a real below-the-surface kind of guy. With our communication, there’s always a deeper conversation, talking about life. It’s all been done remotely, so we’re in a group chat.

CZ will drop different beats in there and Willo or I will put something to the track, and we’ll go from there. Everything’s intricate, from what we title a song to what we express, because we wanted this project to be introspective.

AC: How eager are you to perform live again?

TT: Oh man, I want to do it so bad. I’m willing to wait to be safe, but I’m the king of the court when it comes to performance. I don’t care what no one says, I don’t feel like there’s any other hip-hop artist in Texas that brings the energy that I bring to the stage – no live band or hype man needed.

That’s what exhilarates me and that’s where I thrive, so I’m super eager. I might do 500 shows when it’s back on.

AC: “Falling backward” talks about how success takes time. What inspired that track?

TT: It’s just basically about how success is an uphill battle and you come to points where you feel like you need to take a step back. Then you realize, “I need to be on my A-game. I need to be even better.”

In life, we come to those points where we backslide, financially or in character building, and we make a mistake. We go broke and everything’s falling apart. That’s when you have to pick yourself up and work the hardest. The Teeta, Trenton Anthony, Willo, CZ, Netherfriends, The Quarantine, The Stimulus, The Vaccine