Except for her two cats, of course 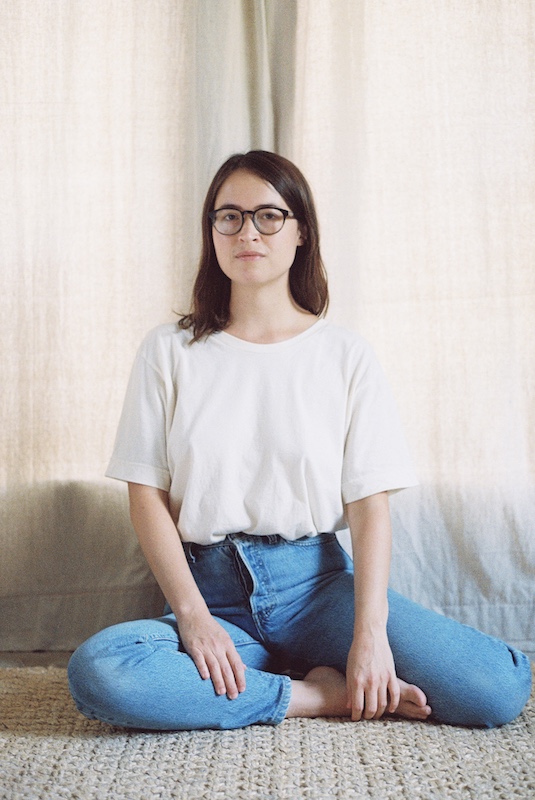 Katherine de Rosset: I just moved into a backyard house in Cherrywood, so now it’s just me and my two cats. It’s been a while since I’ve lived alone, but it’s something I’ve longed for since my arrival in Austin. Creating this space for myself has brought a lot of peace and renewed creativity into my life.

I moved and then a few days later released my album, so it’s a new beginning in many ways.

“It’s been a while since I’ve lived alone, but it’s something I’ve longed for since my arrival in Austin.”

KDR: When I think about the start of the pandemic, I recall driving back into Austin after a night of camping. In just a day, it felt like so much had changed and there was this sense of uncertainty about what sort of world we were returning to. There have been many abrupt endings without that time to ritualize or process them, and in a way I think it’s helped me to accept this very real part of life and to be even more present.

I finished my album the week before shelter in place was enacted in Austin. With that and no longer having my job at Mothers Cafe, there was all of this new space and time to explore and take each moment as it came.

KDR: We continue to give and receive, but in a way that feels safe and right for the time. I’ve seen a lot of artists doing live performances from home and I’ve enjoyed tuning in and connecting in that way. At the beginning of the year, I was determined to break out of performing solo and start a band. Now, I feel acceptance for the ways I’ve always worked creatively, which is alone.

I think we’ll all do what we can to reach out and will appreciate live performance in a whole new light once we are able to meet in that way again.

“Now, I feel acceptance for the ways I’ve always worked creatively, which is alone.”

KDR: I have always balanced creating music at home and playing shows with a day job, so to not have that is a change for me. I’ve been able to learn a lot about myself and how to work with my natural creative rhythms. Some days are easier than others, but I find it’s best when I can be compassionate to myself and honor the phases of taking in and giving out.

KDR: I was inspired to listen to more music again once I had finished my album in March, and had begun spending time with someone who played music around the house. My soundtrack is all ambient or classical music. Something I can meditate, read or draw to. A few of the artists that will remind me of these times are Hiroshi Yoshimura, Laraaji, Martyna Basta, Mary Lattimore, and Grouper.