“On Superstar, Caroline Rose follows a protagonist fueled by blind ambition en route to L.A.,” wrote Rachel Rascoe in a February profile. “Not coincidentally, after garnering acclaim for third album Loner in 2018, the singer planned her own California migration. Instead, she moved to Austin.” Reviewer Kevin Curtin short-lists the LP as a local Top 10. 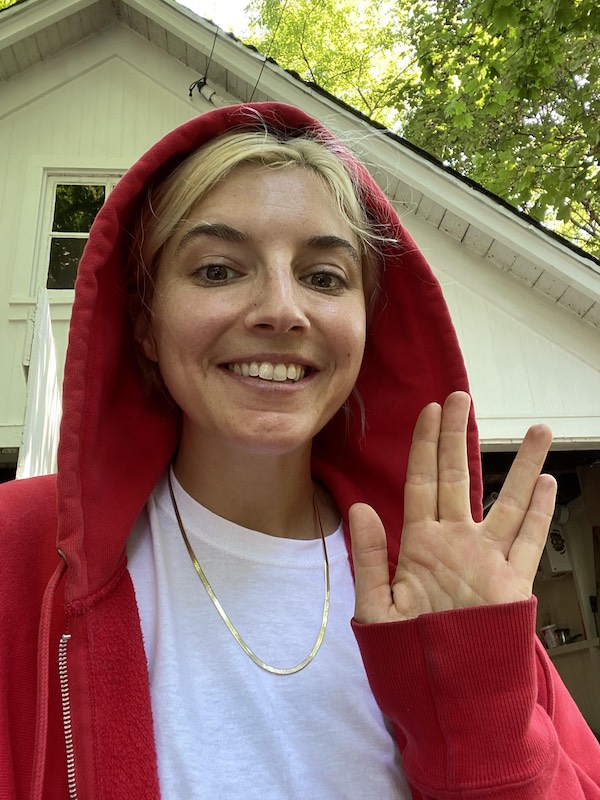 Caroline Rose: I’ve been in Vermont for the summer, but I am actually just about to start my journey back to Austin, a mere 30 hours and lots of hand sanitizer! But yeah, I’ve been living with my sound engineer and his partner, who just happen to be moving back to Texas as well. I guess the Texas winds are calling us home.

It’s been an incredibly healing time for me personally, though. I have a lot of amazing friends up here who have really helped me through the hard times.

“I’d love to get a job delivering mail if the post office still exists.”

CR: Ha, boy, how much time do you have?? It’s a pretty crazy story, because we had just started what was shaping up to be a champagne year for us. It was the first tour I’d ever done that was on its way to being totally sold-out, which is so crazy to me.

But to be totally honest, I’d been so stressed and overworked from the past year-and-a-half that I was actually starting to hatch plans to throw myself in front of a slow moving car. So, um, needless to say, for me personally there’s been a silver lining to the world having stopped.

CR: Well, er, it just doesn’t really exist. I mean, the purpose and foundation of the whole industry is to stuff as many people as possible into a room and entertain everyone. I think this time has been a testament to how hard it is to make a living doing this.

We really only make an income, if we’re lucky enough to make one at all, from playing shows. If I could make a living from making records alone, I’d probably pull a Tom Waits: play four shows in Japan and call it a year.

“If I could make a living from making records alone, I’d probably pull a Tom Waits: play four shows in Japan and call it a year.”

CR: I’m starting a new record, so that will keep me busy for a while. I’m really grateful my label is supportive of this idea, because I know they’re probably struggling too, but I might as well use this time wisely. After that, I’d love to get a job delivering mail if the post office still exists.

Or maybe I can make art out of my trash. I’ve always wanted to do that.

CR: Oh man, music is the only thing that consistently brings me solace in life. I personally think I was born into the apocalypse, so this is nothing new. But yeah, I have a playlist for basically every state of emotion.

Lately, I’ve had this really awful travel bug and keep having dreams about England, so I’ve been listening to a playlist aptly named “Thinking about London.” It’s mostly moody stuff like Yves Tumor, Floating Points, Dua Saleh, and a bunch of other amazing and mostly under-the-radar artists. 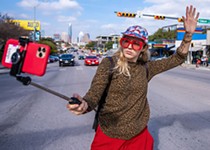 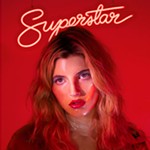