Checking In: Guitar Heater Sue Foley Works on Her PhD

Ace stringer “spaced out for about three months” first

As a bandleader slanging Austin blues, Sue Foley remains a triple threat belter/shredder/performer. As a sidewoman, she also rocks: “Pic of me and Mike [Flanigin] attached from our West Texas trek to promote Mike’s album West Texas Blues, which we recorded during quarantine. Check it out here.” 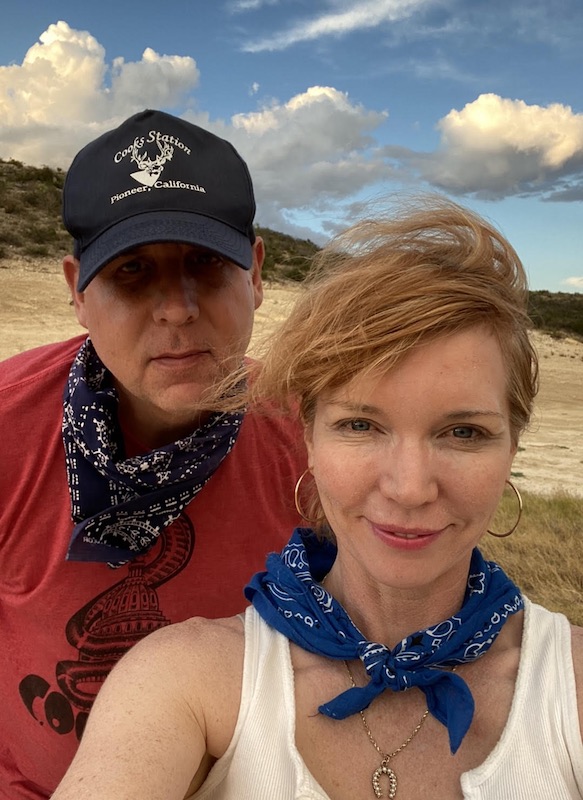 Sue Foley: I’ve been sheltering at my place in Travis Heights. I spent the first four months on my own, but my son came home from university a month ago, so now it's the two of us. I’ve also been able to see my boyfriend, Mike Flanigin, a lot.

We’ve basically quarantined together, going between each of our houses. We’re all doing OK and I’m really happy to have my son around. Lately though, I gotta say, after five months we’re all over it and long to get on with our lives.

“My last gig was at the Beacon Theatre in NYC on Mar 12, which was the exact moment NYC started to get shut down.”

SF: My last gig was at the Beacon Theatre in NYC on Mar 12, which was the exact moment the city started to shut down. The show, Love Rocks NYC, ended up being streamed since they cancelled the audience the day of. It was my first experience with livestreaming and pretty surreal.

I got back to Austin on March 14 and have been here ever since. No gigs and barely any social life to speak of. I basically see one girl friend, Mike, and my son.

At the start of the quarantine, I had great plans for finishing projects and hobbies, but found that my ability to concentrate had been impaired. Many of those lofty goals went by the wayside. Instead, I kind of spaced out for about three months.

I've done some livestreaming to keep in touch with fans and friends, recorded an album with Mike, and will be making my own album starting this week. I've also been working on a book and my PhD, so that also keeps me distracted in a good way. It's not that there's nothing to do, but sometimes it's hard finding the motivation. I like adrenaline and the good kind of stress that gets you up and going.

I miss those things. 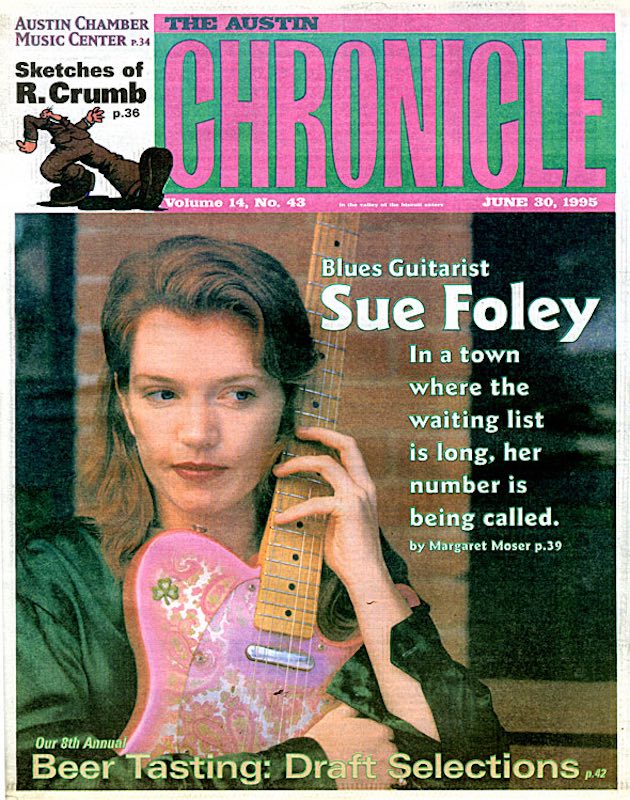 And R. Crumb Too: Foley and Chronicle music alpha Margaret Moser made a formidable pair 25 years ago this summer

SF: Austin has made its identity through the live music scene, so I think the impact here has been devastating. Musicians and audiences get a special kind of sustenance from each other that feeds the spirit. This can't really be recreated through social media or on a computer screen.

We need to be together and feel each other’s heart beat. What happens when you can't access that? A lot of hungry spirits.

SF: I’m actually doing pretty good. Having my son close by has been a blessing, and I have a lot to keep me busy. I can weather this storm.

“There are two quotes that have kept me going: ‘In the middle of difficulty lies opportunity’ (Albert Einstein) and ‘Whatever gets you through the night’ (John Lennon).”

I’ve changed some things about how I connect with my friends and fans, started a Patreon where I can share my creative space a little more intimately with them, and I'm actually enjoying having the time to focus on finishing my book. Honestly, if it hadn't been for this lockdown I probably wouldn't have done these things.

There are two quotes that have kept me going: “In the middle of difficulty lies opportunity" (Albert Einstein) and “Whatever gets you through the night” (John Lennon). I’ve really tried to stay on the positive side of things and find new opportunities. And I’ve made a pact to not judge myself too harshly when I have a few (too many) margaritas and spend eight hours on Netflix.

It seems to be working.

SF: I always listen to the same stuff, and I have since my teens. Nothing's changed in that perspective. It's still Memphis Minnie, Bessie Smith, early Chicago and Texas blues. I don't need anything else to keep me going. 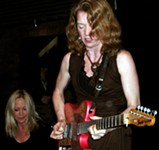