Checking In: Seela Side Hustles 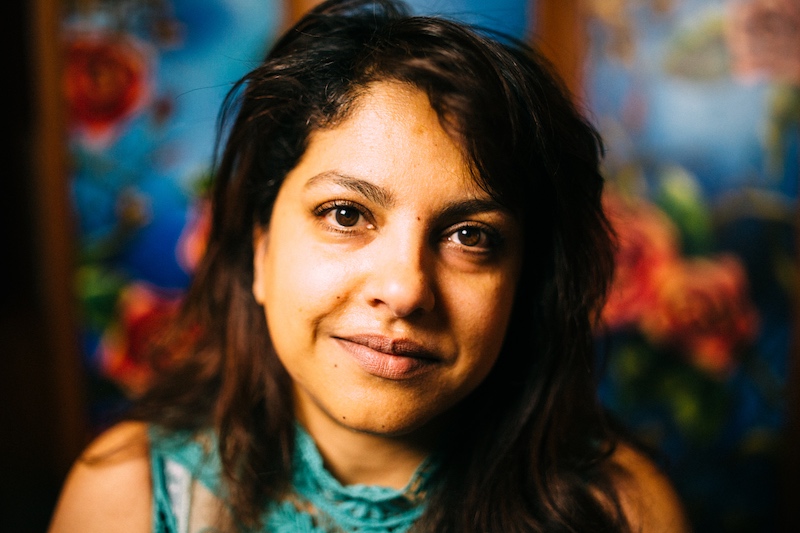 Seela: I am at home with my husband Jon Greene and until yesterday our roommate Scott. He just moved out. Our little dog Liza Minnelli is here with us as well.

Jon is working from home. He's got his double monitor set up in the den as well as a headset for calls and meetings. Many know him as a kickass drummer, but he’s also been a dynamo chemical engineer for over 20 years.

It's going well. We have groceries delivered. I cook a lot.

For the first four-and-a-half months of quarantine I was working on homemade animated music videos to accompany my album release. The time stuck at home with everything else cancelled came quite handy, actually. Last night we binge watched The Chosen. We were up until 1am, which is crazy-late for us.

Jon is reading the Ron Chernow book on Hamilton that inspired the musical. I'm reading a Seventies kids book called Momo that was a birthday gift. It’s brilliant. There are at least a few albums’ worth of songs in that book.

We've been getting the Sunday paper. We're also eating too much.

S: March 14, I was going to play at One-2-One with my band as we had been doing on the regular. That did not happen. Jon and I are also members of the Purgatory Players’ Gospel Brunch every Sunday at El Mercado and that shut down the same weekend.

My sister and her family were going to come down from PA. for my CD release show. My 50th birthday was supposed to be a backyard party. Jon was supposed to start a monthly residency with Anthony da Costa this week as his iPhone calendar reminded him this morning.

A lot went down with the ship.

I was hoping to support my new record with some gigs around Texas. We had assumed a getaway to the beach or maybe Chicago would happen this summer after having not been on a vacation in over a year. My income is much less, but thanks to things like Patreon and a few painting commissions, I'm bringing in a little drop of money here and there.

We are very blessed that Jon has his job and can work from home at least for now. We are not struggling the way I know so many are. But I am certainly not pulling my weight.

S: I know a lot of people for whom the live music experience IS their community – and I'm not talking about musicians. Music lovers of a certain ilk gravitate toward the joy and meaning and connection they get from live performances and their fellow concert-goers. Those folks are starving right now. Online shows keep the connection alive, but barely. It's a pale comparison.

“There is no choir at my church right now. I mean, they are usually off this time of year for summer, but earlier when the pandemic hit, they shut down choir rehearsal and performance due to the impossibility of distancing. That choir is amazing and heart-wrenching. They aid worship in an indescribable way.”

There is no choir at my church right now. I mean, they are usually off this time of year for summer, but earlier when the pandemic hit, they shut down choir rehearsal and performance due to the impossibility of distancing. That choir is amazing and heart-wrenching. They aid worship in an indescribable way. And even though most folks are worshiping from home via streaming, they are greatly missed.

I have no idea what happens to this community without live music because it's never happened. No one can deny, though, that Austin was formed and grew on the allure and cool status of a healthy live music scene. That's what brought me here when I was 19.

The current inability to play shows, the inability to play online with each other without sounding crappy (I hope there's a kid in a basement somewhere working on fixing this), the loss of venues due to the financial strain of the pandemic, and a newly refreshed loathing of bajillionaire streaming services (did you read Daniel Ek’s words about musicians and how we need to change the way we make records, blah, blah, blah, barf, barf....?) is going to change the entire landscape. I have no idea when or how or what it will look like or if it will be “better” or “worse,” but aren’t we living in the soup that forces huge change and innovation right now?

S: Like many, I’m often pantsless. I only drive my car once a week. I have not seen my stepfather or step brother (in North Austin) in eons.

I'm cooking like a monster even though I just want to eat cheesy tacos and BBQ every meal. I'm leaning on my ‘side-hustle’ stuff a little more. I'm making homemade bread and delivering it to folks in my surrounding zip codes. I'm known as the South Austin Bread Fairy.

I’m doing some animated videos for trade with a few folks. I've been pursuing visual art for a few years now, so I guess I'm exploring that a little more – doing things I don't know how to do to see if I can figure it out. The most drastic shift has been that the only musical thing I'm doing right now is promoting my new record Cool (which kicks ass, by the way).

“My income is much less, but thanks to things like Patreon and a few painting commissions, I’m bringing in a little drop of money here and there.”

Visual art and bread have taken center stage, so to speak.

S: Weirdly enough, I've been listening to a lot of Lata Mangeshkar songs (Indian film singer) and Alistar Begg sermons (Scottish pastor with a church in Cleveland, OH.). I've also been revisiting Mulatu Astatke from that Ethiopique’s collection. Sometimes at night JG and I will dig around for stuff we were into in the Nineties and crank it. A few weeks ago it was Doolittle by the Pixies.

It's not a pretty picture.

The hardest part about this weird alternate-universe-time is watching people suffer. Financial hardship is so difficult and stressful. Medical/health-related hardship too. As is raising a family.

There are people struggling with all three. It's mind-boggling. It's heartbreaking.

Supporting the Central Texas Food Bank is one way people can help. The folks at CTFB are doing (and have always done) a great job of not just feeding people, but giving people tools and information, as well as community and escape from isolation. Also, supporting organizations like HAAM is a wonderful way for folks to love their local musician. 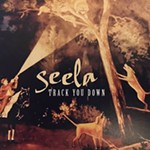 Seela
Track You Down (Record Review)