SCDS, the hip-hop assembly known as Space Camp Death Squad before NASA’s educational camp sent them cease and desist paperwork, has returned with their first new music in five years: a caustic confronting of racism in America titled “Breakfast of Champions.” 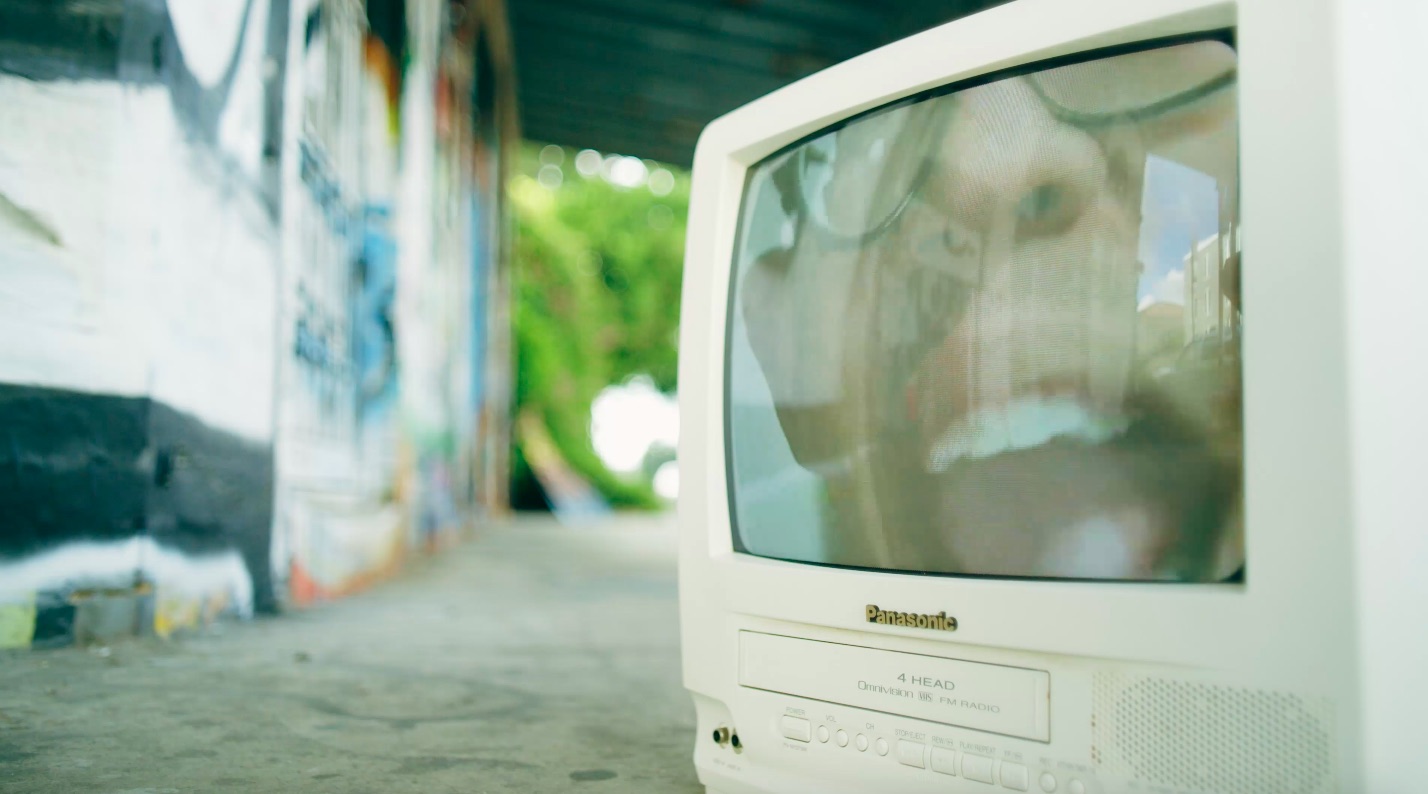 Ryan Darbonne on TV in a clip from "Breakfast of Champions"

“Fuck that, I keep it spicy like cardamon/ They wanna see us hung like a cardigan,” Ryan Darbonne, aka Doc Brown, raps in the video, which is accompanied by footage of the Trumpettes singing group, Ku Klux Klan ceremonies, and the painful scene from Do the Right Thing where Radio Raheem is choked to death by a police officer.

The clip’s resourceful cinematography, handled by director Zac Sprague, has each of the sociological-minded group’s three MCs – also including Adam “P-Tek” Protextor and Colton “Secret Levels” Ferguson – delivering their verses on a grainy TV/VCR combo placed in visible Austin locales. Protextor blasts a history of prejudice in the justice system with the line: “Another judge changing robes from black to white after the trial.”