“Yes, I’m from Austin (partially). I’ve moved around a lot” 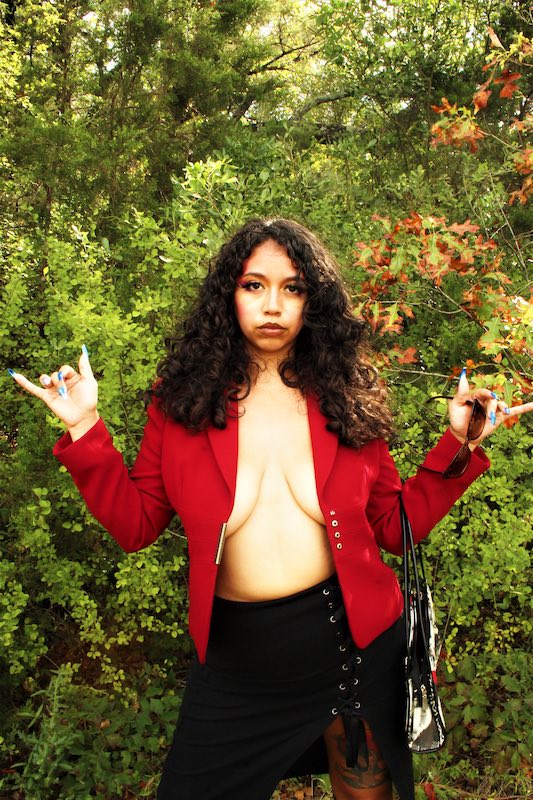 Ayo Tamz: I am sheltering in my apartment for the most part. The first month, I was cooped up thinking the world was coming to an end, and around the second month, I went out to West Texas (Odessa) to spend time with my family in case shit went down.

“I finally felt like the world literally stopped and gave me a chance to catch up in life. As a creative, it was weirdly a relief how everything got shutdown and I was forced to stay home and create under new circumstances.”

To me, at the time, it felt safer being in a small town than in a larger city. As of now, I am back home in Austin and have been for a while. My boyfriend is with me and it’s been going smooth for the both of us.

I learned to adapt quickly. At first, it was driving me crazy, ’cause I was always on the go, with my “9-5” job and creative side hustles.

AT: The pandemic weirdly gave me some time to breath and catch up on my mental health. I finally felt like the world literally stopped and gave me a chance to catch up in life. As a creative, it was weirdly a relief how everything got shut down and I was forced to stay home and create under new circumstances.

“From what I’ve personally seen, creatives have flourished under this quarantine.”

AT: From what I’ve personally seen, creatives have flourished under this quarantine. People are adapting and not letting the pandemic get the best of them. I'm seeing more virtual shows, which is a brilliant idea for introverts like myself.

AT: As far as my work situation, I was released from my job March 16, two days after my birthday. At first, I was a little stressed, ’cause I was thinking the world was ending. I remember being at work for no more than five minutes when the governor popped up on our TVs saying it was mandatory to shut everything down for our safety.

I work at a sports bar.

I remember rushing out and heading to HEB to stock up on some food that would “last.” Looking back at it makes me laugh, ’cause it was solely out of fear and anxiety.

AT: Music definitely helped me get through these crazy times. I would have to say “Bodies” by Drowning Pool is my go-to soundtrack for the apocalypse. I even did a song inspired by them with my own little twist of style.