Rosie & the Ramblers lead gets political

“Patriot” plays out as a different kind of song for Selena Rosanbalm. For starters, it signals the evolution she’s making with her eponymous solo full-length, due October 9. Long ensconced in the honky-tonk and Western swing scene with her band Rosie & the Ramblers, the singer now ventures much more personal, political – powerful. 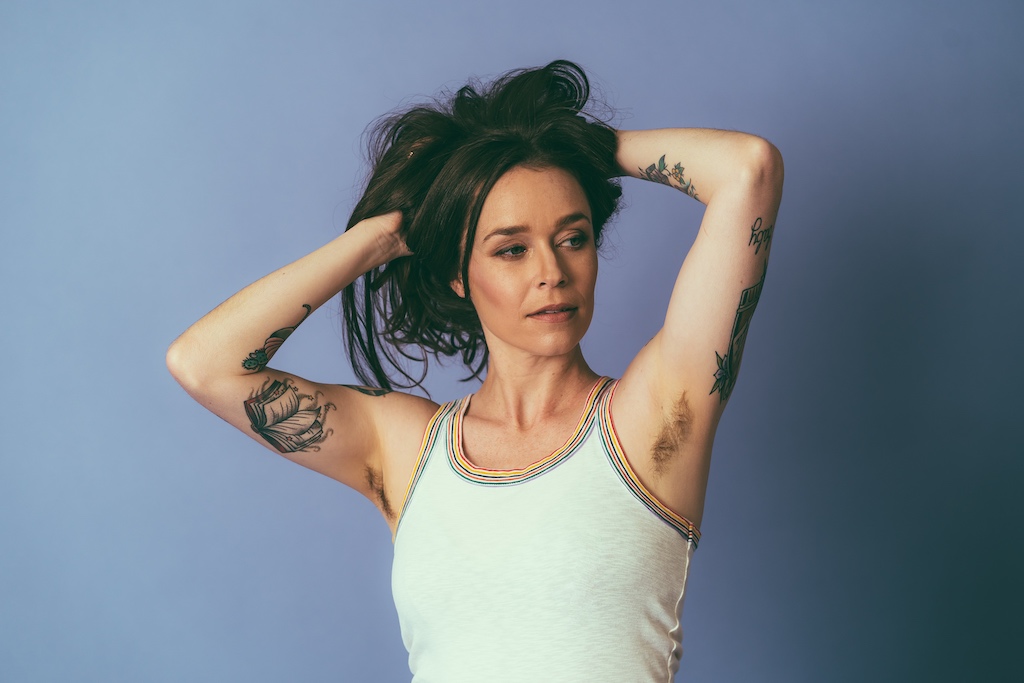 “Being part of the country scene felt stifling after a while, stylistically speaking,” admits the Austinite. “When my writing became more political and I started playing with new sounds, I knew I needed to change something. I toyed with the idea of keeping Rosie & the Ramblers going and starting another project under my name, but that seemed excessive.

“This album really bridges the gap between the ‘old’ and ‘new’ me,” she continues. “There are songs on it that I wrote years ago, in the early days of Rosie & the Ramblers. And there are some I finished just before we got into the studio. I’ve spent years in the country and Western swing scene feeling like I needed to act properly, play the right kinds of songs, pull from appropriate subject matter.

“But that’s not really my bag.

“I’m not good at conforming. I’m a terrible bullshitter. I don’t know how to veil my opinion.

“And finally, in my mid-30s, I came to the realization that I don’t have to do those things. I can just be who I am. I wanted this album to be a reflection of that and I’m pleased with the outcome.”

The first single from the upcoming album highlights that new focus. “Patriot,” which debuts here, takes aim at our current state of the Union and contemporary atrocities masquerading as patriotism. Rosanbalm’s searing, ironic bite cuts with co-writer’s Cat Clemons lead guitar, and offers up the song as the most rocking track on the album.

“Writing songs is really similar to journaling for me [in that] most of my songs are very personal,” offers Rosanbalm. “On this album, I’ve started looking outward instead of always turning inward for material. If ever there was a time to get political, it’s now.

“Blind patriotism is dangerous. We should be outraged.”

Here’s “Patriot” ahead of its official release this Friday.