“Nagavalli Medicharla plunges into her classical Indian training for a deeply spiritual, meditative offering,” opined the Chronicle in 2018 about the Mumbai-reared local’s second LP, Immersion. “[She] eschews the Austin dialect for her native tongue, emoting full-throated and singularly driven by melody.” 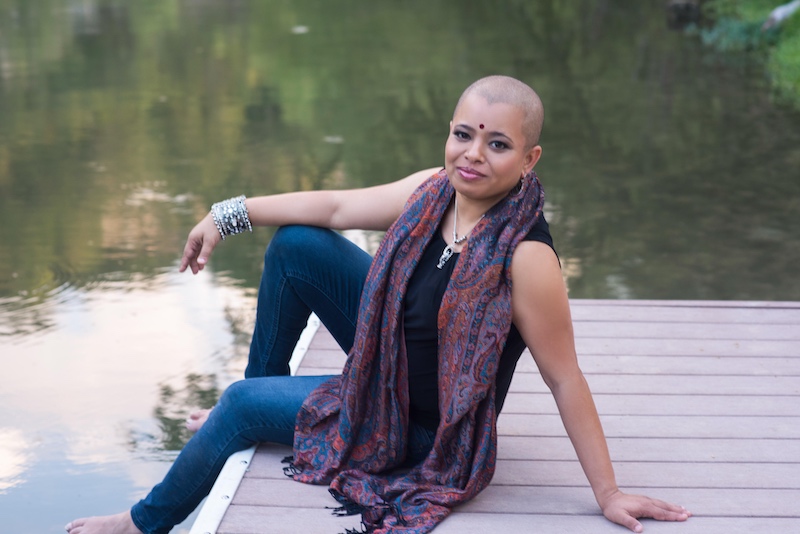 Nagavalli: I am sheltering at my home in North Austin. I moved here in late January this year, [unable], of course, to realize how dramatically circumstances would change for everyone and me within less than two months! Glad I made the move and found myself in this neighborhood. People here have been really stepping up to help each other out.

It’s lovely to see, contribute where one can, and feel a sense of community. And oh, it’s me and my three pups: two Border Collie mixes and a little Shih Tzu mix, sheltering in place. I also recently started working together with my friend and talented musician Katie Marie.

“We seem to be the only species on Earth that takes and takes. Nature eventually finds its way to balance things out.”

N: The last live music event I played was in March for a KOOP fundraiser at the One-2-One [Bar] on the Saturday before things started shutting down in Austin. I kept my commitment and given everything, it felt therapeutic for my musicians and me to play that show.

As for other plans, well, I was in discussions for potentially doing another show at the One World Theatre early next year and was making plans to complete a new album in 2020. All those went on hold. I also had to cancel a couple of commitments in California.

That said, I have always tread two worlds – especially in the past 10 years living in Austin – between a career in technology and playing music professionally. I have been able to work from home for my tech job since mid-March. As busy as work has been on that front, it is what has afforded me the time to step back and see how I might want to pursue music and life further in these times.

On the personal front, I muse that the introverted part of me seemed completely okay with the idea of disconnecting from the world for some time, though I wish the external causative reasons were different. However, the part of me that wants to be around people – that needs connection – is starting to feel it now. I wonder what paradigm shifts like this do to one’s subconscious.

I have been trying to “feel” and find my feet on the ground. And it’s only recently that I am even starting to find clarity around what I might want to prioritize, what feels important for me and my heart to do – at least for the remainder of 2020.

It has been deeply saddening and worrisome to see the growing C-19 numbers and fatalities. In addition, the continued irreverence from some in taking precautions seriously [is troubling]. My 75-year-old mother lives in Mumbai, India, and the C-19 situation there has not been great either. I am concerned about her and stay in touch regularly.

N: The connection that happens with an audience when playing live onstage can be magical. It is a profound and beautiful exchange of energy that happens when one plays live. Nothing can quite replace it.

However, in times like this, we also turn more to music and art for solace and meaning. There is community when folks show up online to support you – express their love for your music. We talk about how much we have missed each other.

“My 75-year-old mother lives in Mumbai, India, and the C-19 situation there has not been great either. I am concerned about her.”

By the way, what is cool is that every concert one now plays online is open to a global audience! So many amazing artists are doing live music sessions online. So far, on any given day of the week, you could find great music at an Austin live music venue.

Right now, these musicians are coming directly to you in your living rooms – no traffic, no parking fees, so tune in, explore!

N: I am playing virtual live sessions now. If I may, the next one is on Sunday, July 26, 5:30pm CST, on Facebook. Thereafter, tune in every second and fourth Sunday monthly at the same time. 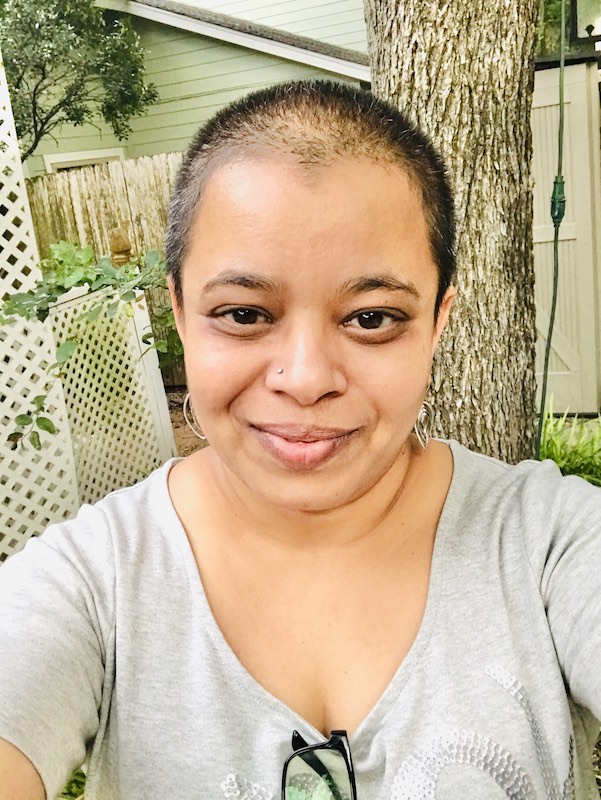 I plan to alternate playing an Eastern soul fusion set and a more traditional Indian devotional music set every month. I am also setting up a home studio to do some basic recording and hope that this will allow me to collaborate with other musicians as well. Maybe I am finally compelled to become a little more self-reliant when it comes to releasing and sharing my music.

N: I think this will be a precursor to an apocalypse if human beings do not change their relationship with nature. I am very hopeful that enough critical mass happens to affect a positive change, but deeply concerned. We seem to be the only species on Earth that takes and takes. Nature eventually finds its way to balance things out.

We have to figure out how to live more in harmony with everything around us, how we consume the resources that this beautiful Earth provides us, and how we treat other living beings.

I don’t really have a soundtrack for the apocalypse, ha! I have been listening to some Indian classical music again (it has been a moment), Bollywood music (my comfort), and some Western tracks/artists that I would eventually like to cover. Music for me, especially in these times, is peace, comfort, and joy.

Whether I am playing my originals in English, or doing a traditional Indian music set, I hope I am able to bring some peace, comfort, and joy to others as well.

Check In with the entire Checking In series.