“This has been a curve ball to test our abilities” 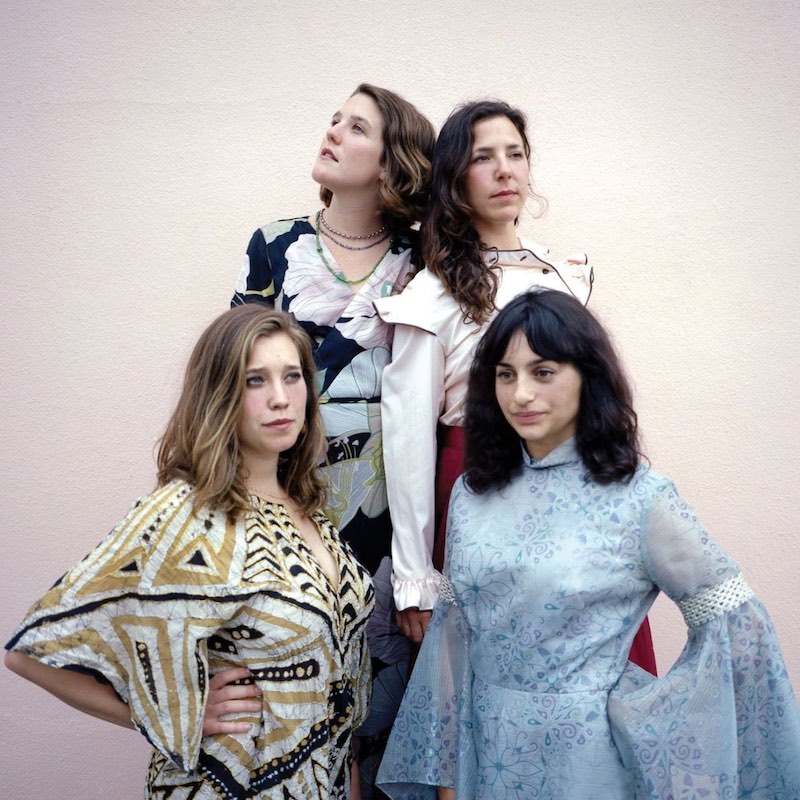 Emilie Basez: All four of us have been here in Austin. Fortunately, it was quite a beautiful spring and has been a relatively mild summer so far, and thankfully Barton Springs came to save us all here recently! We all live in different homes and for the first few months, it was really confusing and tricky to decide if it was safe for us to continue meeting. In ways, it felt “essential,” but at the same time it felt like the world was being asked to cut out certain interactions that feel essential.

Fortunately, we all have a peaceful, safe, and healthy place to rest our heads with supportive people around us individually, which has helped us to continue showing up and doing the best we can to stay connected to our fans and our expression.

“Eventually, the effect of virtual connection between us really weighed down and we started to have a real need for each other amidst a continual time of doubt.” – Lydia Froncek

Lydia Froncek: It was early March and we were all taking a deep breath before recording our title track, “We Saw Blue,” for our upcoming album. Through our headphones, our engineer asked, “Y’all want the news now or later?” That's when we found out SXSW had been cancelled.

Little did we know that was just the first heavy rain of the flood.

Our last live show was March 7 at the Far Out Lounge in South Austin. It was a magical, chilly night that quickly became unforgettable. The parade of cancelled shows started to roll in and the world of virtual performing became the new option.

In the first few months, it was extremely heartbreaking that COVID became a real threat to our coming together, even to play music for the sake of our hearts. We committed to daily Zoom meetings to make sure we stayed on track in finishing all of our projects, like our new album, an accompanying visual album, and even a new podcast telling the stories behind our songs. Eventually, the effect of virtual connection between us really weighed down and we started to have a real need for each other amidst a continual time of doubt.

Our sisterhood is much deeper than our interdependence financially and performatively. It’s also very spiritual.

Kate Robberson: As a band, it feels like our fans have overall been very supportive, hopeful, and sharing messages of love and appreciation. But, we've come to face the reality that the “service” of live music that we provide, which was already financially undervalued, is even less valuable now. We’re not going to be earning more than $300 each a month, max.

At the same time, we know that fans and live music fanatics are hurting nearly as much as the musicians themselves. It’s one community and we all depend on each other to fulfill the basic human need of connection and celebration. The exchanges that happen when uniting around live music are invaluable and we all know it cannot be understood in a material way, but we trust that everyone will make it through.

“We’ve come to face the reality that the ‘service’ of live music that we provide, which was already financially undervalued, is even less valuable now.” – Kate Robberson

Madeleine Froncek: For the past four years, we’ve been used to having jobs alongside music, but in February, we were optimistic about how much career growth we would see through the rest of 2020. We had several fantastic tours lined up thanks to our new booking agent – our first tours that were not self-booked – and the world’s best manager, Kevin Wommack, had recently joined our team. Luckily, both of them are sticking with us and doing the best they can to help us move forward with our chins up.

We’ve always been creative and innovative in forging our own path in the industry, so this has been a curve ball to test our abilities. Lately, we’ve been more optimistic about possibilities of transitioning towards booking small outdoor house concerts.

Ley Line: Everyone in the band definitely has a different soundtrack, but I think we all try to keep moving along through all of this with playlists including Karen Dalton, Brockhampton, Rubblebucket, D’Angelo, and much, much more. Norah Jones and Anderson .Paak just put out new music that has really seen us through this. 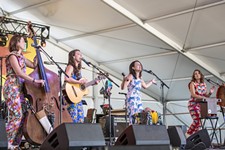