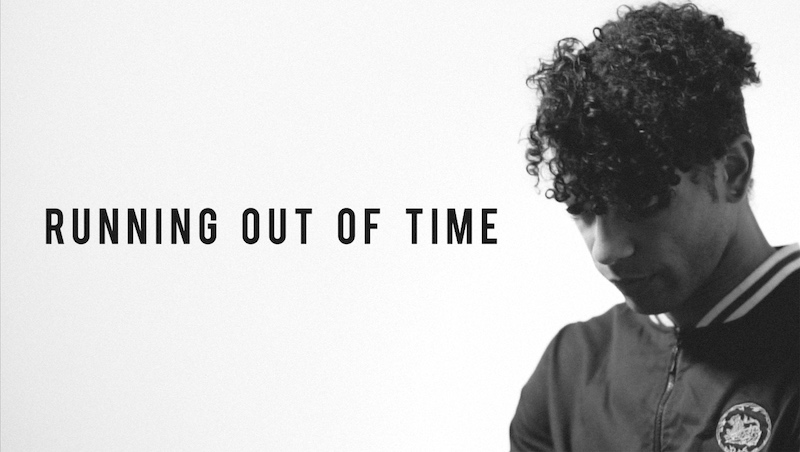 Jonathan Hortsmann in Urban Heat’s “Running Out of Time” video

Creating compelling visuals ranks as no easy task in a pandemic. Urban Heat leader Jonathan Horstmann effectively self-directed a music video for “Running Out of Time.” He shot his bandmate’s performances from a distance in his home studio, then drafted spouse Hannah Sexton to film his parts.

A slow-cut, black-and-white capture of a band in motion, the clip arrives as a cut above most in the admittedly early COVID-19 era. It brings to life the trio’s latest single, “Running Out of Time,” in which Horstmann laments a restless existence. Like previous stand-alone offerings “Stay” and “Gun in Your Hand,” the song thrives on its composer’s knack for penning a potent hook.

Recording came together remotely, with Horstmann and the group’s two multi-instrumentalists, Kevin Naquin (Blastfamous USA, Nght Hcklrs) and Paxel Foley, existing in separate petri dishes. Instead of previously planned studio sessions with producer Jonas Wilson, Horstmann found himself quarantining with family in North Carolina. During that time, he wrote new material and sent the tracks to Wilson for additional parts and mixing.

He found the remote process surprisingly conducive to substantial collaboration.

“It was really interesting to see what happens when we’re not sitting in the same room,” he reflects. “There wasn’t that usual conversation: ‘What do you think about this?’ ‘Yeah, well, maybe we could do this.’ It’s great to be able to bounce ideas back and forth, but it’s also really cool to just commit to something – to put it on tape, so to speak, and send it and say, ‘Hey, this is my idea.’”

Formed last year and affiliated with locals Space Flight Records and Wilson’s Mr. Pink label, Urban Heat follows the bandleader’s tenure with the overtly political industrial electro-punk group Blxpltn. When founding guitarist Khattie Q quit that band in 2015, Horstmann began playing synth to fill the void of her musical parts. That began his relationship with an instrument that changed the way he makes music.

After the birth of his daughter two years ago, Horstmann initialized sample-based music so he could create by headphones and thus not wake his family. There, he gravitated toward analog synthesizer sounds. That led to him acquiring an arsenal of hardware and drum machines, which became his main tools and inspired the darkwave sound of his current group Urban Heat.

“Electronics really changed what music was in the Seventies and Eighties,” he says. “It’s funny how it’s this post-punk thing, and for me – with my last band being a punk band – it’s literally a post-punk project.” 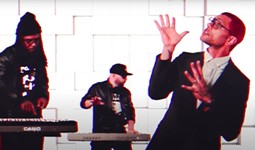