After crafting videos for bands like Boogarins in his native Brazil, director Cléver Cardoso (Granada Filmes) linked up with locals Trouble in the Streets while taking a year as a visiting scholar at the University of Texas at Austin. 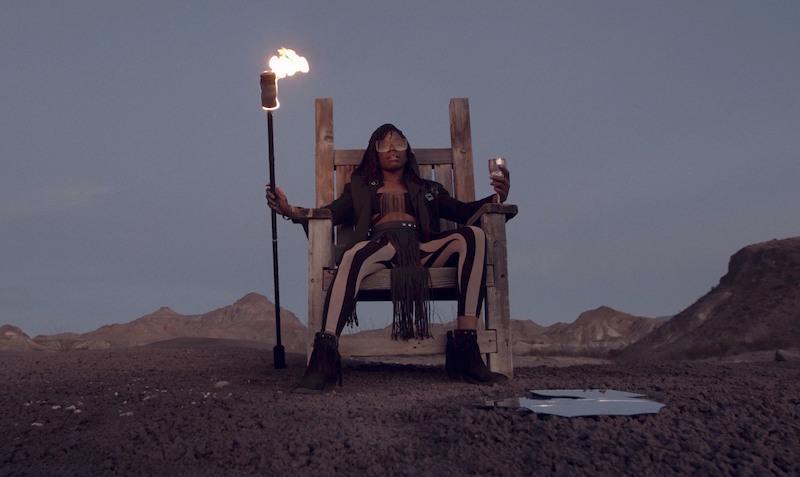 Nnedi Agbaroji of Trouble in the Streets (Photo by Cléver Cardoso)

“The video has a very post-apocalyptic, Mad Max feel to it, and in many ways echoes a subliminal commentary on post-America,” emails drummer Bobby Slangen. “It’s a world where our gilded masters, and the control they once had, has broken. Now, we are left to create our own sense of order in the world.”

While penning the track, released on the album May 2019, frontwoman Nnedi Agbaroji processed police brutality and mistreatment of asylum seekers at the U.S.-Mexico border.

“The lyrics came as a personal catharsis of navigating what the Black experience, particularly in America, entails for me,” explains singer Nnedi Agbaroji.

“The lyrics came as a personal catharsis of navigating what the Black experience, particularly in America, entails for me,” explains the singer. “I was trying to process the bombardment of police killings and brutality that we are inundated with every single day, so my lyrics moved from introspective growth to a more macro-geopolitical outlook.”

Musically, Slangen says the group was “heavily influenced by festival culture and live electronic funk and jam scenes, especially coming out of Colorado.”

“We wanted to make something danceable and funky, but also have that low end dirtiness that is a trademark of the band,” he adds.

In the video, fire, mirrors, and endless landscape build intensity, including an appearance by guitarist Matt Muehling (McMeta), who played on the track. Footage ventures through the artistic landmarks surrounding Marfa – like Prada Marfa, Target Marathon, and Haroon Mirza’s Stone Circle.

“To capture the best light, we were waking up before sunrise and then going back out to shoot at sunset and not getting much sleep,” says bassist Andy Leonard. “It kind of put us in a trance. We would lose track of time. It made the whole experience feel like we were in a dream.”

Trouble in the Streets promises an upcoming collaboration with local indie folkers the Deer, alongside a new T-shirt featuring artwork from the video, available on Bandcamp. After a long lead up to the release of visuals for “Mad Science,” Agbaroji finds particular poignancy in the timing.

“Nina Simone said that an artist’s duty is to reflect the times in which they find themselves,” notes Agbaroji. “The times we find ourselves in are the most tumultuous of my lifetime. Seeing the video now, it says to me: We’ve forgotten the troubles that were issued to the worlds before ours.” 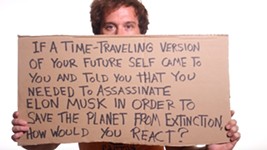 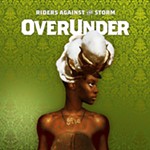